Rummaging through 'Lead Mountain' a little while back I came across six old GHQ T54/55's (so old they don't make this particular model anymore) and decided to slap some paint on them yesterday, finishing them this morning.

Whereas in 1967 the Egyptians painted their AFV's overall sand, by 1973 they had started applying a camouflage scheme. Researching this has been difficult with lots of contradictory information. The old Osprey Armour of the Middle East Wars states that the Egyptians applied a brown disruptive pattern over the sand, other sources state that this was green (the same as the Syrians), others have a three colour sand, green, brown pattern (and I have found photos of this)

In the end I settled on the three colour scheme using Vallejo Iraquian Sand, Reflective Green, Flat Brown and an Army Painter Strong Tone ink wash and am pleased with the end result. 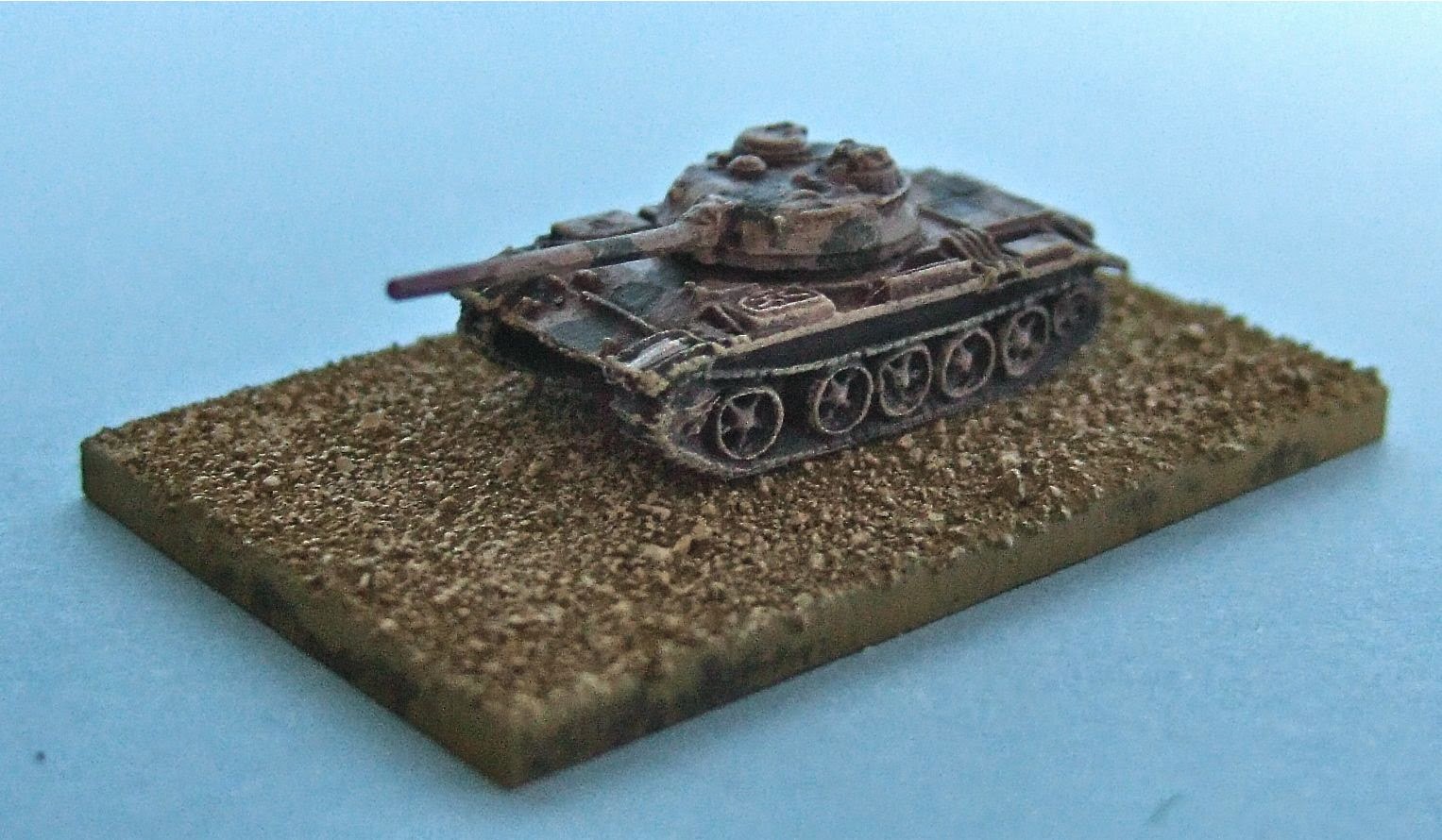 Ideally I'd like to bring this company up to full strength with an additional four models, but it is useable as is. 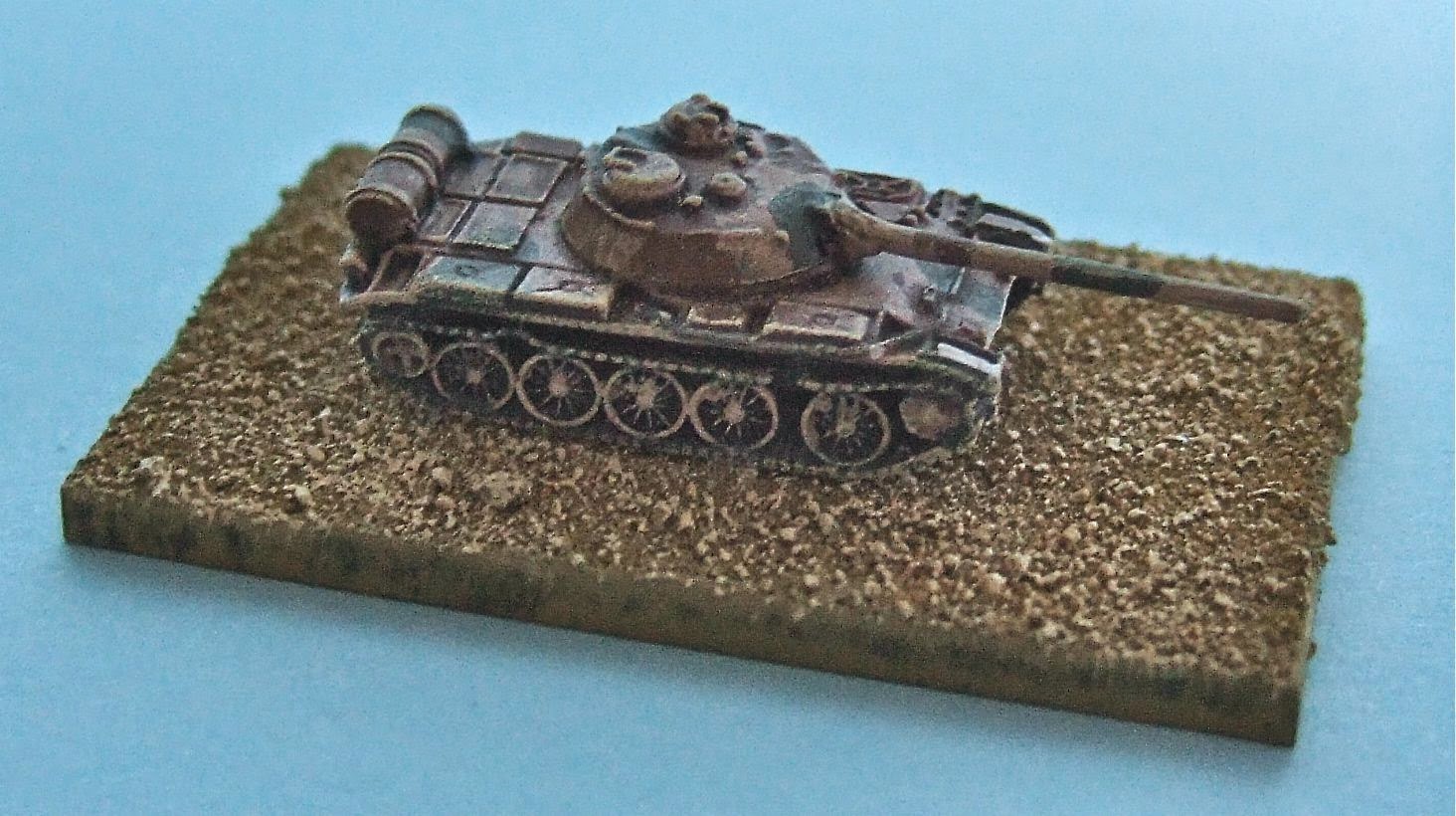 Edit: Sight SNAFU! Just realised the white identification markings on the front mud flaps should be white-green-white not as painted. That'll teach me to paint stuff at 11pm without double checking the source photo!