I found some more useful models in 'Lead Mountain', three old GHQ T-62's. The Egyptian Army received approximately 200 T-62's from the Soviet Union between 1971 and 1973. They were organised into two Armoured Brigades, the 15th and the 25th, and they spearheaded the Egyptian advance once the Bar Lev line had been breached.

I painted the models up in the same three colour camouflage as the T54/55's the only difference being the "rattleskin" pattern on the gun barrel (this would look nicer on a larger scale model). 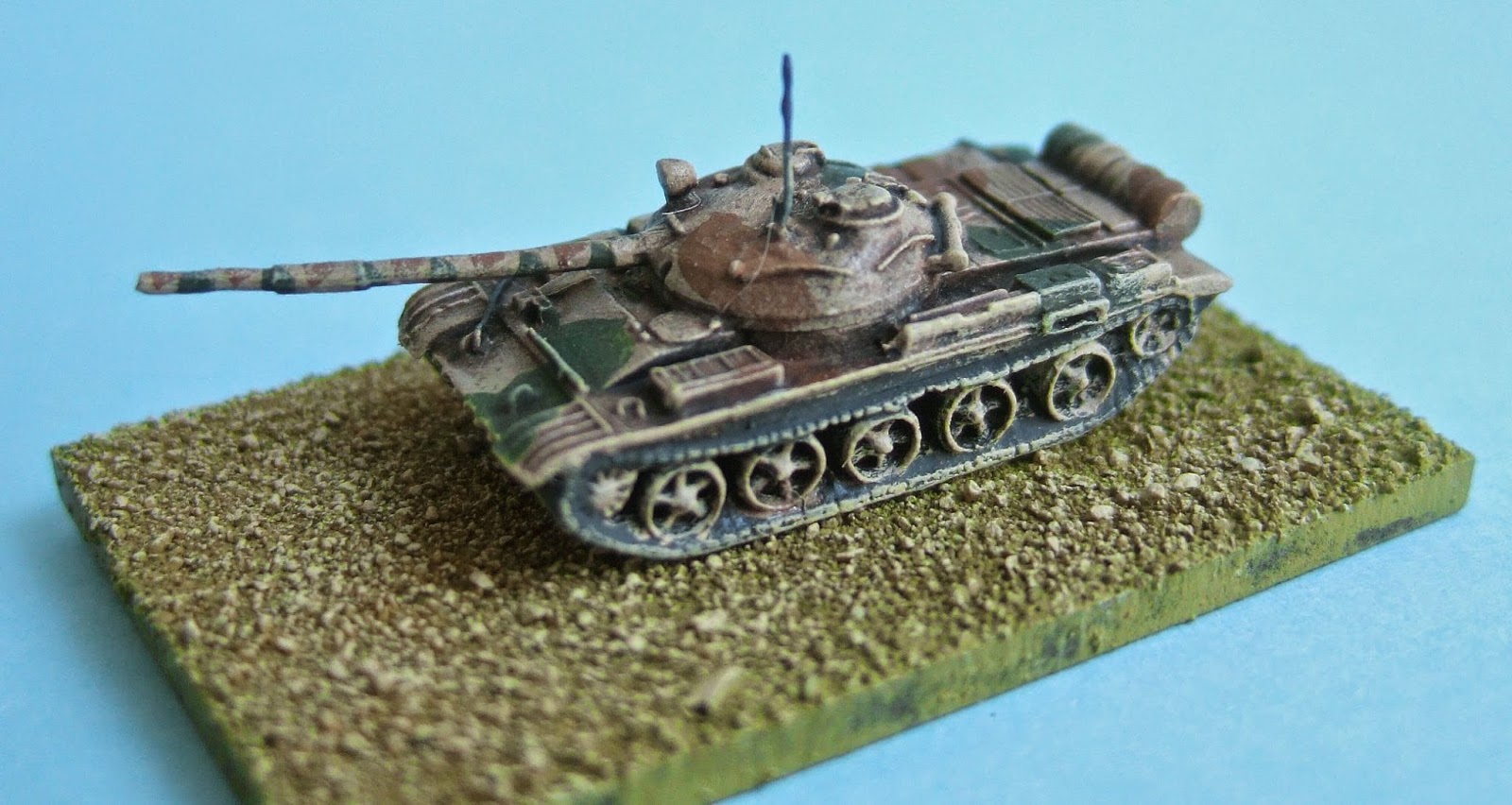 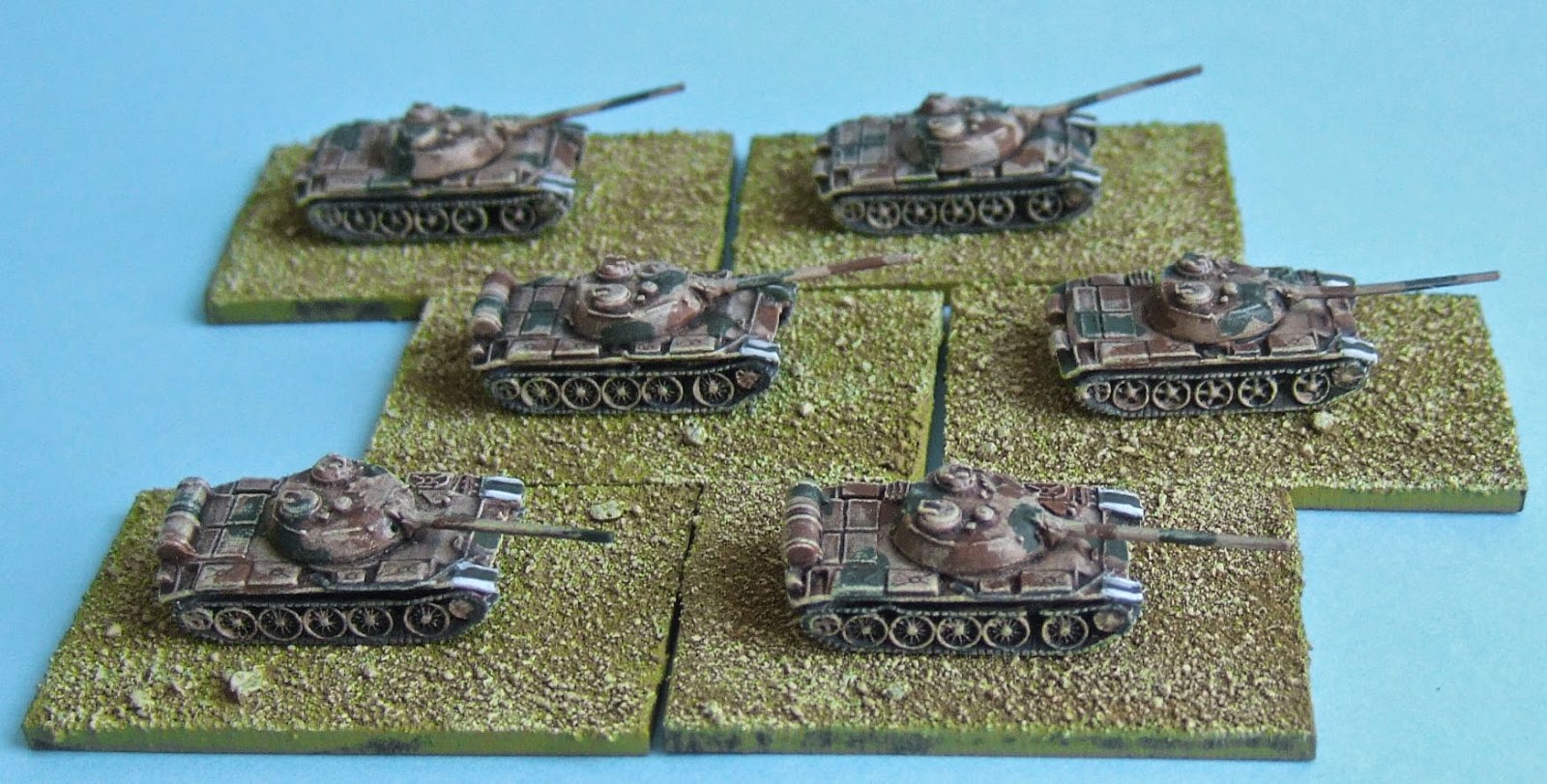