Having finished the Dwarf Panzerfäuste Futbowel team, I cracked on with the Orcs. The set I received was a pre-production set that contained one duplicated figure. Production sets will contain eleven unique Orc futbowelers. 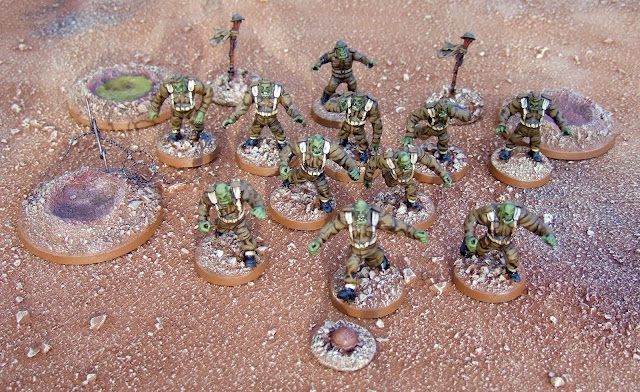 Like the Dwarves they are in 1940's kit to maximise usage, though the goalie is in LOV (Local Orc Volunteer) uniform rather than the standard battle dress the outfield players are in. 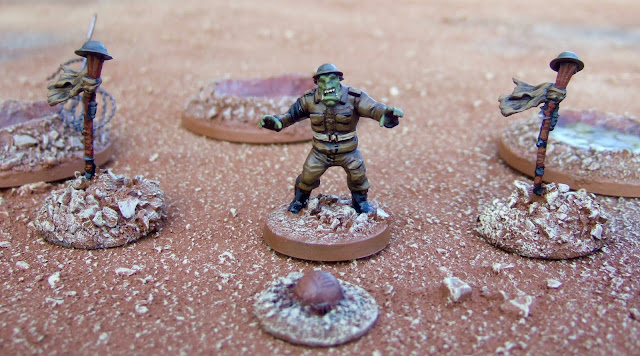 I finished the Dwarf team for Panzerfäuste Futbowel yesterday and managed to take some in focus photos today! 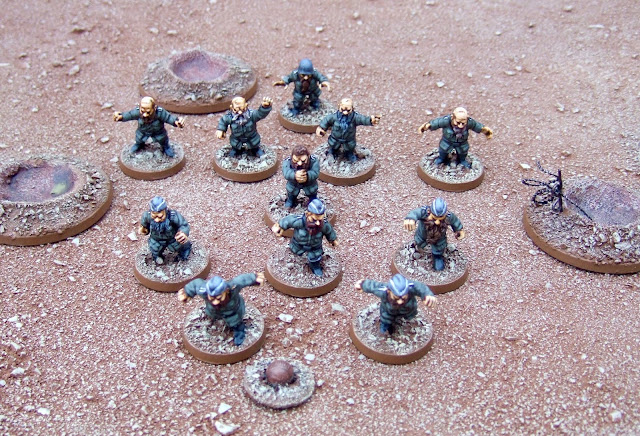 Whilst the game is inspired by the 1914 Christmas Truce, the figures are sculpted in WW2 uniforms to tie in with the Panzerfäuste background and have use beyond the game as POW's, heavy weapons crews etc. 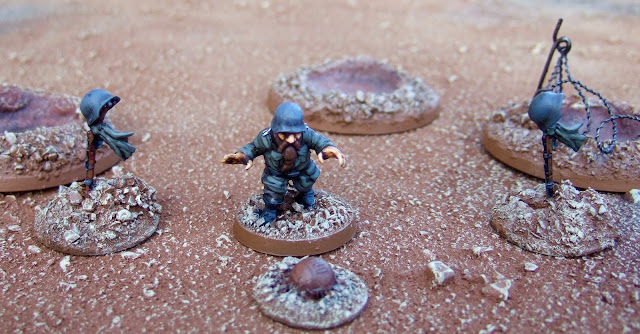 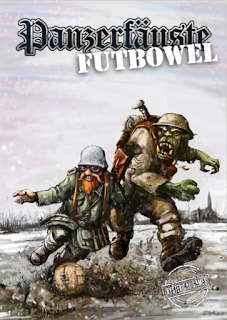 Yes, I am still alive! :-) Life, the universe and real work getting in the way.

Anyway, hopefully you are aware that Hysterical Games are releasing a beer and pretzels game very, very soon called Panzerfäuste Futbowel, "recreating" the games of futtie played during the unofficial Hognachtswatch truce.

Matthew Hartley has completely revisited the old Wessex Games Futbowel rules and come up with a playing card driven game that is really quite cute and a lot of fun. As befitting a game set in No-Man's Land, the playing surface is broken up by shell caters, the rules stipulating you need 18 with a 50cm diameter (you don't use all these at the start, there are unexploded bombs that may create new ones).

Now you could just cut out some card circles but I felt creative and decide to make my own.

The process is very simple and cheap. I used some brown air drying clay I bough from Hobbycraft, broke some off and rolled into a ball. I pressed this onto a 50mm slottabase (not necessary but it does help tie in with the figures and not sit proud of any rocks on my playing surface).

I then pressed my thumb down in the middle and wiggled it about to make the crater. The edges were then pressed down and smoothed to the base edge. I then stippled the inside of the crater with an old  toothbrush to give a fine earth effect.

Once dry (don't rush in an overly warm oven!) I then coated the outsides with some builders sand and then painted the same colours as the figure bases and board.

A couple I tried a gungy greenish water effect in (I think I still need to add some resin to these).

And two others had a damaged barbed wire post added made from paper clips and some "barbed wire" bought off SnM Scenics on eBay.

And that was that. Tomorrow should see some photos of the Dwarf team (hopefully in focus unlike today's effort!)
Posted by Steve at 13:42:00 2 comments: