Well I lasted until the final week of the Warlord Games sprue sale before weakening, but yesterday an order for a pile of Marlburian Infantry sprues went in as each sprue has 12 figures on and costs just £2.50! Don't ask how many I ordered, but free postage is such a temptation! Unlike other ex-Wargames Factory plastics, these aren't as slim and fiddly, the main reason I resisted the AWI sprues...
The uniforms are pretty generic, so can be painted up as a number of nations, the issue now is which ones... As interesting as Marlborough's campaign is, I have been intrigued by the operations in Portugal and Spain between 1701 and 1710, and there is a book by Nicholas Dorrell coming out at the end of the month (Marlborough’s Other Army: The British Army and the Campaigns of the First Peninsula War, 1702–1712). It looks like it will provide a good overview of all the participants, not just the British (one of the things that interests me is the wide variety of armies who operated in Spain during this campaign). 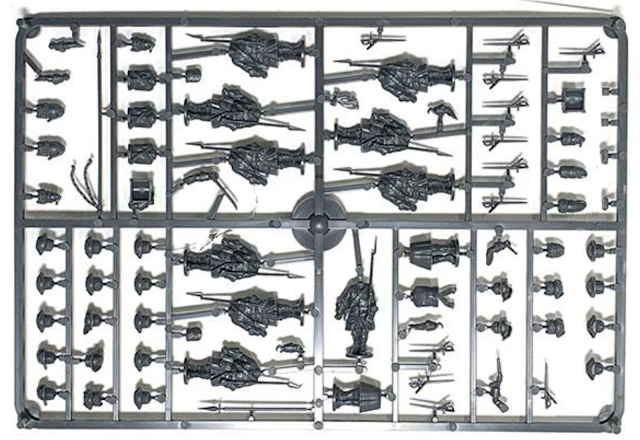 Rules wise I am looking at Dan Mersey's The Pikeman's Lament, as I have had a copy sat around for a little while now as I had not settled on what war to go for as a starter project (the sprue sale solved that!). Whilst the rules are mainly written with the C17th in mind, they do run through to 1720 so cover the Marlburian period. I also have Donnybrook which I have been re-reading and drawing up plans for...

Not quite sure when I'll start on this, I have to wait for the sprues to arrive, but I can start the planning now units now!

The Men Who Would Be Kings: When 'arf of your bullets fly wide in the ditch...

Apologies for the delay in recent reports from the North-West Frontier but news of defeat moves much slower than that of victory!

A few weeks back we decided to try the Run to the Hills scenario from The Men Who Would Be Kings. George and I had played this twice previously in the Sudan with the Mahdists taking the role of attacker and defender - and losing on both occasions so I was reasonably confident the thin khaki line would be able to see off the hordes of white robed Pathans as they retreated from Maiwand...

Things started somewhat poorly as the 1/66th and 2/66th, clearly exhausted after the main battle, refused to advance. The Tajik irregulars, 15th Sikh came under fire from a group of Afghan Irregular Infantry, George had managed to get into the cover of the hill, whilst the 3/66th and 92nd (Gordon Highlanders) engaged some Afghans to their front. 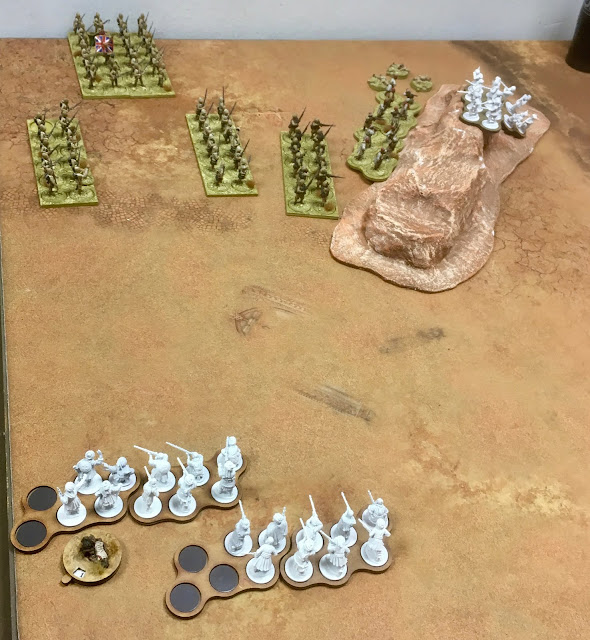 Elsewhere on the battlefield the massed Ghazis were moving to take control of the main hill line.

The British advance was pitifully slow, the 92nd Highlanders, 15th Sikhs and Tajiks getting embroiled in a bitter firefight with the Afghans in the hills... 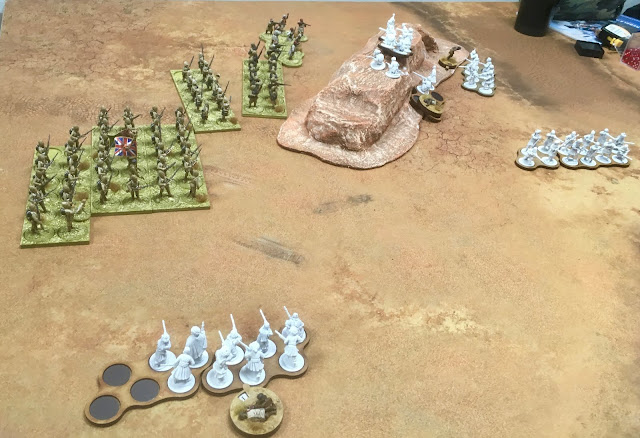 Whose unerringly accurate rifle fire (hitting on 6's) was whittling away the brave Imperials... 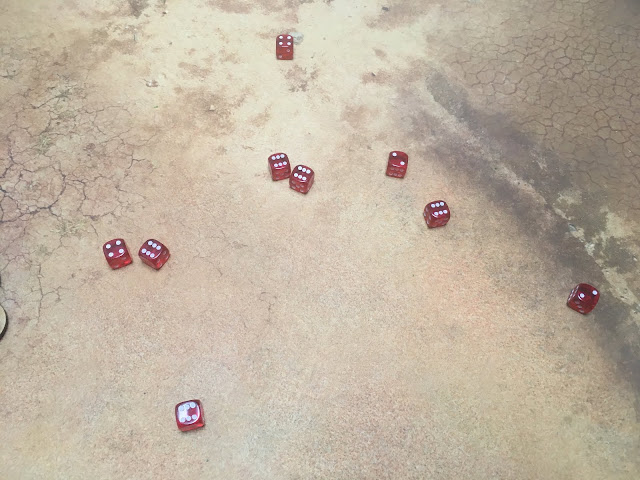 ...the 2/66th suffering badly as they tried to cross the board. 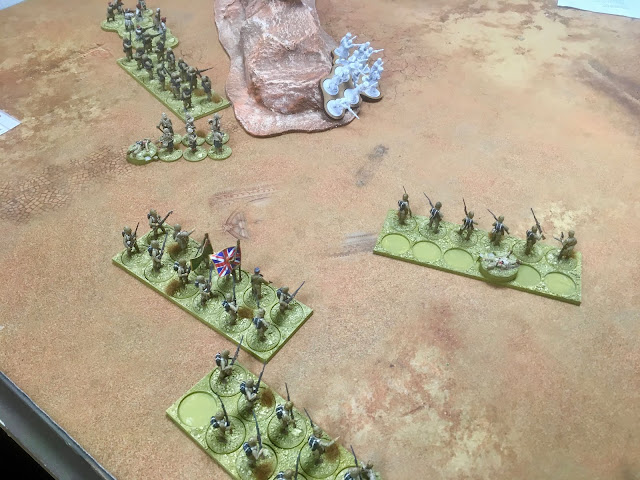 Whilst one unit of Afghan rifles had been wiped out, the second one was proving to be a determined foe. The Sikhs advanced onto the ridge line and the remaining Highlanders charged in to finish off the pesky natives! 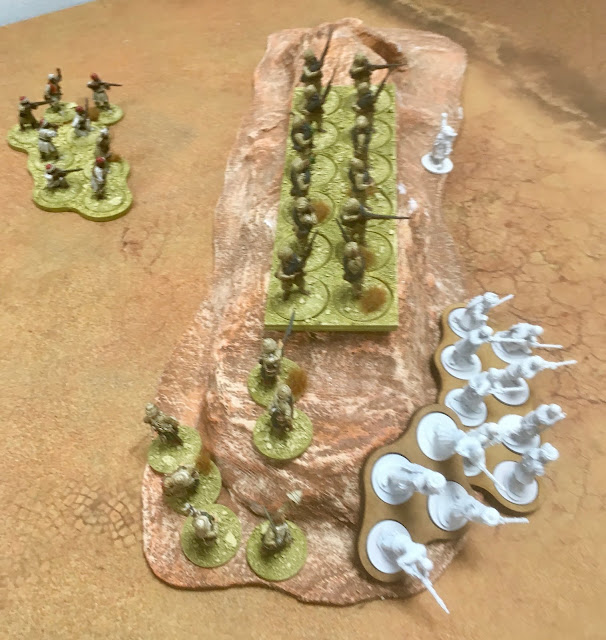 Only to be wiped out in a flurry of bayonet and tulwars! 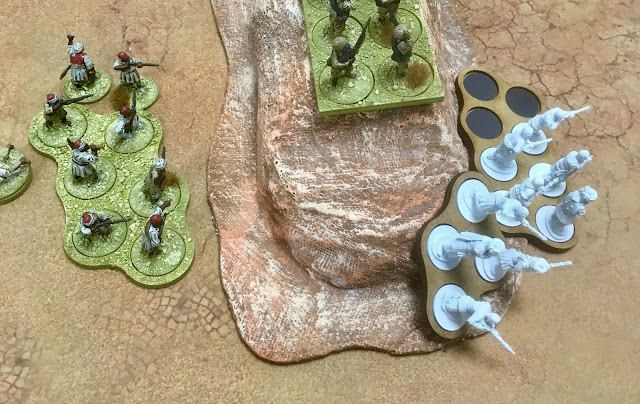 Elsewhere the 66th were trying to exit the table, but came under fire from another Afghan rifle unit and ahead saw masses of Ghazis in the mountains! 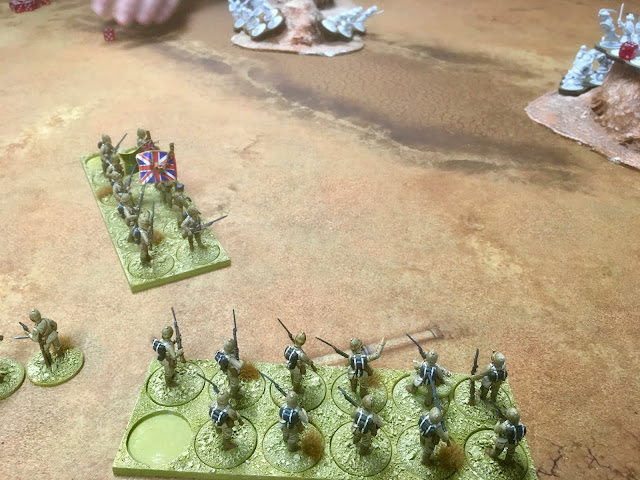 Adopting the maxim of "slow and steady wins the race" the two (largely) full-strength units of the 66th formed Close Order and marched towards safety, keeping an eye fixed on the massed Ghazis! 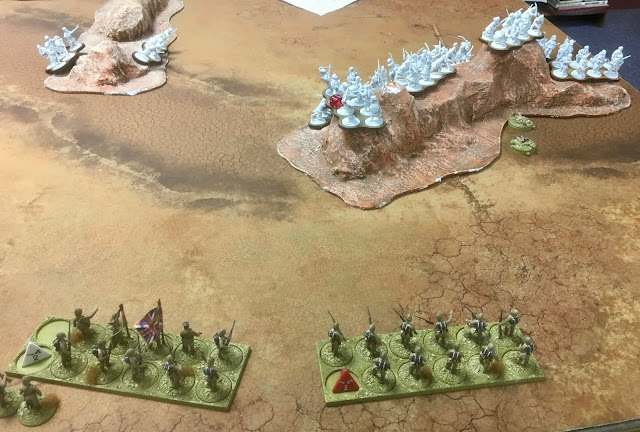 Further back the Sikhs were still trading fire with the Afghans and gradually losing men. The Tajiks decided that they would not get involved... 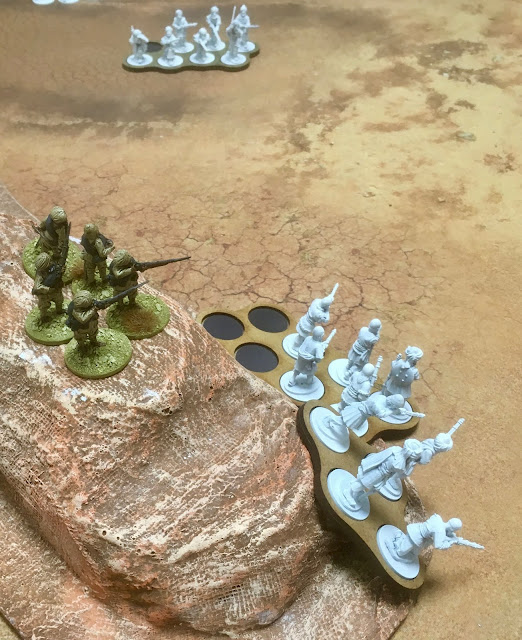 Eventually the remaining Sikhs proved victorious, but the two Irregular Afghan units had pinned down and immobilised half the Imperial Army! 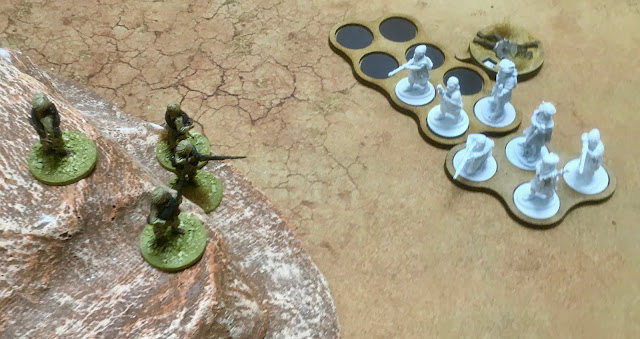 Back with the 66th, the Ghazis charged in... 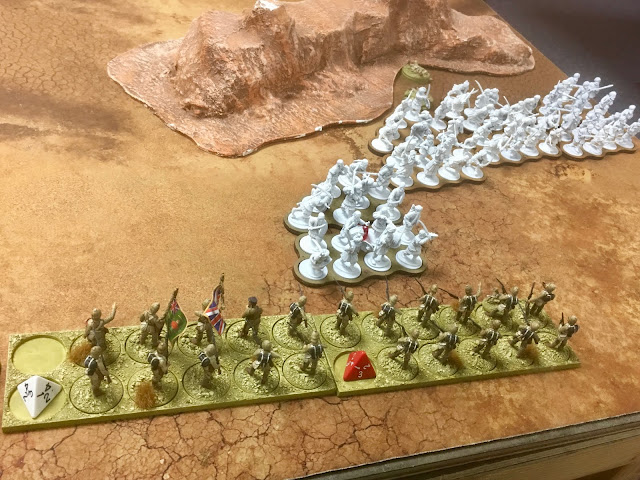 Volley fire wiped out half a Ghazi unit and it failed its Pinning test! 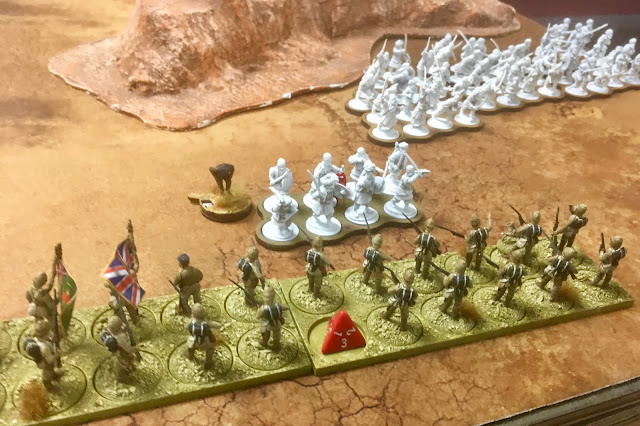 Unfortunately a second unit charged into the flank of the 3/66th, forcing it from the field of combat! 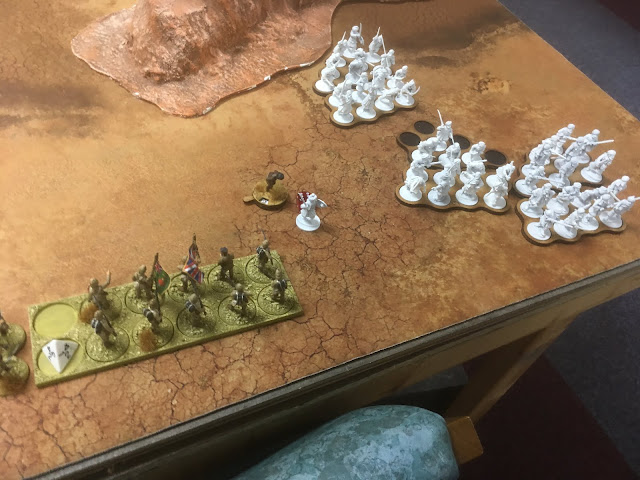 The remaining troops of the 1/66th fought on, sending many a Pathan to Paradise, but the brave Brits were being whittled down... 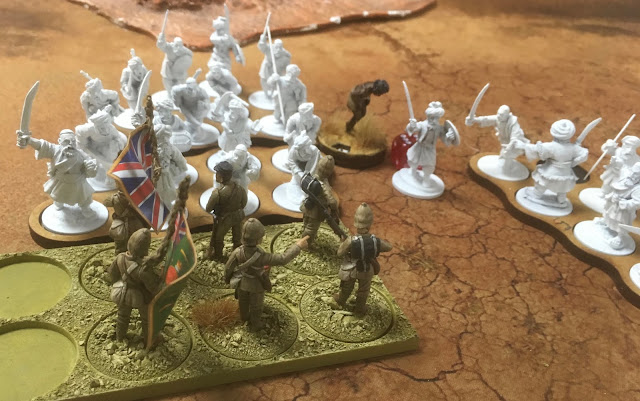 ...until eventually just two stood, standing proud, as the Ghazis charged in and finished what they started at Maiwand!

Another good game of TMWWBK, I have to confess I was possibly a little bit over confident at the start (having won this scenario twice against the Mahdists) and hadn't learned my lessons from previous games of just how effective the Afghan Irregular Infantry fire could be (especially with my unerring ability to fail Pin tests). With two units of them having tied up half my Field Force (and the 92nd Highlanders performed abysmally), I did not have enough firepower to blast through the Ghazis at the end.