It's taken me some time since Panzerfäuste sat happily in my head space but I've decided that I'm going to try and tackle the pile of unpainted resin and metal I have for it this year. One set of the miniatures I always wanted to paint was the Deathless (undead) Command with the demonic Likho and the undead Rusalka - drowned Dark Elf KGB witches reanimated by the evil Count Koschei.
I've made some good progress on a number of the Likho models but today finished the trio of Rusalka witches that provide the Deathless army with its magickal component. 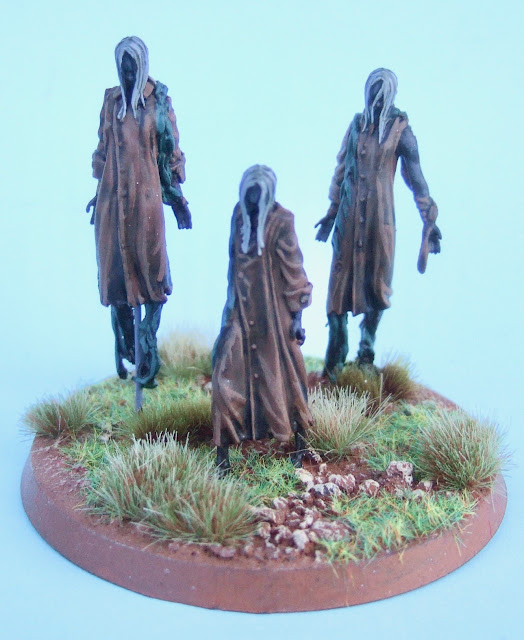 The miniatures are just base painted, washed with Army Painter Military Tone (similar to the Strong Tone but with an dark olive green-brown tint), then with highlights applied. The models are lovely and it did not take a lot of effort to achieve a decent result (I think the models look nicer than the photo).
Hopefully I'll get some Likho and my first 10mm Red Indians completed through the week...
Posted by Steve at 17:44:00 No comments:

Not mentioned in my A Cunning Plan (or two...) for 2021! post was the World War One project that a few of us down BIG are planning for 2021 (pandemic permitting). Long time readers of the blog will know this is not my first dabble in WWI with 6mm and 20mm projects started and unfinished. Of course everyone else wants to do 28mm so I picked up a couple of boxes of Wargames Atlantic Germans which have gone AWOL somewhere on Lead Mountain so I had to buy another...

We haven't decided on the ruleset we are going to use, Chain of Command WWI, Through Mud & Blood, Blood & Valor and The Great War have all been suggested, but for getting some figures sorted and painted up I'm using the army lists from The Great War despite it using a 3:1 figure scale with nine men representing a platoon (in other games it will just be rebadged a section).

The Wargames Atlantic plastic WWI Germans are lovely and have a host of options and head variants in the box including gas mask heads and fifty individual stick grenades to embellish your figures! Whilst the plastics only cover basic infantry, fortunately the Great War Miniatures metals are compatible so I have ordered some support elements such as HMG, Light Mortar from North Star via BIG. 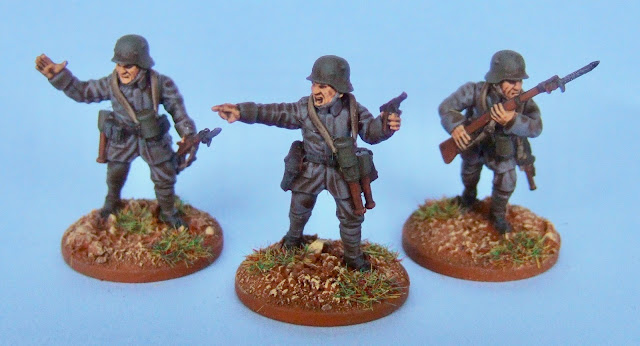 Still not having found the two original boxes I bought last year I picked up a fourth(!) box at the weekend to make up a second Assault Company and when the originals turn up I have a plan to turn then into WW2 Chinese! :D