Today is the UK's second ever Armed Forces Day honouring Britain's armed forces, past, present and future. Not sure why it really got this country so long to organise this (or the predecessor Veteran's Day which was first held in 2006 - whatever history says or we think of Gordon Brown, kudos to him for getting this up and running), probably the British psyche of "not making a fuss..." There are lots of events running across the UK, but if you can't attend one please remember to raise a glass later today for all our soldiers, sailors, marines and airmen for their service and sacrifice for our country, past, present and future.
My son-in-law, David, is an officer on the Ark Royal and has the honour (ie. drawn the short straw) of having to shake hands with the Prime Minister later today (he has been told to count all his fingers afterwards...). 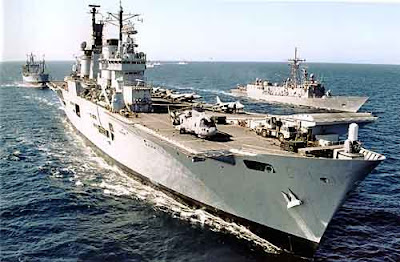 Bloody eBay... You may recall I picked up some Wargames Factory Republican Romans a while back when North Star did one of those "it would be silly not to buy it" sales. Since then I've been pondering systems, basing, dipping and when to get them out of their boxes. In the meantime I decided the OpFor would be Celts as I like Asterix and both Wargames Factory and Warlord Games do plastic ones (ok maybe Germans at a later date...). 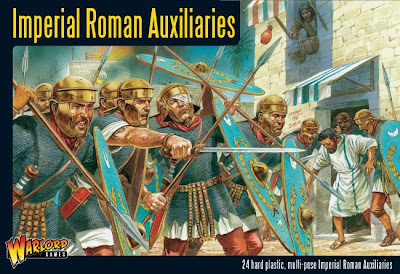 A few months on and I'd picked up a couple of boxes of infantry and one of chariots from Wargames Factory off eBay for about half price and began plotting... Then I read Anthony Riches Empire: Wounds of Honour and liking the look of Early Imperial Auxiliaries decided to hunt down a box of Warlord Games for some skirmishes with the Celts, but no way was I doing Early Imperial beyond this, nope it was Julius Caesar with some EI skirmishing on the side...

Part of me blames Iron Mitten as well, it's so bloody inspiring, also Bethany Hughes for her series on the Roman conquest of Britain on the History Channel, but mainly eBay for someone flogging off their Warlord Games Early Imperials for half price. A bid later and I've ended up the proud owner of three boxes of Legionnaires, another Auxiliary set, a box of war machines and in for a penny, in for a pound, a box each of Praetorians and Veterans... 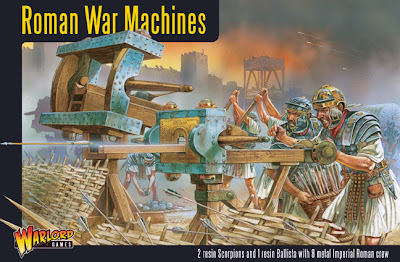 Bearing in mind I was only looking for a final box of Celt infantry and some cavalry, as well as the first series of My Name is Earl on DVD, I think I went a bit off target here, but it was a bargain, albeit a daunting unplanned for bargain. Looking at the pile of boxes of unmade plastic I think this is going to have to be a major blitz project, lock myself away for a week with a can of dip and not stop for anything. Anyway, back to the Runt Bot now which is coming long very nicely...
Posted by Steve at 12:53:00 2 comments:

One of my birthday presents was the Dan Abnett penned Ravenor omnibus, three novels about a 40K Inquisitor called Gideon Ravenor. I had read the first a few years back and really liked the detailed insight into the Imperial worlds way behind the front lines. In many ways they are crime stories more than war stories, albeit the bodycount is always quite impressive (!). This trilogy is the second in the Inquisitorial sequence so before commencing it I picked up the first, the Eisenhorn trilogy (which includes the delightful post title as Abnett describes one run down city area!), and have been reading it as I train and plane between Paris, London and Bristol.

Like Ravenor, Eisenhorn is largely detective/police style stories as the lead character and his retinue investigate and hunt down chaos cults in the Imperium. Whilst it does have a good planetary invasion at the end of the first book, but there is enough small scale SWAT type actions to make the wargaming brain cells start plotting. Whilst I have a copy of GW's old Inquisitor game (which inspired the books) I would prefer a small scale fire team unit level game and being a bit of a Judge Dredd fan might have a look at the new Mongoose playtest Judge Dredd game for some Inquisitor or Adeptus Arbites versus criminal gangs/chaos cults games.

I don't want to incur any major new expense but have a small army of SF gang figures and militia types here and there, and I was impressed by John Lambshead's Arbites from Imperial Guard conversions so this could be a good mini project for the summer if I actually get a chance to do anything than recover from traveling!
Posted by Steve at 09:09:00 2 comments:

After a week of prevaricating I've finally ordered a copy of Hammer's Slammers: The Crucible I've long been a fan of David Drake's books and bought a copy of the original game when it came out, although I never got around to playing it as I couldn't decide on what scale to go with. However with the news that Old Crow are master moulding the 6mm versions of the Slammer tanks and seeing a selection of pages (here) I couldn't resist. After seeing the (so-called) "eye candy" of the 40K car park (aka Spearhead) in WD, The Crucible looks soooo much better...
Posted by Steve at 08:02:00 4 comments:

Been a bit tied up with real world stuff which is a bummer but have got a year older this month (and now own some lovely Jacklex 20mm NWF Colonials courtesy of SWMBO) and went to Fort Nelson down Portsmouth way on a family trip (pics of this coming soon and an Aeronef sprue model as it was very interesting and inspiring). 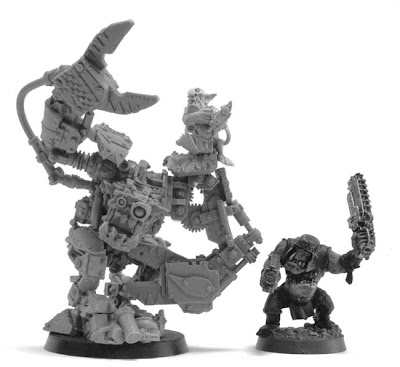 Anyhow apart from basing my NWF Brits and some 6mm SF infantry I haven't done much gaming wise but I did take a few minutes whilst SWMBO was watching Eastenders and Holby City to make up the Forgeworld Runt Bot and Grot that Saul bought himself at Salute and then gave me to paint for him. A really nicely detailed model, it could have done with a slightly bigger base and some clearer instructions but is now sitting on the workbench awaiting undercoating. Hopefully I'll get some time over the weekend to paint it up...
Being Forgeworld it wasn't exactly cheap, but as he earns his own money as Head Chorister at Bristol Cathedral and with it being a limited edition 'show only' model I was happy to let him buy what he wanted. My only regret is seeing the prices they are going for on eBay (over twice what Saul paid) I wish I'd bought one myself - you don't get investment returns like that very often!
Posted by Steve at 20:47:00 No comments: