Back in my schooldays 1/300th WW2 and Warhammer Fantasy Battle 2nd edition were pretty much all I played wargames wise. With my regular opponent Simon collecting Dwarves, I opted for the Citadel Fantasy Tribe Gnolls and Orcs and never picked up any of the Fantasy Tribe Dwarves, despite liking a number of the figures. One that I remember fondly is  FTD14 Dwarf Stretcher Party which comprised of two dwarves carrying a wounded comrade on a stretcher made of a couple of shields balanced on two wooden poles. 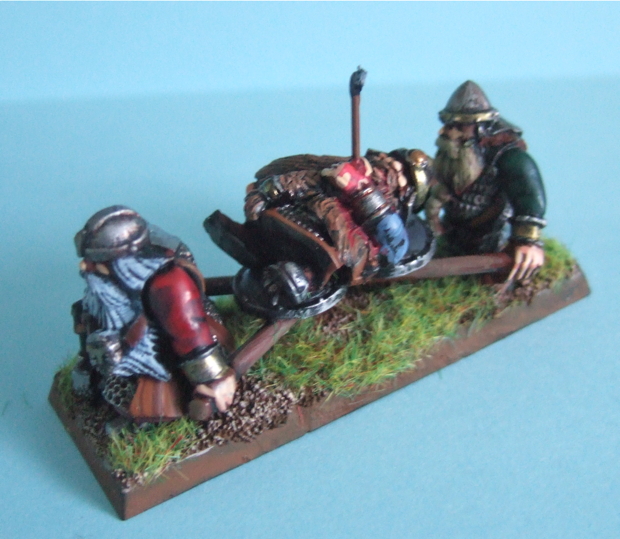 Thirty odd years later and waiting for the metallics on the Athenians to dry thoroughly I decided to try and convert a homage to FTD14 using some odd plastic Dwarves from GW's more recent releases... 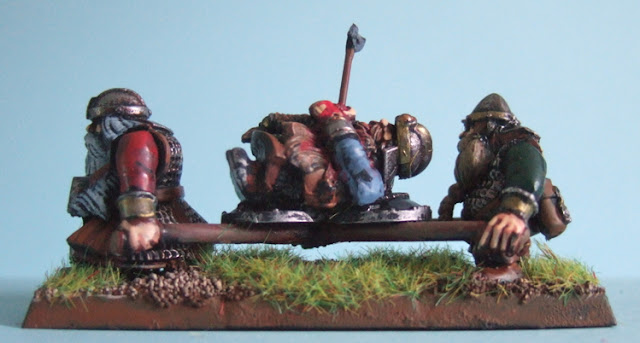 Whilst not perfect I am quite pleased with how this has turned out even if it has no practical use on the tabletop! 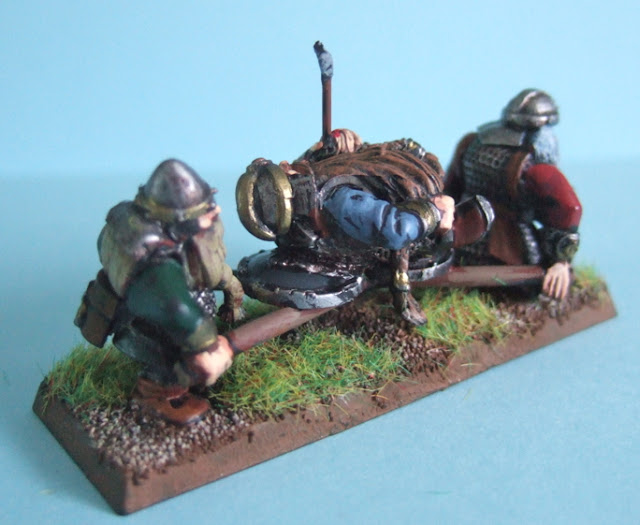 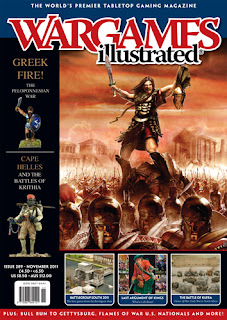 The Battle Of Marathon Re-enactment 2011

A video of the recent re-enactment celebrating the 2500th anniversary of the Battle of Marathon has been uploaded on YouTube. Whilst somewhat light on numbers it is great to see the amount of effort the re-enactors have put into keeping history alive (I was intrigued to see the only hoplite with an 'arrow curtain' had fixed it to the inside of his shield not the outside as seen on wargames figures...) 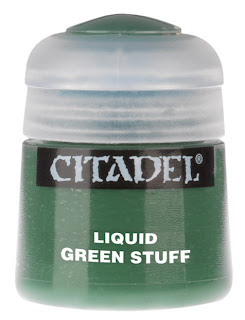 A work trip to Budapest which turned my man flu into fully blown manthrax somewhat limited any wargaming related activity over the last week but I did manage to give GW's latest product - Liquid Green Stuff - a quick spin and think it could be a jolly useful addition to any wargamers set up.

I guess the product is in response to the issues GW appear to be having with their Finecast resin and the small holes that can occur in the process and are really hard to fill using conventional materials like Green Stuff and Milliput.

Liquid Green Stuff is a very viscous liquid you literally paint onto fine cracks and small holes and seems to work very well. I've just tried it on the mould lines on my Maximilian War Mexicans which whilst not being very pronounced are distinct enough to show if untreated but light enough that they would show up when drybrushing or being dipped, especially on the sombreros. I would normally have filed them but this would have required a lot of effort and care, here I just painted the stuff on in minutes...

It's water soluble so brushes clean up easily and you can thing it for very fine lines and smoothness of finish. All in all, a useful product with lots of potential uses and well worth picking up.
Posted by Steve at 17:35:00 10 comments: 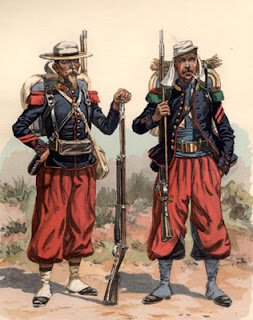 Rummaging through my drawers(!) I came across a small pile of unpainted Foundry miniatures that I'd received as a present from SWMBO many moons ago. The miniatures had an interesting history as they were originally sculpted by Mike Owen as part of a training exercise when he started at Foundry and not intended for production, however, they were so good Foundry made them available for a limited time despite them not being (IIRC) to "Foundry standard" (or more accurately Foundry style, ie. they oozed character!). The set was based on the legendary Battle of Camarón during the Maximilian Affair and comprised of about 30 Mexicans and 30 French Foreign Legionnaires.

As with many things I hadn't done anything beyond basing the miniatures up and I had been pondering, given the nature of the Mexican costumes in particular, dipping them along with some Indian Mutiny figures one day in the future...

Thought hadn't gone much beyond this until the Warhammer Historical sale, when in a moment of inspiration/weakness, I decided to buy Legends of the Old West and the Alamo supplement to kick start this project. Given that I really like the LOTR core system LOTOW uses and the fact that I don't need any more miniatures (well not fttb...) which in themselves should be easy to paint, Camarón might well get moved up the lead mountain and onto the painting table soon...
Posted by Steve at 11:29:00 No comments:

Over The Top To 1/2 Price Warhammer Historical Sale! 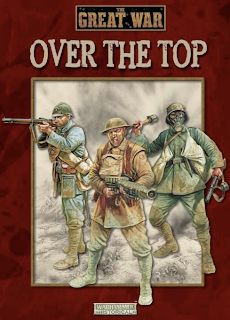 Heads up on a couple of things Warhammer Historical wise...

First off, possibly proving us doomsayers wrong, they have (finally) released Over the Top, the first supplement for the wonderful Great War rules, hurrah!

Secondly, Warhammer Historical are running a HALF PRICE SALE ON EVERYTHING, including the newly released Over The Top, Gladiator, Kampfgruppe Normandy, Waterloo, WAB2 etc.

Clearly big savings to be had, especially on the newer hardbacks. Kampfgruppe Normandy is now a tempting £24 and Gladiator just £10 (now coming off my Xmas list as I treat myself). All this on the day the Prime Minister was telling us to get out credit cards under control! :-) 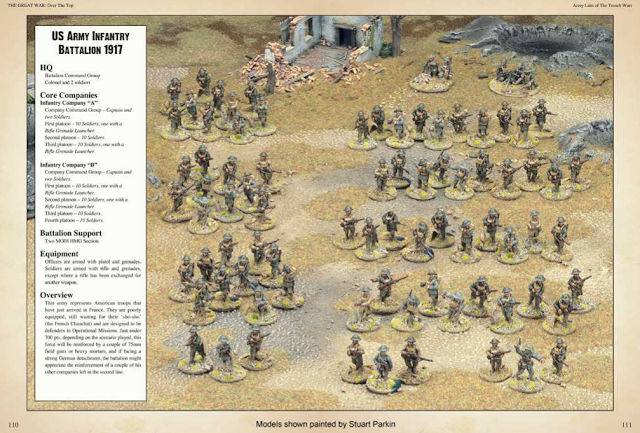 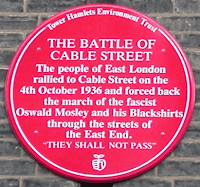 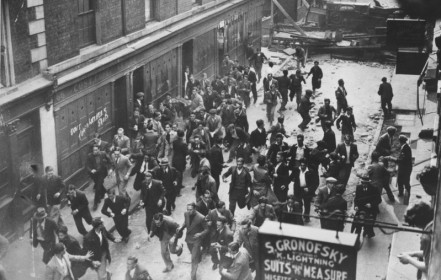 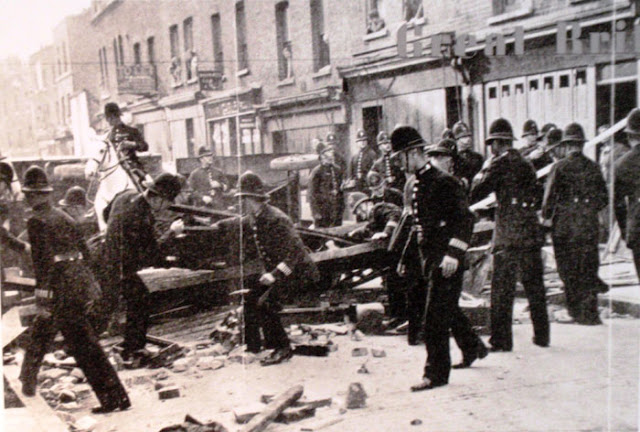