That dastardly thing of real world work has limited any hobby time this week, but I have made some progress on the Deathless Kazak... 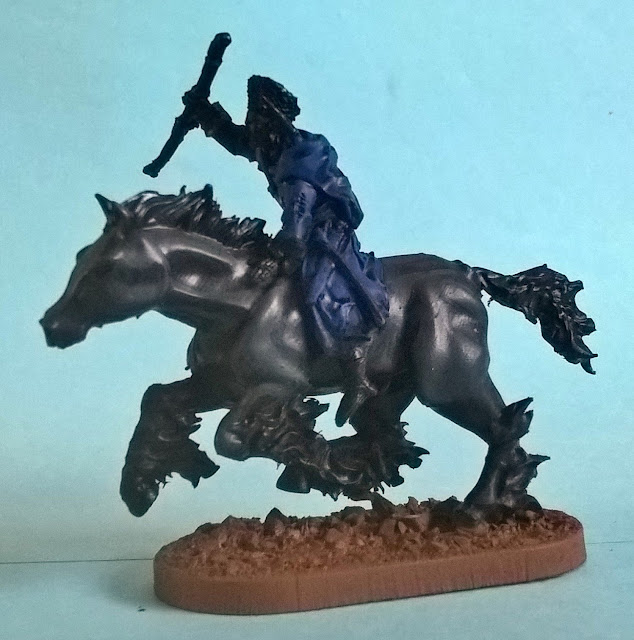 Using the new reading glasses has been interesting. It makes detail painting easier (visible!) but taking some getting use to... 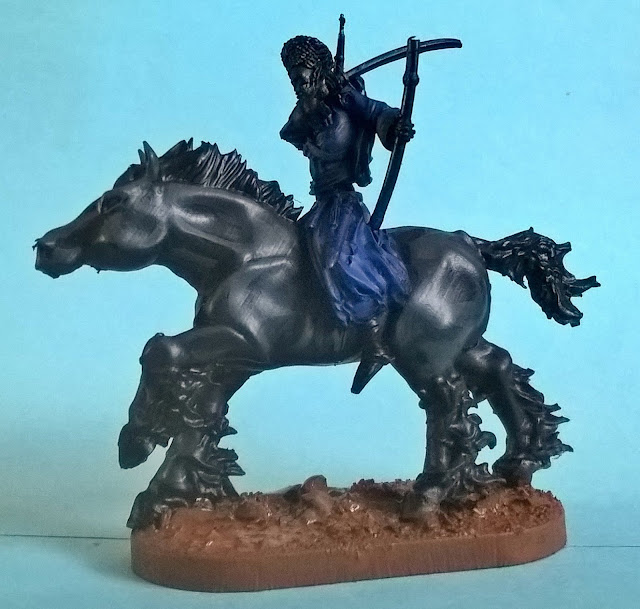 Hopefully there won't be too many domestic duties this weekend! 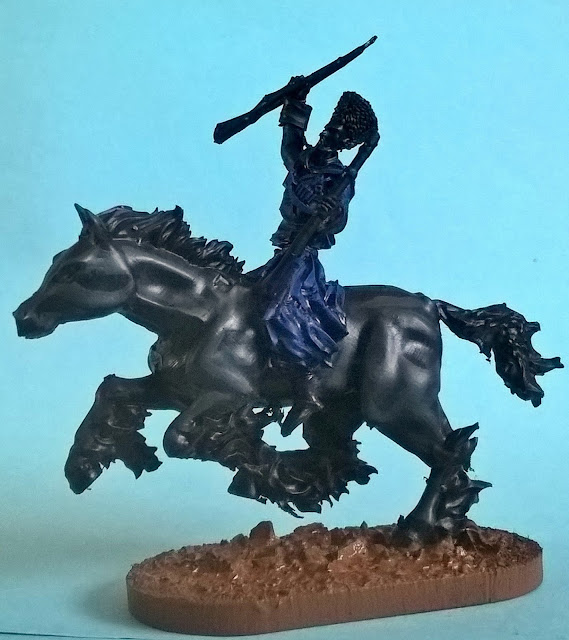 One small step and all that today... I was determined I was going to do something hobby orientated today no matter how small. Having regained access to the painting bench I found a set of the (as yet unreleased) Hysterical Games Deathless Kazak for Panzerfäuste sat there.

Imagine if you will, zombie cossacks on nightmare mounts with flaming hooves and manes and you will be in the ball park.

As you can see I did not manage to get any paint on but they are made up, gaps filled with Green Stuff, based and bases textured. Tomorrow, undercoat and maybe some painting action!

So, thinking I am probably not able to paint a 28mm figure with any degree of skill again, one of the Futbowel players I painted in 2016 had webbing painted where I thought it was not where it was on the model(!) I had been thinking about other options.

Odd though it sounds I did think 6mm might be the answer, especially tanks as they are block paint, wash and drybrush jobs in the main, I should be able to manage that. Whilst I still have my Yom Kippur project to finish, shiny wargamer syndrome did strike when reading about the Second Indo-Pakistan War of 1965...

On the face of it it might sound a bit obscure, but there are quite a lot of online and English language books and the war itself quite balanced with both sides using Western kit rather than one having tons of T55's, and the two major tank battles being won one each.

I had been scouting for models and at Colours had a nice chat with Heroics and Ros about their plans for Centurions and M47's. I'd pretty much settled that I'd look at that until I caught sight of the PicoArmor 3mm range at Reveille.

Now I know you are thinking I am completely insane, if I was struggling with 28mm details how would I manage with 3mm? Well I was thinking my 6mm painting approach would work with sections of tanks mounted on one base - and boy, it was cheap - 15 tanks for £3!

So I splashed a little bit of cash getting some Centurions and Shermans for the Indians and Pattons and Chaffees for the Pakistanis. I've yet to splash some paint on them but am looking forward to giving them a go this month....