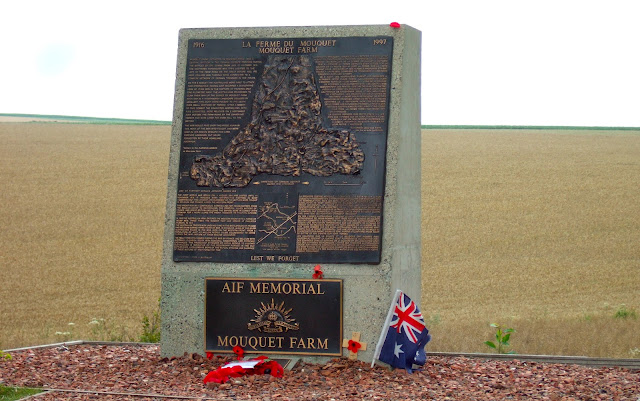 Salute was good fun as always and both Saul and I enjoyed the day. As previously stated I didn't go with much of a purchasing plan. I checked out the Scheltrum German Civil War range and bought a few packs and a couple of vehicles, nice miniatures sculpted by Martin Baker. I wasn't 100% sure whether to take the plunge as late as Friday evening but Fate dictated that I came across a couple of good articles about using Legends of the Old West for VBCW that evening in a PDF back issue of WSS I was reading - so how could I ignore that as a hint?! 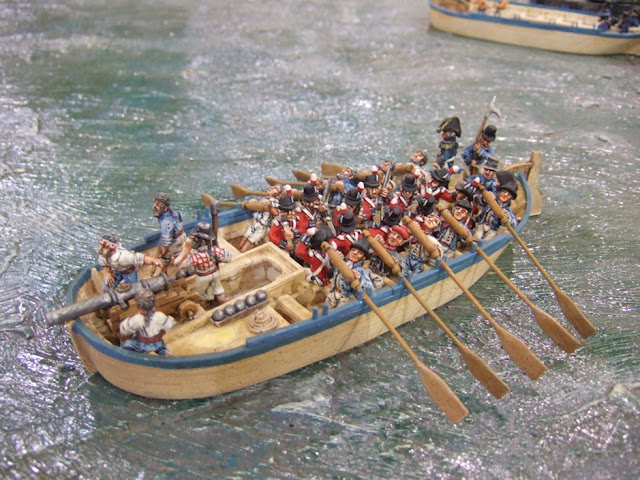 The games on show were generally of a high standard, with an increased number of 54mm games on show including an interesting looking Falklands one that demonstrated the possibilities of section level infantry combat in this scale. There were a number of big games, Corruna 1809 with its 28mm scale ships caught the eye and the Sebastapol Crimean game warranted careful examination. I personally enjoyed a couple of 1940 Blitzkrieg era games, one set in Belgium, the other in Denmark featuring a lot of 20mm scale conversions. 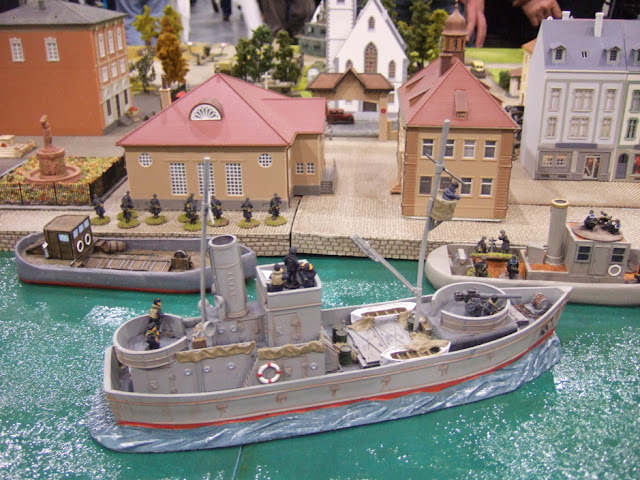 Saul and I played Akula's Fantasy WW1 game with it's superb terrain and wonderful miniatures (so wonderful they resulted in the impulse purchase of a pile of WW1 Russian Dwarves and an Angry Tree - an Ent with a bomb!) which I wasn't planning on. The game using Akula's Rules: Skirmish Edition was a fun RASH (roll a six to hit) game with card based turn system that we both enjoyed and has a lot of potential for specific game tweaking. Saul also played a Land Ironclads type game called Timeline 300 that had some interesting ideas (including mining resources and making units during the game) but he said turned into a dice rolling exercise too quickly... 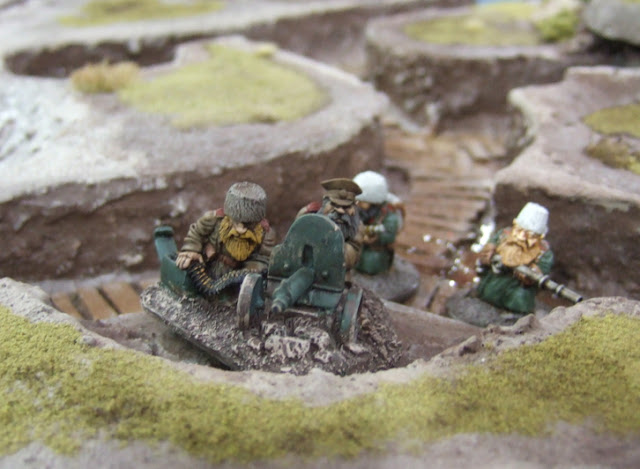 Aside from the GCW and WW1 Dwarves my only other purchase was a box of Wargames Factory Amazons from Wargames Emporium. I totally blame David Manley for this as I was picking something up for him and would not have noticed the offer on the plastics otherwise! I didn't really spot of a great deal of new toys, no doubt you will have heard the Perry's previewed the 3 ups for a forthcoming WW2 Desert War range and Warlord Games previewed plastic WW2 Russians, interesting but I refuse to get excited by stuff a year or so off. The Fireforge medievals looked very nice as did the Perry medieval cavalry but I resisted the call to buy either as I haven't a fixed idea to use the former and still need to make up the infantry that will go with the latter. I completely forgot to buy some ACW artillery to go with the plastics I have or visit the Eureka Miniatures stand which I had planned to. 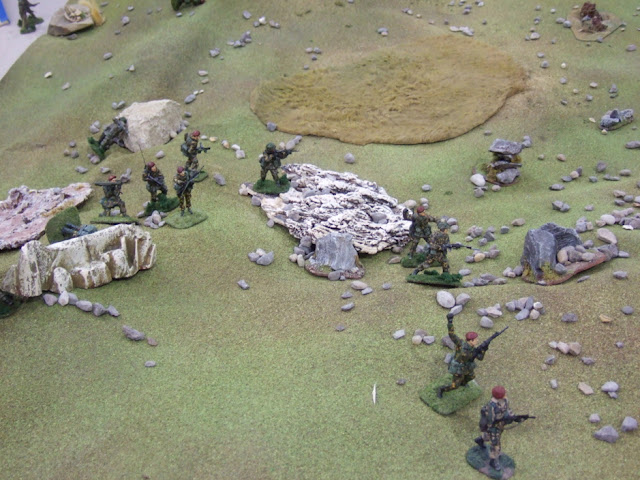 Such is the way of Salute, just a little bit too big that you miss or forget something. I also forgot to go back to the 28mm Space 1889 game and take photos of the flyers... As usual I have run my photos through iMovie and added some prog rock. I didn't take photos of every game, a number I had seen before and some (like an ECW and VBCW seemed very similar to ones at previous shows). Still there is over 16 minutes of viewing so I hope it is of interest...

I'll be off to Salute in a couple of hours. I started a father/son tradition of going up the night before and staying at the Crown Plaza at Docklands to avoid the early morning start and use up some of my hotel club points built up working away from home over the year. Tradition now dictates room service and an overpriced burger but it's a bit of fun! :-)

For the first time in a while I am going without a shopping list which is potentially very dangerous as I could enter "ooh shiny" mode. I plan to check out the Scheltrum German Revolution range as I've always found the period fascinating and that might prove an unplanned expense. I will be on the lookout for 15mm Early War German infantry but am happy to leave this for the time being if I can't find what I like, no doubt I will check out the Perry Medieval cavalry and Mantic's new Project Pandora SF board game but really there isn't a dedicated plan. Terrain, I suspect, may be the main focus.

I will take the camera this year (it's sat on the tickets fully charged as is the Blackberry just in case) so expect one of my usual "movies" tomorrow or Sunday. I have taken the opportunity to commission some special show clothing so even if you don't recognise me as the mid-40 overweight balding bearded bloke (with lanky six foot tall teenager in tow) you'll recognise the t-shirt so please say hello! :-)
Posted by Steve at 14:10:00 8 comments:

I've been experimenting on what colour to paint my old Nick Lund sculpted Chronicle/Grenadier Orcs wanting to have a different look than the French Artillery Green GW ones I have. In the end I've found a look I like using Vallejo Black Red and Flat Brown...

In between painting orcs I've been making baby steps on the road to Watch Am Escargot and with my head stuck in Sean Longden's Dunkirk: The Men They Left Behind, I decided that it wasn't going to be 1940 with some element of the BEF. Reading that the 51st Division were attached to and fought with the French has led me to picking up some Battlefront BEF in the form of the BEF Infantry Company and BEF 2 Pdr packs (the idea still being to use Zvezda plastic British tanks when released).

I did look at the Peter Pig BEF first but the website lacked photos of the basic infantry and wanting my BEF to have gas mask pouches I plumped for the Battlefront figures. After ordering them I discovered the Forged in Battle BEF sets which look pretty good but I am happy enough with the Battlefront figures though maybe the Forged in Battle BEF Highlanders might be bought if the project takes off.