Apologies for the lack of updates but I've been busy with real world work - and playing lots of games! So let's take you back to last December...

With George out on the lash because it was near Christmas I decided to take up Nathan's offer to BIG gamers to try out the Monolith Conan boardgame, which as I'd backed it on Kickstarter and then not got around to doing anything with it (a sadly common problem), seemed a good idea.

Arriving at BIG I found Nathan and Steve waiting for me with the game set up - almost! It appeared Nathan's copy was missing a key component, so only living ten minutes away I offered to grab my copy as I knew 'exactly' where it was - except that was one of the supplements, the main game I've put somewhere 'safe'.

A few texts between Bleaseworld and BIG, we decided to give PSC's The Great War game a spin as I could find that(!) and had already punched out the tiles and snipped the figures off the sprues! Good to be organised eh? :D

Now those of you familiar with Richard Borg's Command & Colors/Memoir '44 game system will find this all very similar as it shares their common heritage (which was good as Nathan and Steve had a heads up on what the rules were about).

Command Cards allow you to order your troops to do stuff, whilst the useful Combat Cards add some fun variety such as Trench Raids. 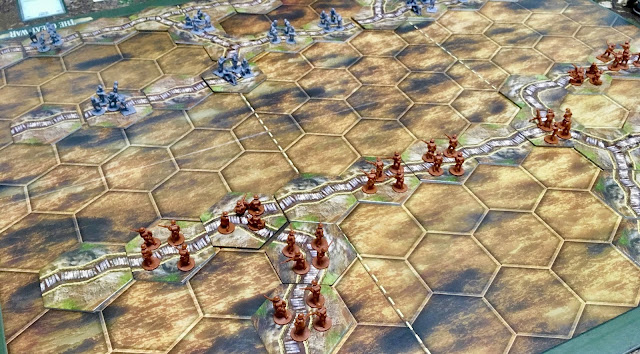 We decided to play the first introductory scenario in the rulebook, Opening Action 1, which was just a destroy as many of your enemy as you can. 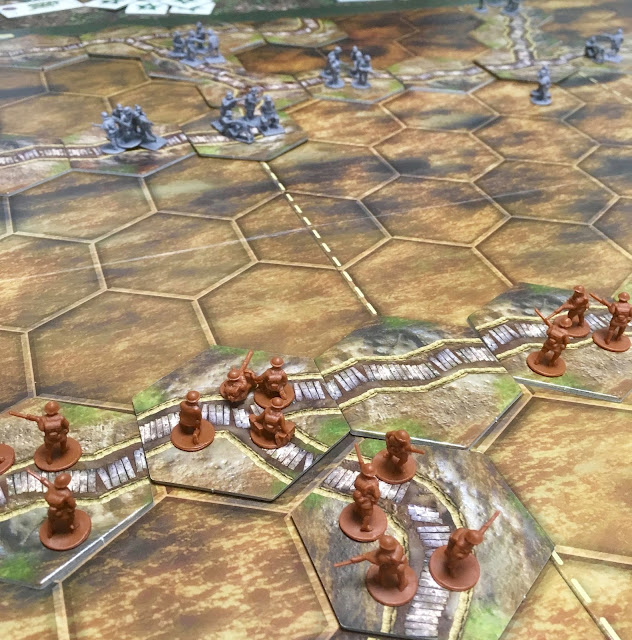 Both sides had a mix of standard rifle units, a couple of MG's, a mortar and a bomber unit. 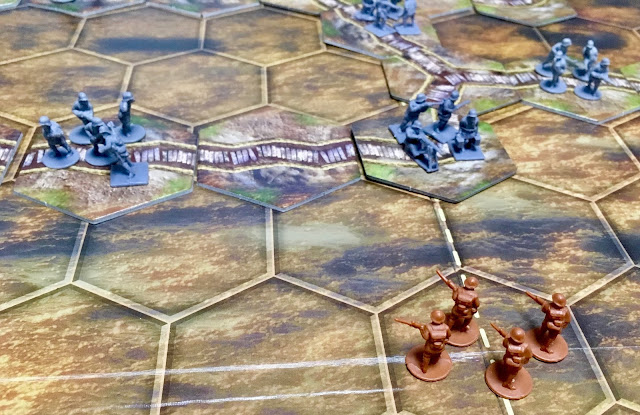 The initial Command Cards allowed the British to advance on their right flank, so Steve launched an attack across No-Mans Land, successfully entering the German trench line, though we did suffer some casualties. 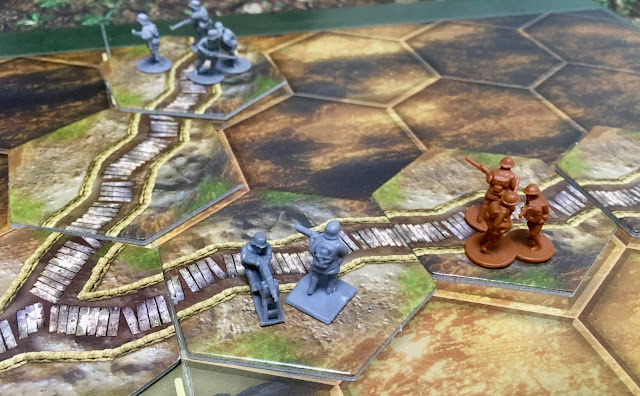 With the German left flank captured, the British came under an artillery barrage, but suffered minimal casualties.

The Command Cards then fell in such a way that most of the action was on the British Left, with Nate launching an attack on the British lines but being defeated under a fusillade of British rifle and machine gun fire. 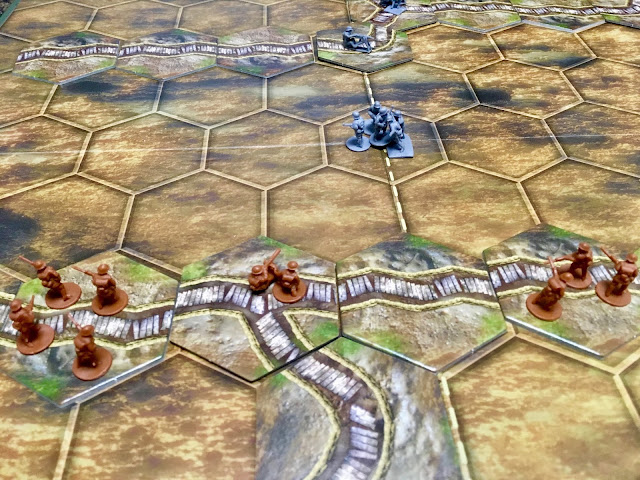 As I was concentrating on the game I didn't take as many pictures as normal, but with the use of some  useful Combat Cards, like the Mata Hari spy one that allowed us to takes cards out of Nate's deck, the end result was a resounding British victory. Hurrah!

I must say this is a great game, simple enough rules but with the Combat Cards enough variety and colour for the conflict. If you are looking for an introductory level wargame you can get out and put away in a box, PSC's The Great War has a lot going for it and is highly recommended.