The Men Who Would Be Kings: Rorke's Drift - the Buildings

As it is the 140th anniversary of the Anglo-Zulu War, George and I decided we would try and recognise that by attempting to recreate the two big famous battles of the war using The Men Who Would Be Kings.

I also volunteered to scratchbuild the buildings for Rorke's Drift and after some Google-fu came across this excellent article on Matakishi's Tea House complete with some very useful measurements.

So over the last couple of days I have been carving up cork tiles and soaking a brown towel in diluted PVA 'Tea House' style and tonight presented my efforts at the club... 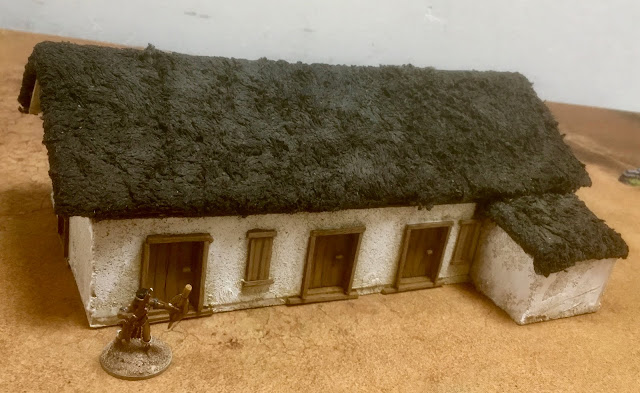 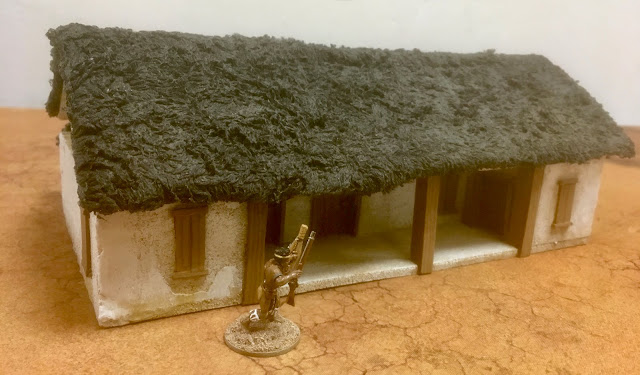 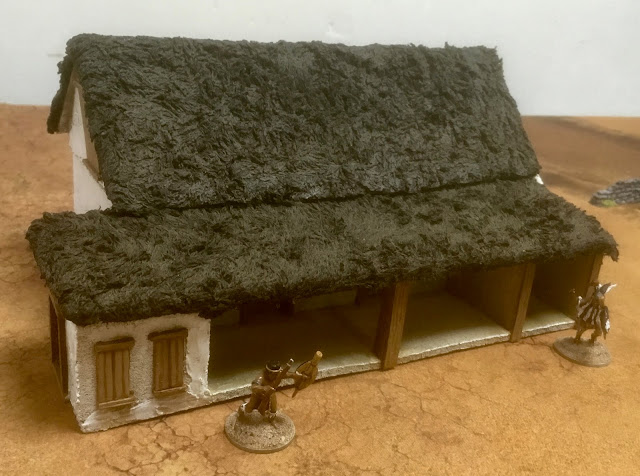 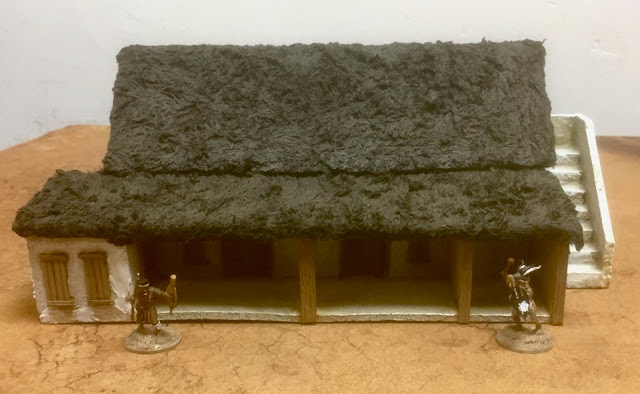 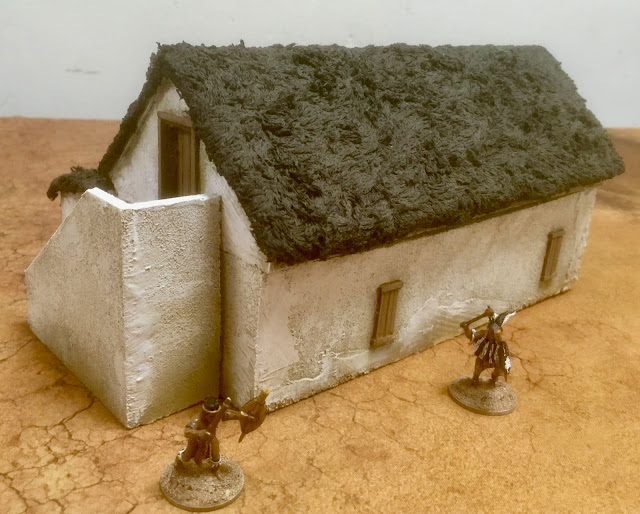 A report of whether of not the Zulus were more successful than their historical counterparts follows in a day or so...
Posted by Steve at 23:57:00 3 comments:

The Men Who Would Be Kings: Undercoating the Spears

George and I have a cunning plan to refight Rorke's Drift on Wednesday evening (it being almost exactly the 140th anniversary etc) so I have been trying to get enough Zulus stuck together and at the very least undercoated in time for us to do so.

Mostly Warlord I have added a number of Perry plastic Zulus in the mix.

I have another 64 Warlord Zulus on sprues but I may not have time to get them to this stage with other commitments...
Posted by Steve at 15:26:00 1 comment:

Matt, Steve and myself embarked on a trial run of Warlord's Cruel Seas last night at BIG under the tutelage of Dave who was the only one of us who had read the rules!

Matt was the only one with painted minis (which were featured in the Warlord email newsletter yesterday as well) and they looked very nice in the flesh, I must nick his painting recipe!


Steve and myself each took control of a Vosper I and Vosper II (I've decided to stick with the Warlord terminology for the time being) whilst Dave and Matt each had an S-1000 E-boat.

I expected the E-boats to make mincemeat of the Vospers but the game didn't turn out that way and despite Dave sinking my Vosper I after accidentally ramming it, the Royal Navy managed to sink three S-1000's (Dave being allowed a reinforcement boat after his first was sunk soon after ramming my Vosper I).

Now Dave and Matt did exhibit some atrocious dice rolling skills (Matt missed one Vopser with all four weapons at point blank range on one occasion) and Steve and I did manage to get some lucky long range hits in getting a 1 on a D10, but overall the game was a lot of fun, and most importantly given the subject matter, was very speedy to play.

The random activation (using the Bolt Action dice in a bag system) kept things interesting, the roll to hit on a D10 followed by a number of D6 to see the amount of damage inflicted with sixes possibly causing critical hits worked well and we soon got hang of the movement speeds and benefits and penalties of moving at differing rates.

Overall we all had a fun time, it is definitely a beer & pretzels game with a Commando comics flavour, but I have not problem with that. The models are nice, the rules simple and enjoyable. I am sure there are some quirks (I suspect as you expand the game beyond the core it might squeak a bit) but as grown men playing with toys I am sure we can fix any glaring problems.

I bought some PT Boats from the shop after the game and Dave kindly donated two he had to the Allied cause which was much appreciated, so hopefully it won't be too long before we get some more nautical battles in...

2019 hasn't had the best of starts in the world of Bleases (except for a cracking gig by Saul's band Blacklist last Friday), I've been struggling with a dose of man flu since New Year's day that manifested into manthrax over the weekend, but I am determined to get off my death bed (well armchair) and kick off 2019's gaming tomorrow evening.

With George having been roped into a Saga foursome at BIG this week I decided to test the water with Cruel Seas and Dave and Matt have expressed an interest too (Matt then painting up half a dozen E-Boats in a couple of days just to show me up!).

Today I dug the Vosper sprues out the box and decided to glue them together. I'm sure more nautical expert gamers than me are a bit baffled by what Warlord have provided on the sprue and their decision to give the boats different titles than they had historically but after some research comprising mainly of looking at a copy of Squadron Signal Vosper MTBs in Action book but also having a quick look at Captain Robert J. Bulkley Jr's At Close Quarters; PT Boats In The United States Navy and Len Reynold's Gunboat 658 I quite like the look of the Med as an area of operations as it will allow me to use mixed RN/USN flotillas as well as the Germans using Italian vessels and the Italians fighting on both sides. 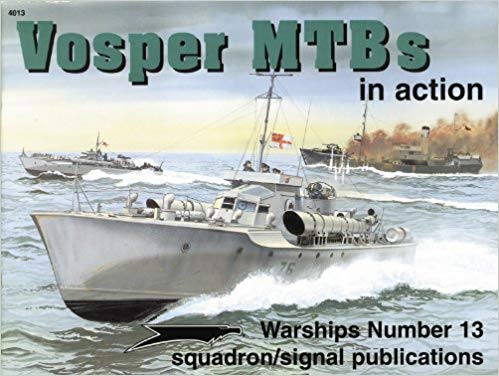 So I glued my first three Vospers together as the 72 ft 1941version with fore mounted 20mm and after twin 303 turret (the two torp model what Warlord have decided to call Vosper I's). The other three are the four tube 1944 (historic) Vosper I (what Warlord call the Vosper II despite that being a later variant with a 6pdr fore, an option they don't offer). Unfortunately the Vopser I's don't appear to have served in the Med, but as Matt has six E-boats I thought they better get them off the sprue for tomorrow...

As the masts on the Warlord models look like Minifig tree tunk spears (showing my age there!) I haven't glued them on and will make some from wire in due course when I source some suitable crew figures (probably H&R artillery crews) and slap some paint on... 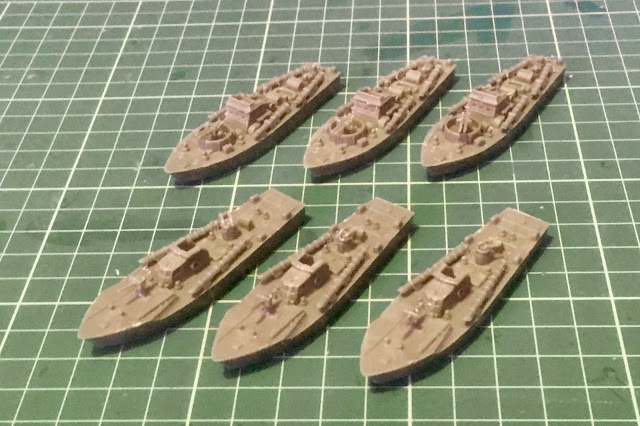 Matt has a couple of Vosper sprues from Wargames Illustrated that he doesn't want so I plan to use the early models to make up some 1942 US made boats with fore and aft 20mm's, not quite sure what I'll do with the later war ones at the moment.

One thing that has been mentioned on various forums is the inclusion of two Vosper MTB variants in the starter set when Warlord could have instead included an early Vosper MTB and maybe a Fairmile MGB (the latter being a proper enemy of the E-Boats that could go up against them) to provide a better balance. Cynically one might wonder if Warlord have an eye on a potential "gaming arms race" here as per the old Warhammer approach when you needed to buy the new super weapon/unit to take out the one your opponent's army had got. "Having trouble with the pesky S-1000 E-Boat sir? Have you tried the Fairmile D? Here are two nice resin and metal models for just thirty quid..."

Alternatively, as I will be doing, you can pick a decent 1/300th Fairmile  D's for just four quid from Heroics and Ros. Maybe not quite as nice as the forthcoming Warlord models but a helluva lot cheaper...