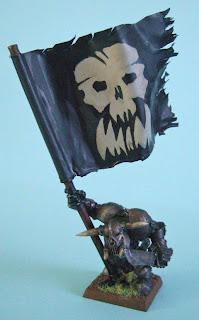 I've finished a second unit of Black Orcs for the summer WHFB2 project. This was a bit of a cheat in that the unit of GW plastics was already made up and painted by myself and Saul a couple of years back - I just didn't like them.

So I've replaced the banner and weathered the armour and metalwork so it is much more rusty than previous. I think the figures would have looked better (and been more fun to paint) if they'd worn fur as well as the plate armour.

Whatever, they are now done and will form a useful addition to the battle line... 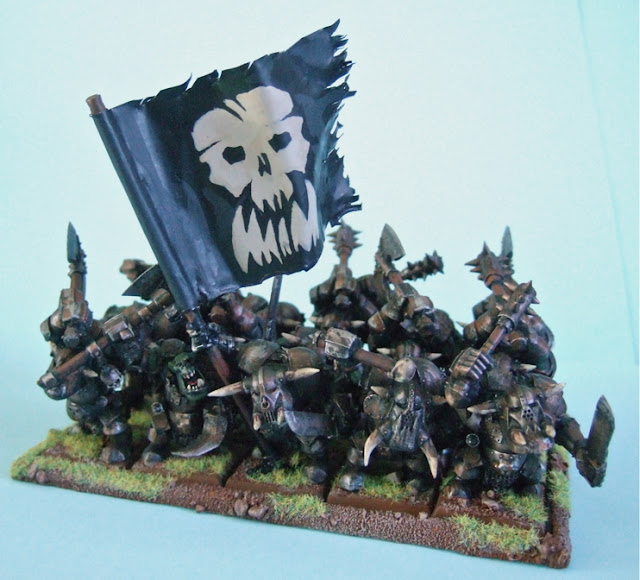 Battlefront have posted an extremely useful painting guide for early war French armour on their website, which you can also download as a PDF here. 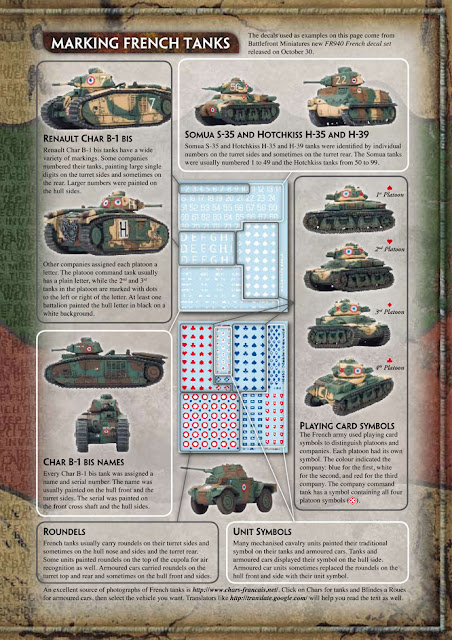 Everyone knows the story of Dunkirk, the 'little boats' and the rescue of the BEF, less well know is that the British Army's involvement in the Battle of France did not cease with the conclusion of Operation Dynamo. I've just finished Iain Gale's The Black Jackals, not the greatest piece of war fiction written but interesting in that it avoids following the bulk of the BEF to the Dunkirk beaches and ends up with its characters fighting with the 51st 'Highland' Division, itself attached to the French IXth Corps at Abbeville.
The story of the delayed attempt to rescue the division from Le Harve and Saint-Valéry-sur-Somme (and the eventual rescue of some troops from Veules-les-Roses) is fascinating, if somewhat depressing in that pointless political decisions sealed the fate of thousands of men , and I am going to try and seek out a good history book on the subject as it has certainly piqued my interest.

Of course it has brought me back to pondering the Wacht Am Escargot project, especially as the bag of French tanks and infantry is proving somewhat ellusive and having picked up some of the excellent  Zvezda German armour I need to make a decision about infantry (ie. whether to stick with Peter Pig). I also need to decide whether to keeping hunting for the missing French or work on the basis they will turn up when I stop looking for them and raise a small BEF force whilst they come out of hiding  (although if I do this, what to buy as Zvezda are releasing BEF for Art of Tactic starting with a Matilda I in 1/100th this year?)

Perhaps I should just put this all on the back burner for the time being and see what the Russians produce tank wise for the BEF (or I could just buy a few German and British infantry at Salute and maybe some 2 pdrs...)
Posted by Steve at 13:34:00 1 comment:

I Liked It So Much I Bought The Company...

In a bit of a "I liked it so much I bought the company" moment, (wearing my Wessex Games hat) I bought the Urban Beat range of armed police and criminal types...

Ironically I have just realised that this is the second line of armed British police Wessex Games have, the ARU and CO19 joining the armed Victorian police Bill Thronhill sculpted us many moons back. 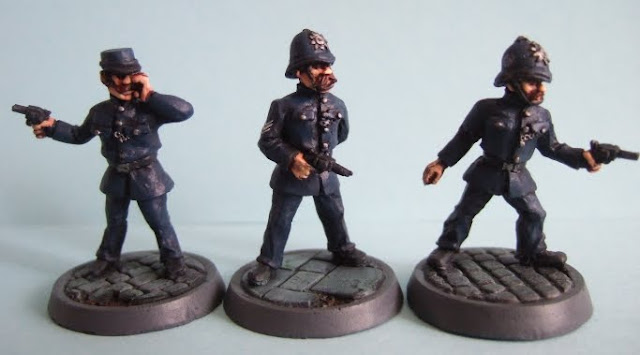 Unfortunately the few recent sunny days have seen domestic gardening duties back on the agenda (boo!) as SWMBO drafted me into demolishing our old shed in preparation for a new summer house thing she persuaded me to buy (got a feeling this may be my new retreat, the garden centre marketed it as a 'Sanctuary'!).

Anyhow in lieu of any new painted goodness (I'm halfway through rusting up some GW armoured Black Orcs) here is a teaser trailer for the forthcoming Starship Troopers Invasion which looks promising  (nice looking body armour).

One Game We Never Grow Tired Of...

I think this just about tops the geeky coolness chart for wargamers (click the photo for the link, then play the video...)

Great advert from the National Lottery and a good reminder that it isn't just about winning enough cash to buy a yacht!

Continuing with the WHFB painting I finished off three old metal GW River Trolls that had sat undercoated on the workbench needing a little love for far too long now. Really pleased with the end result... 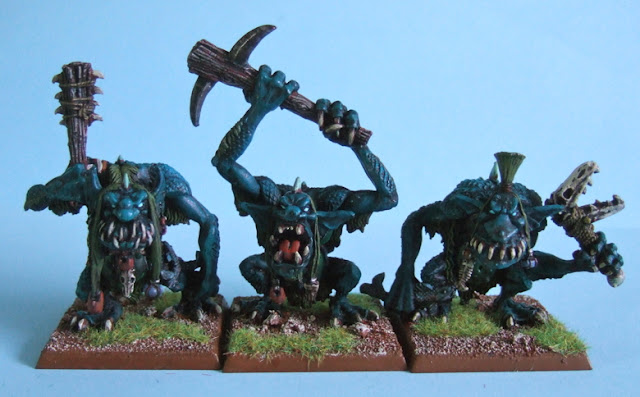 I managed to finish of the first unit for the Olde Skool Warhammer project today. Being a tad ornery they aren't Citadel miniatures or from the Eighties but they are Kev Adams sculpts and the huge models make great Black Orcs. 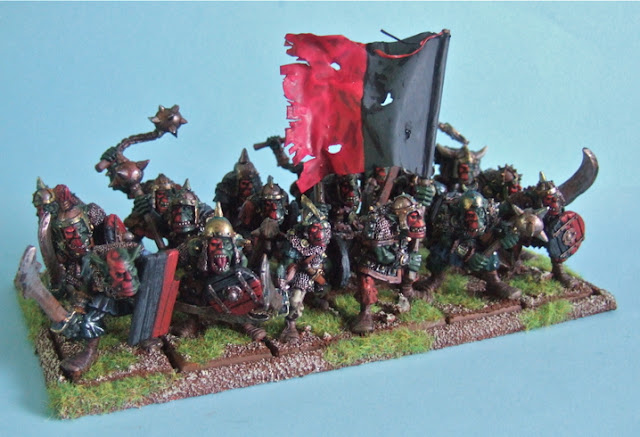 The models are ex-Harlequin, now Black Tree Design Great Orcs and are wonderfully detailed, although this meant they took far longer to paint than I anticipated.

Dusting Off The Pith Helmet? 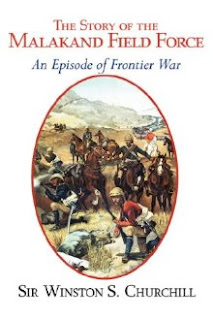 I really shouldn't read other people's blogs as they cause the little butterfly in my head to start flapping with excitement and distract me from ongoing work! :-) The latest culprit is David Crook with his Wargaming Odyssey blog where he is looking at playing some North West Frontier games in 54mm (the mad fool!)

Despite having some real fun at the moment painting up Orcs and Trolls for some Olde Skool Warhammer the innner butterfly started twitching and re-kindled plans to play some 20mm NWF Colonial games resulting in my impulse purchase of Churchill's The Story of the Malakand Field Force.

I am going to be strong here, despite an unpainted unit of Jaclex 20mm British sat on the workbench, and concentrate on the Orcs for the time being (and maybe finish the half painted Athenian hoplites next to the Jaclex British), but given the simplicity of the paint schemes I can see them being a useful sanity diversion to the detail on the fantasy and ancients figures.
Posted by Steve at 11:31:00 2 comments: