That Was The Year That Was (or how I achieved two-thirds of my target...)

So here we are once more... I only set myself one target for 2014 and that was an ambitious one - paint 1000 miniatures. Unfortunately I didn't come close, but 665 is an increase on last year's 509 and much better than previous years. Here are some of the highlights... 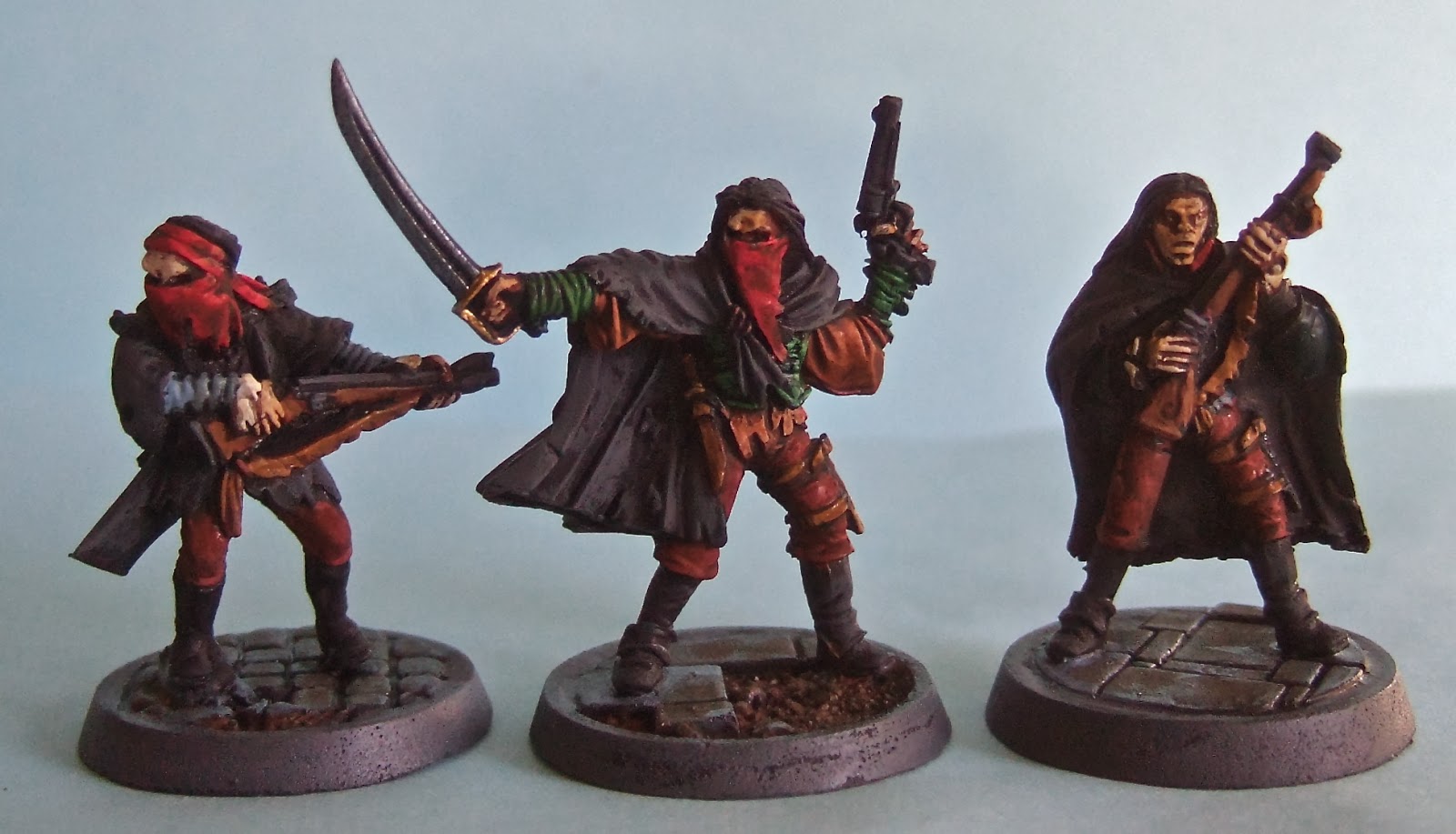 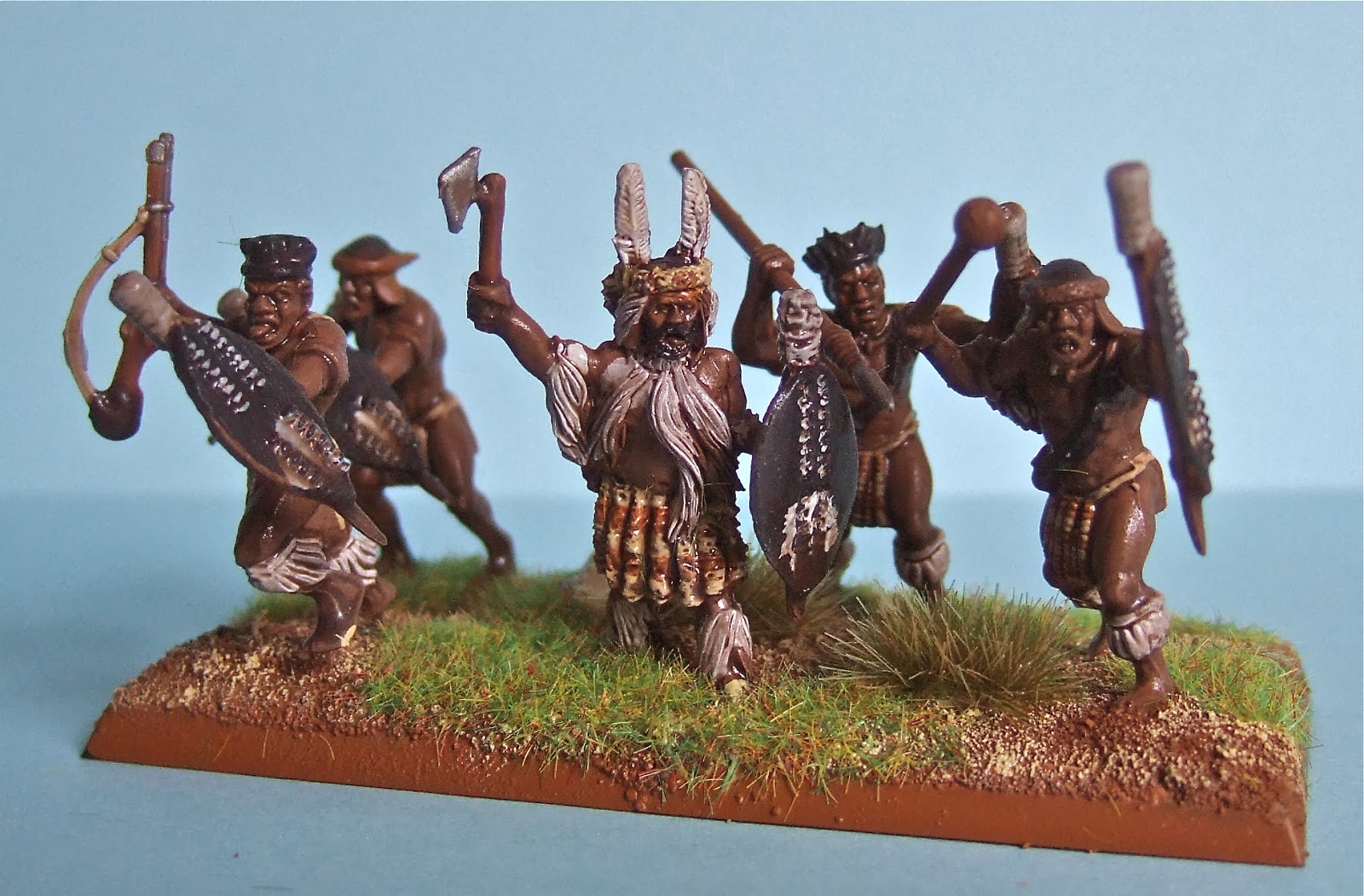 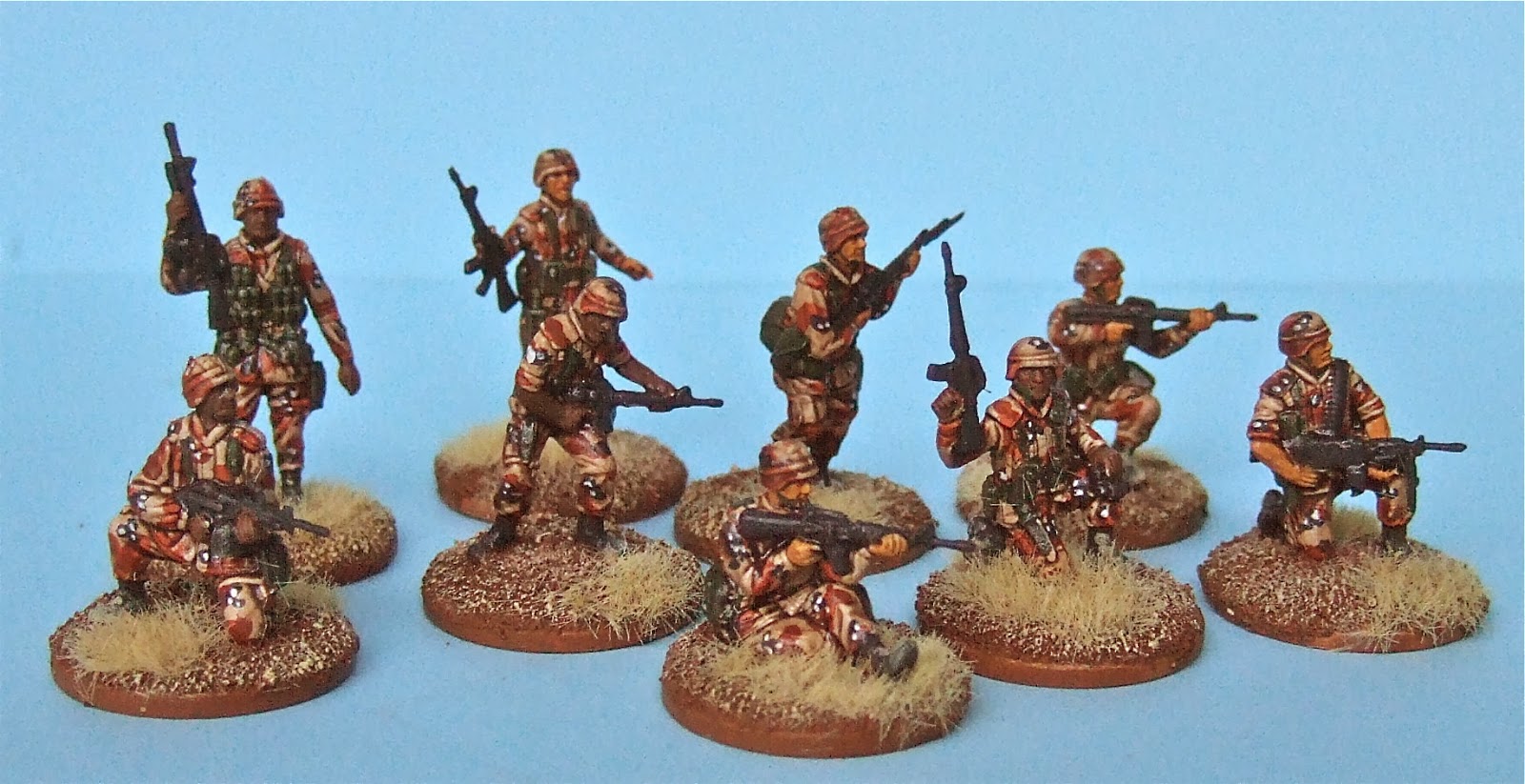 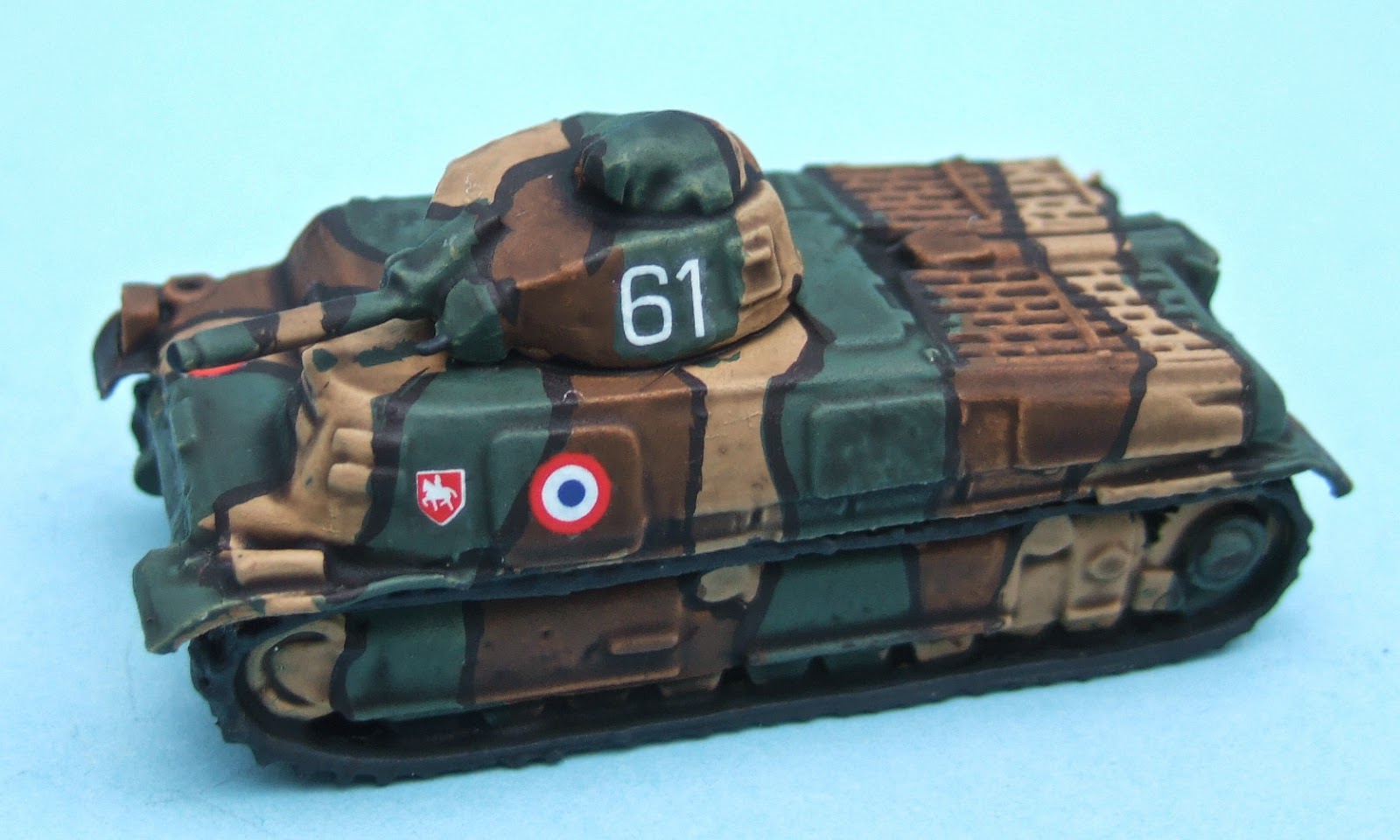 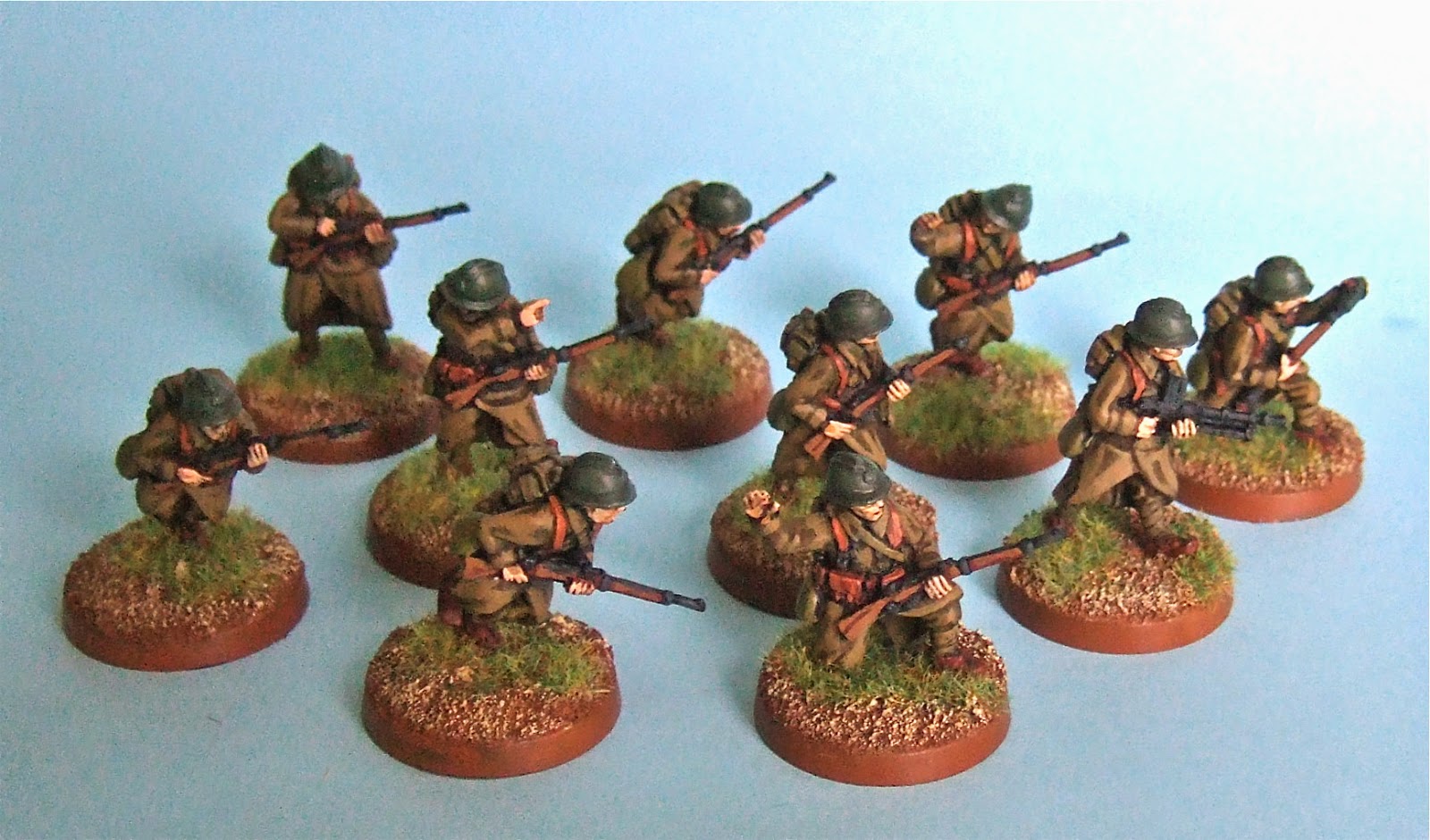 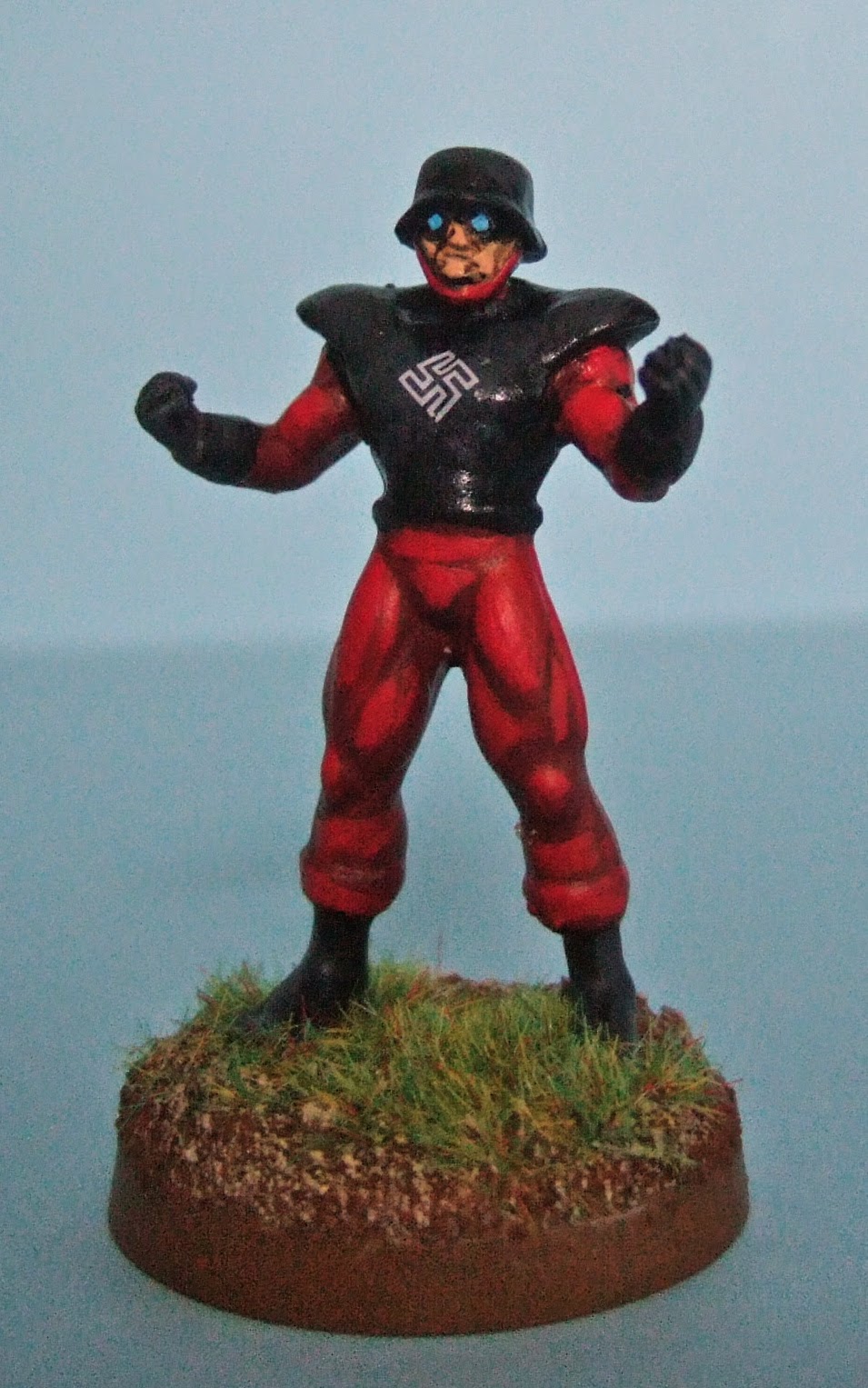 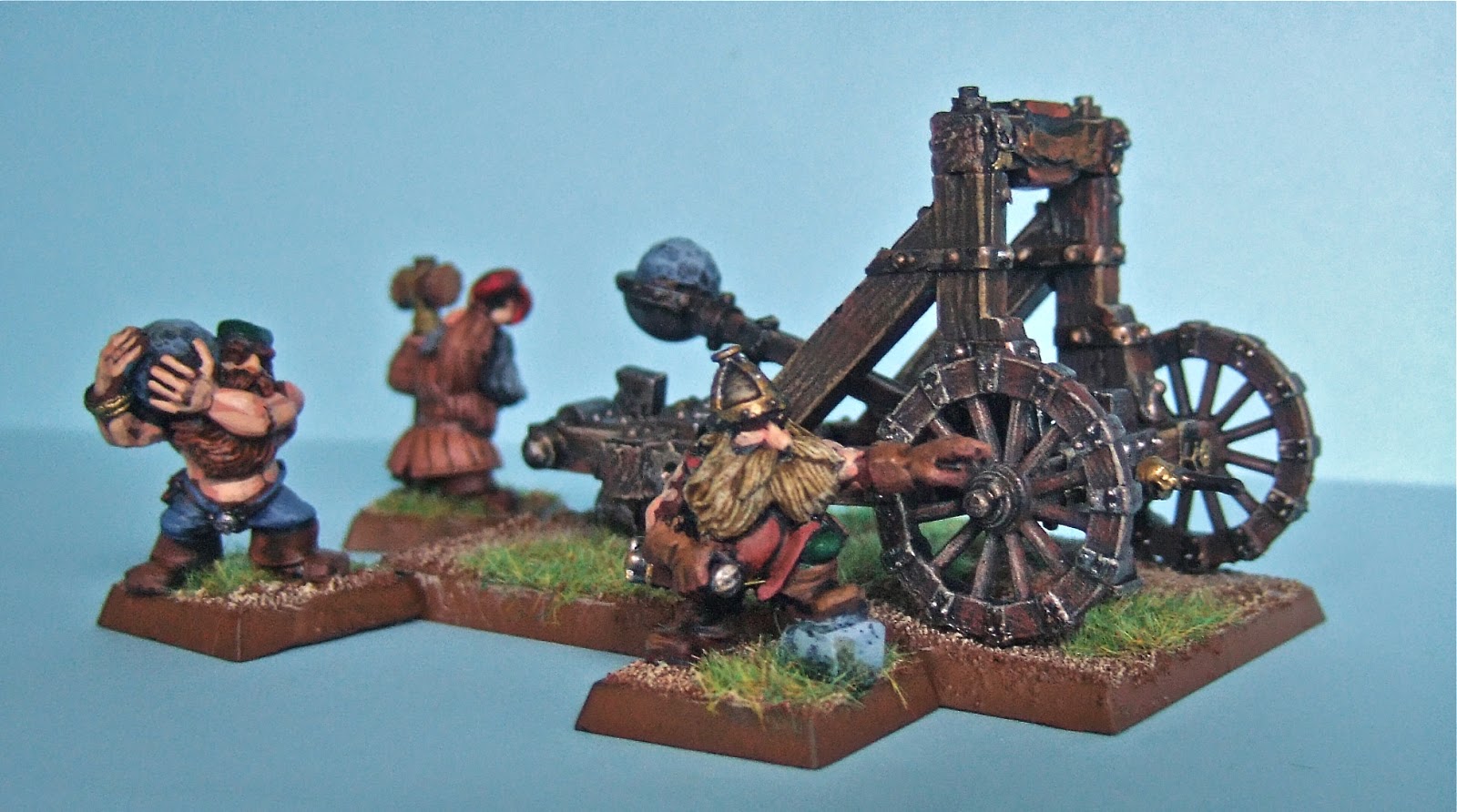 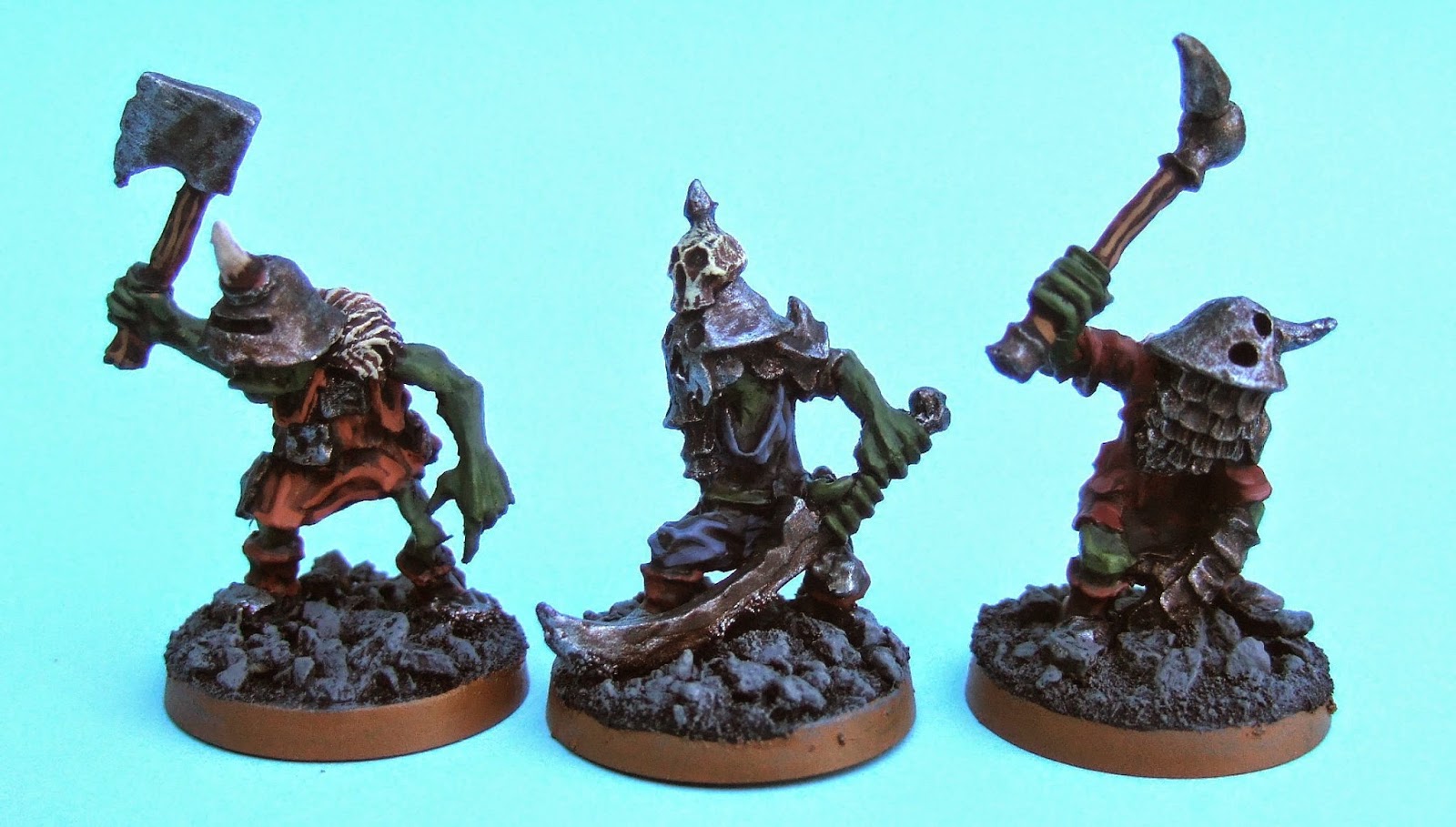 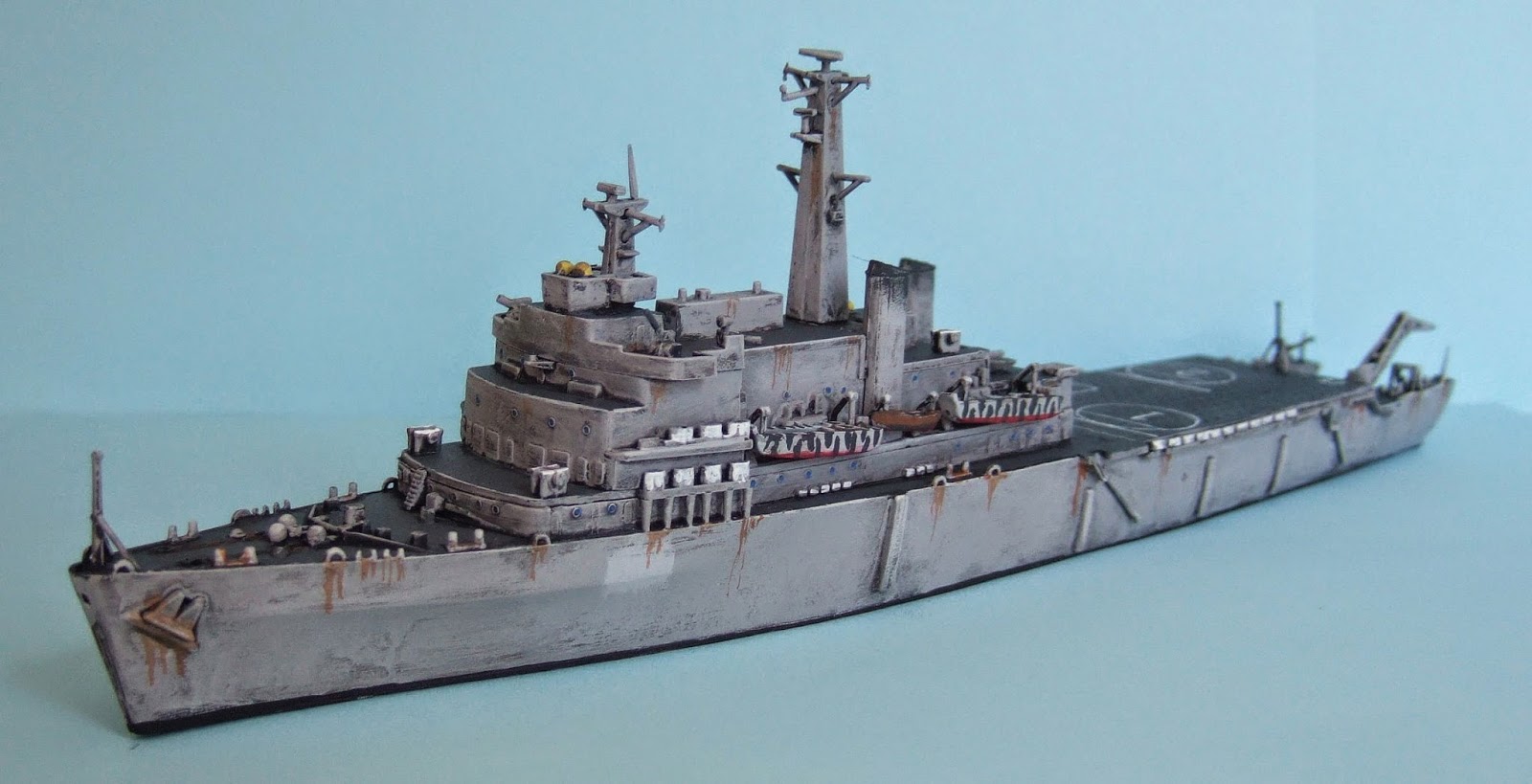 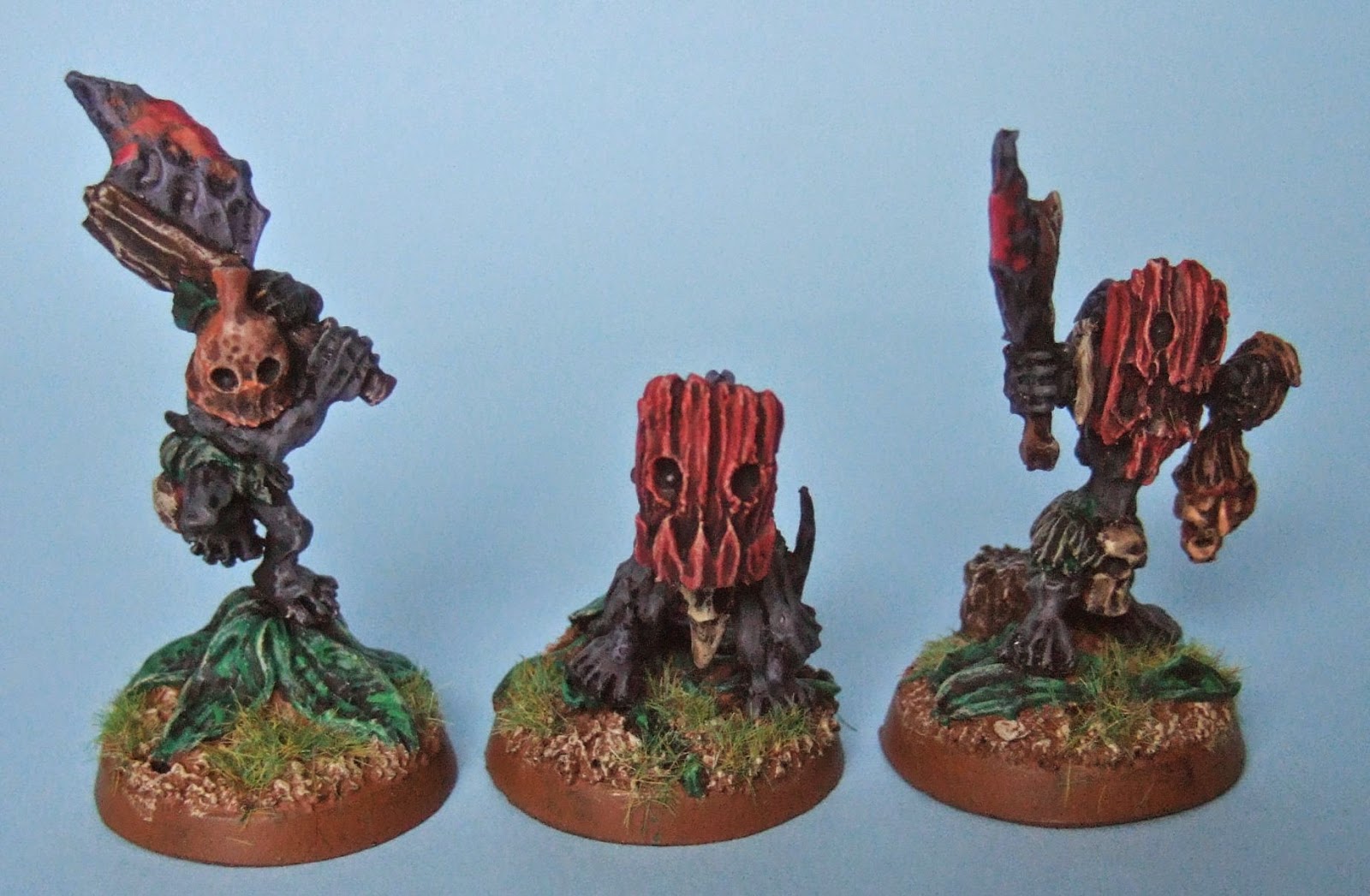 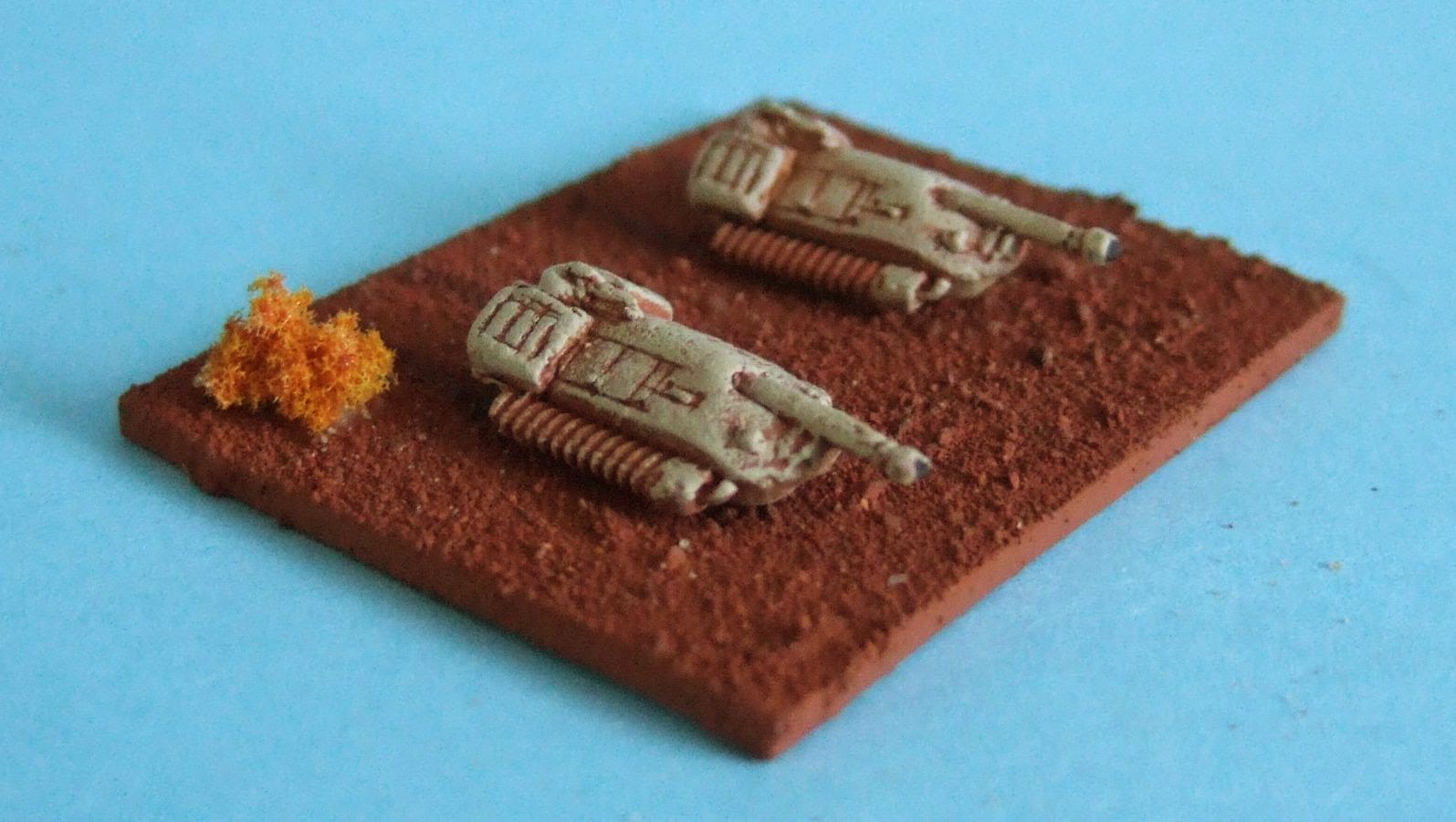 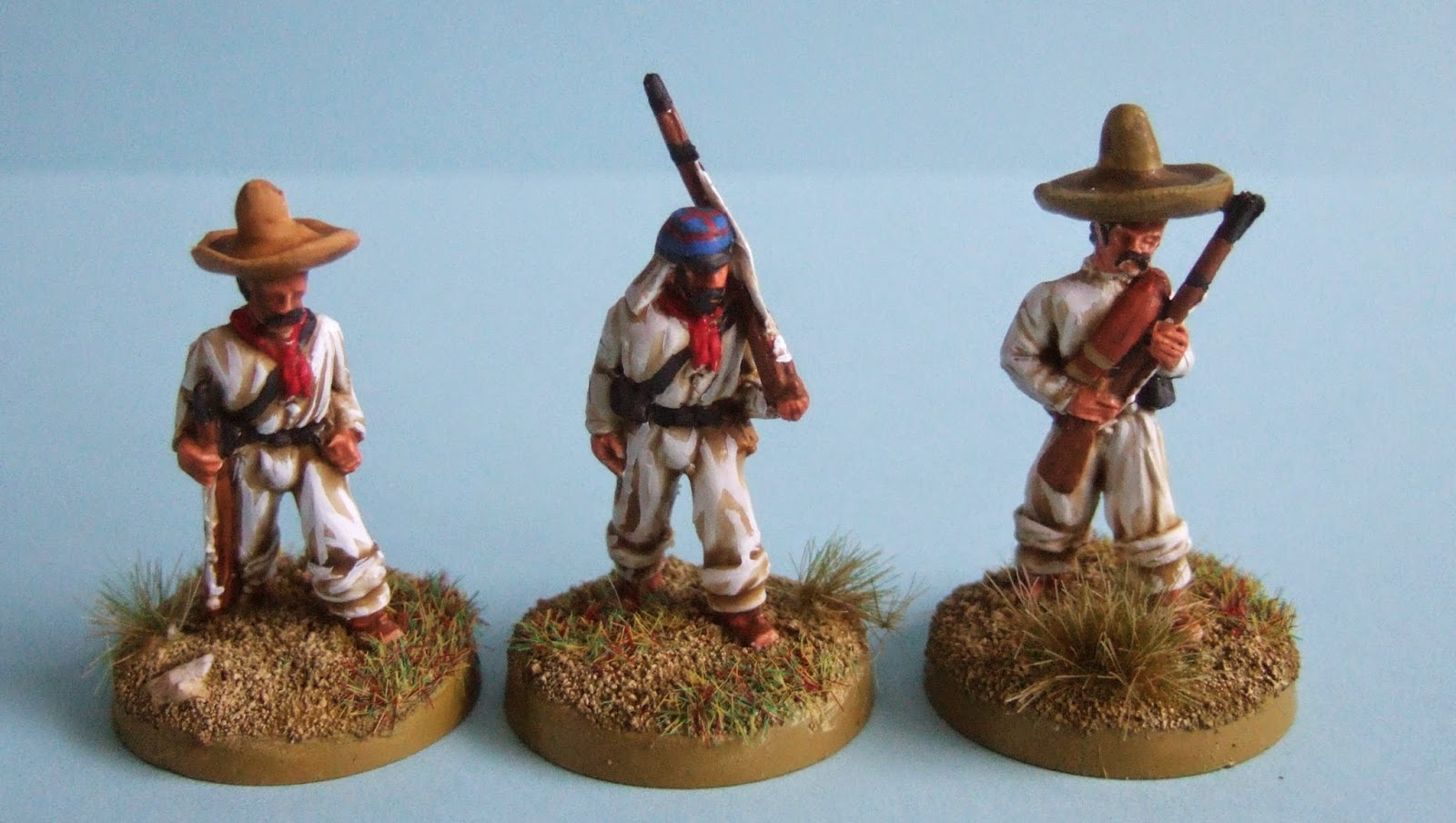 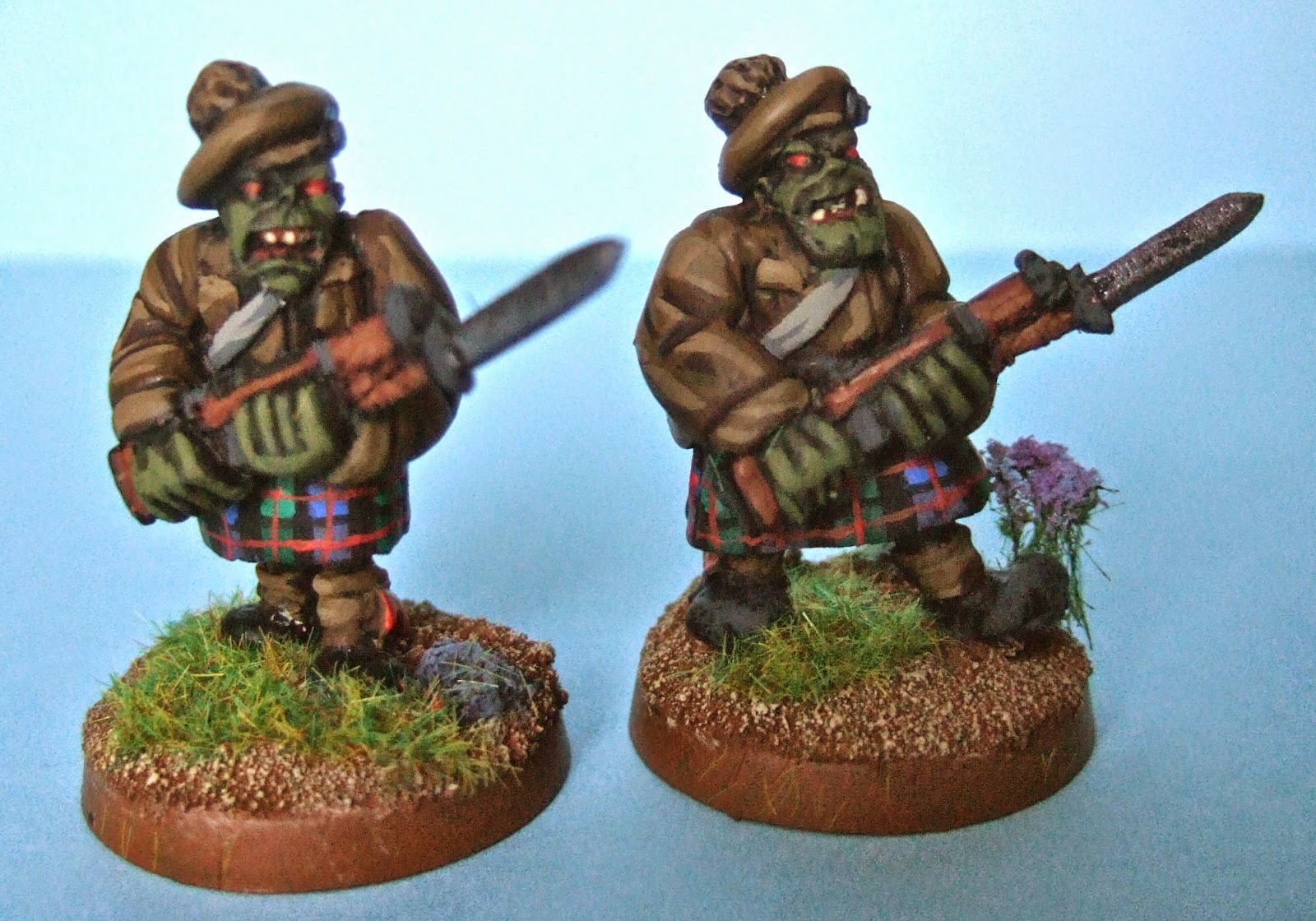 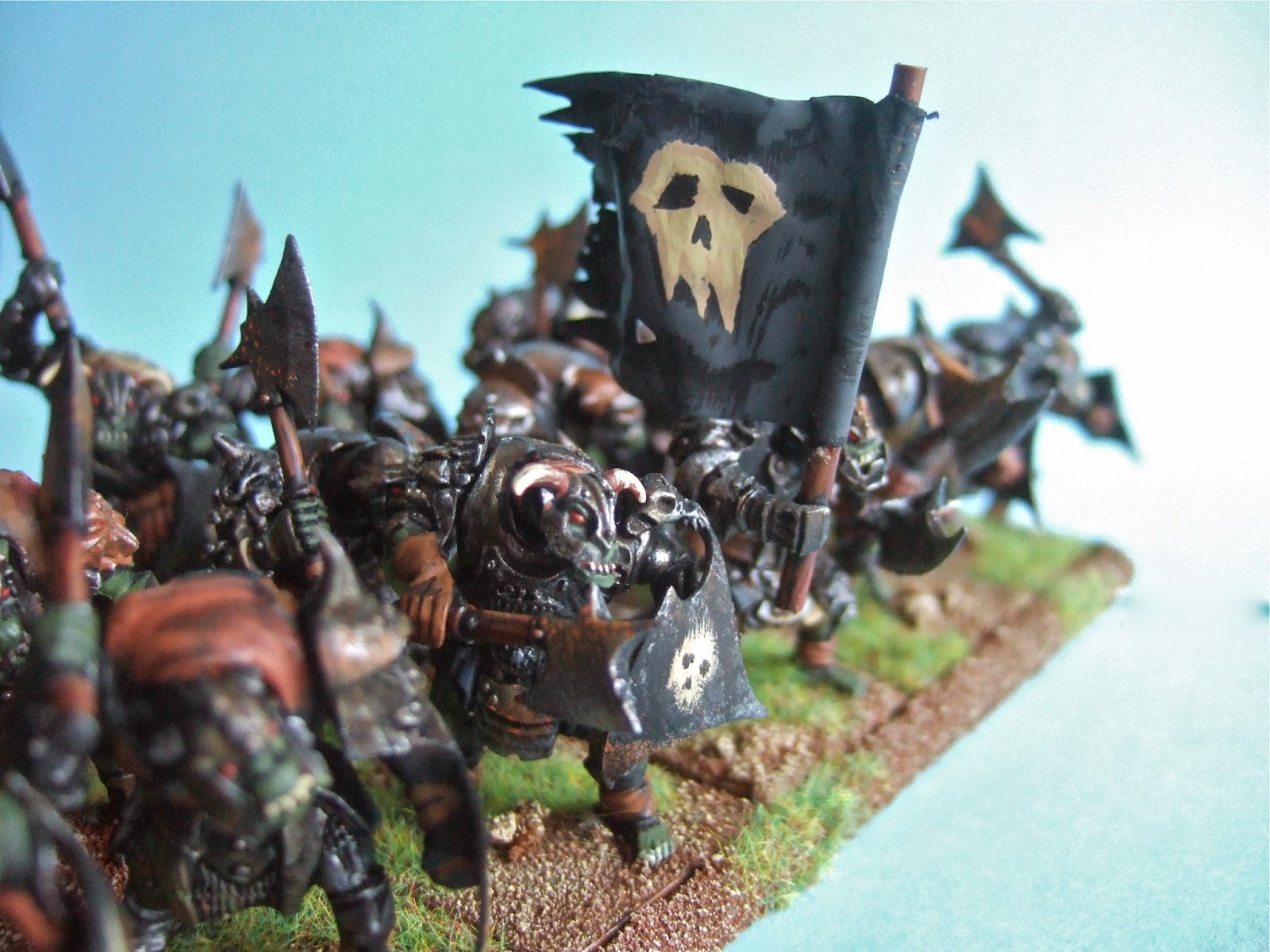 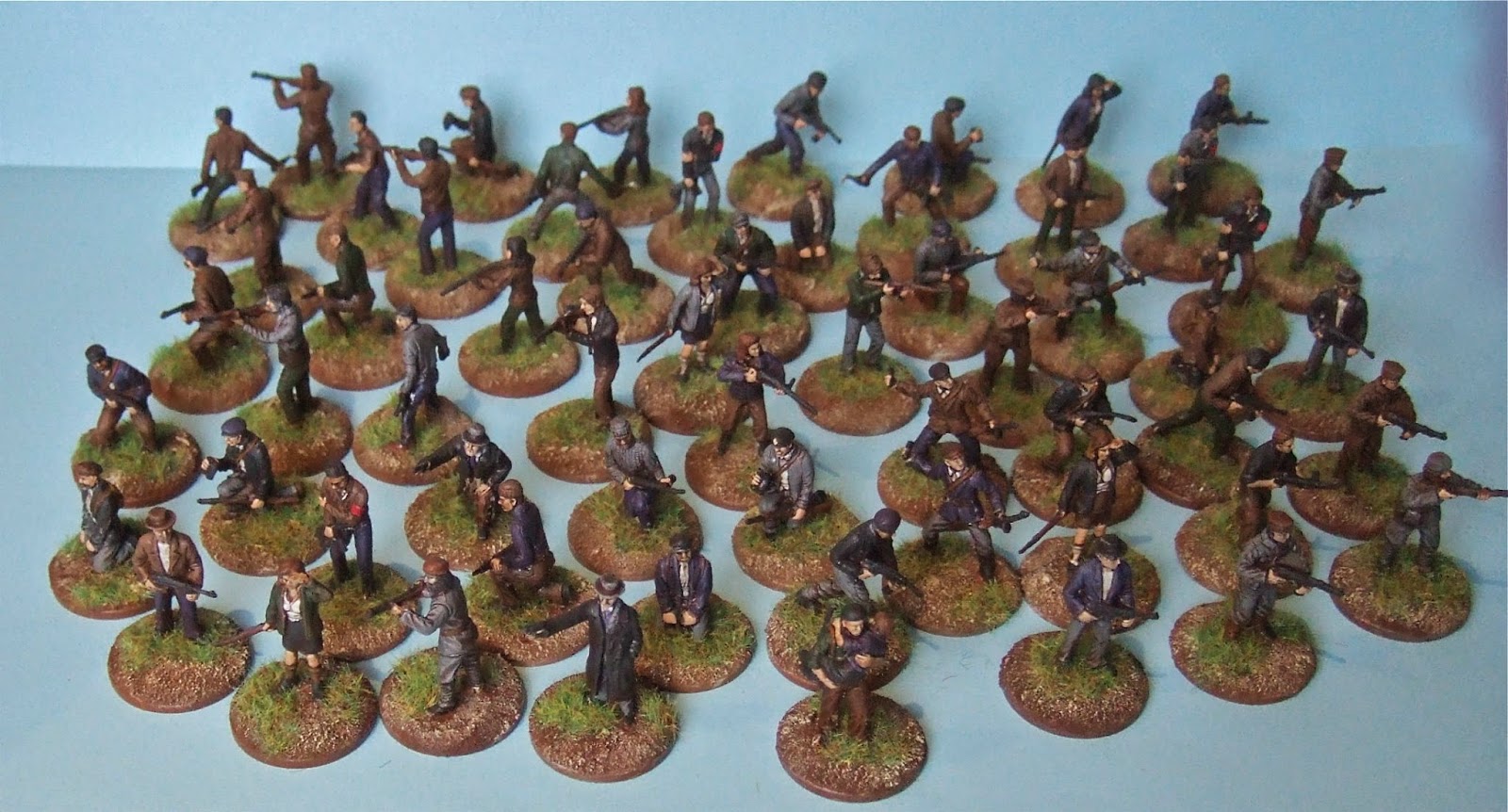 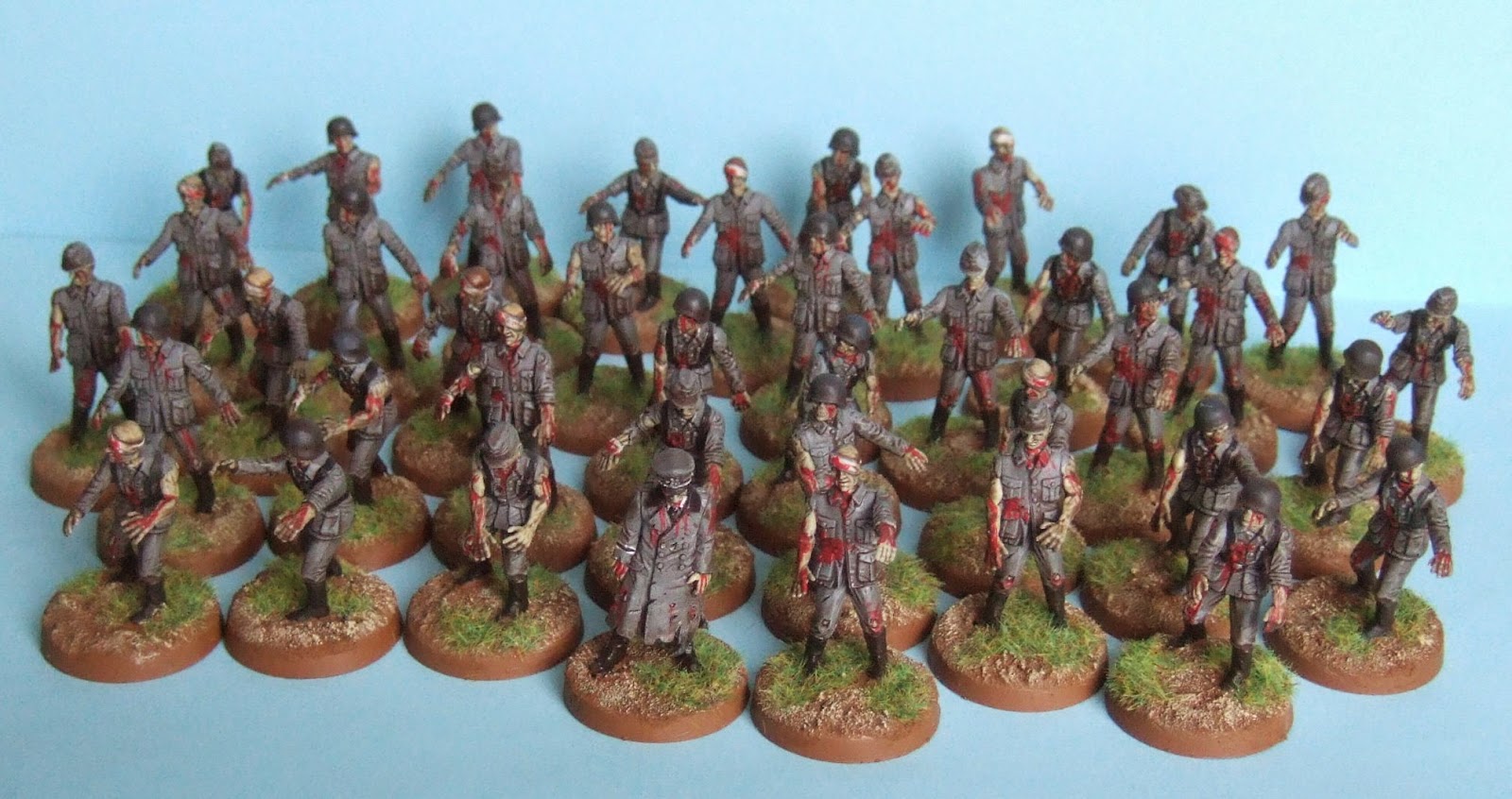 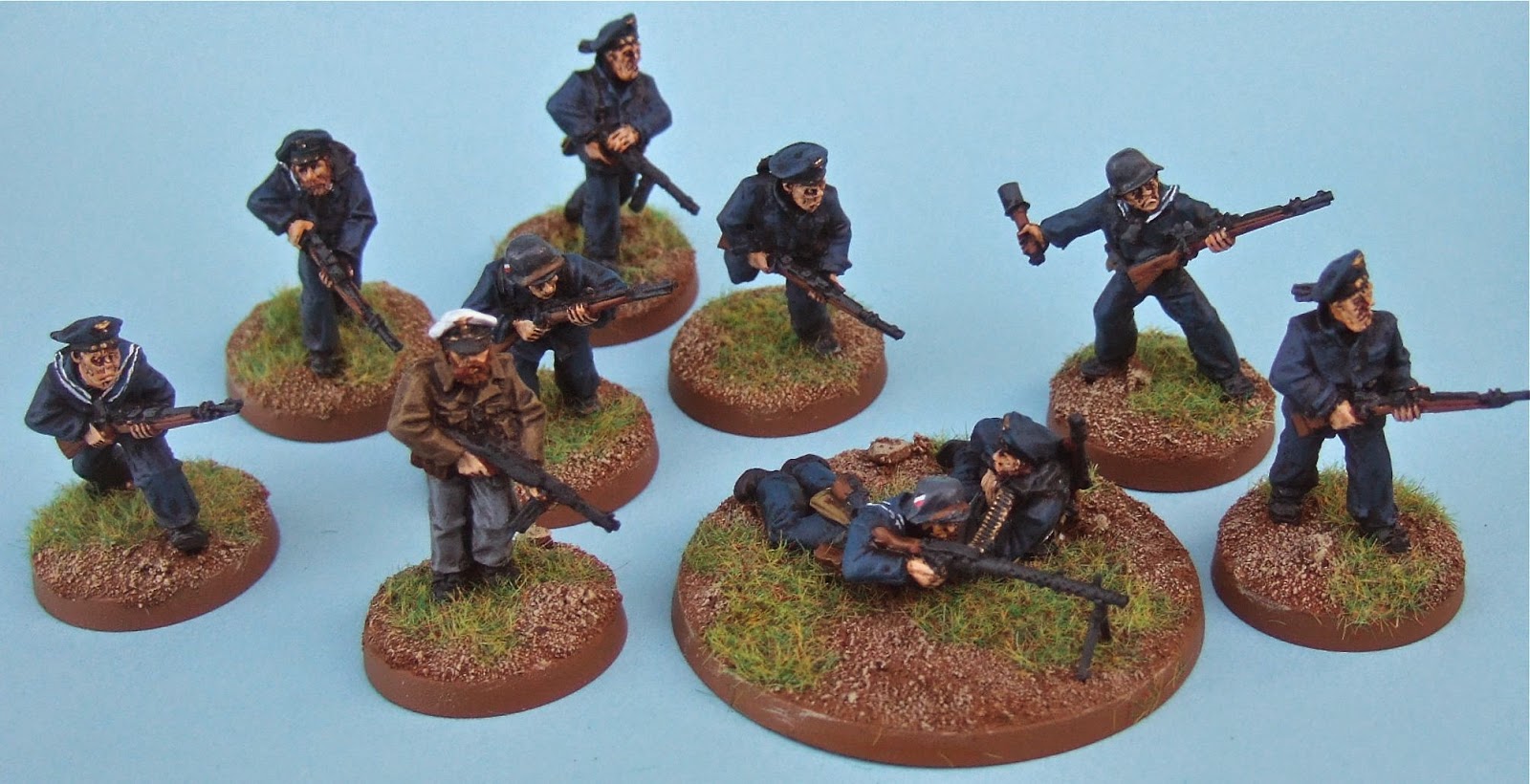 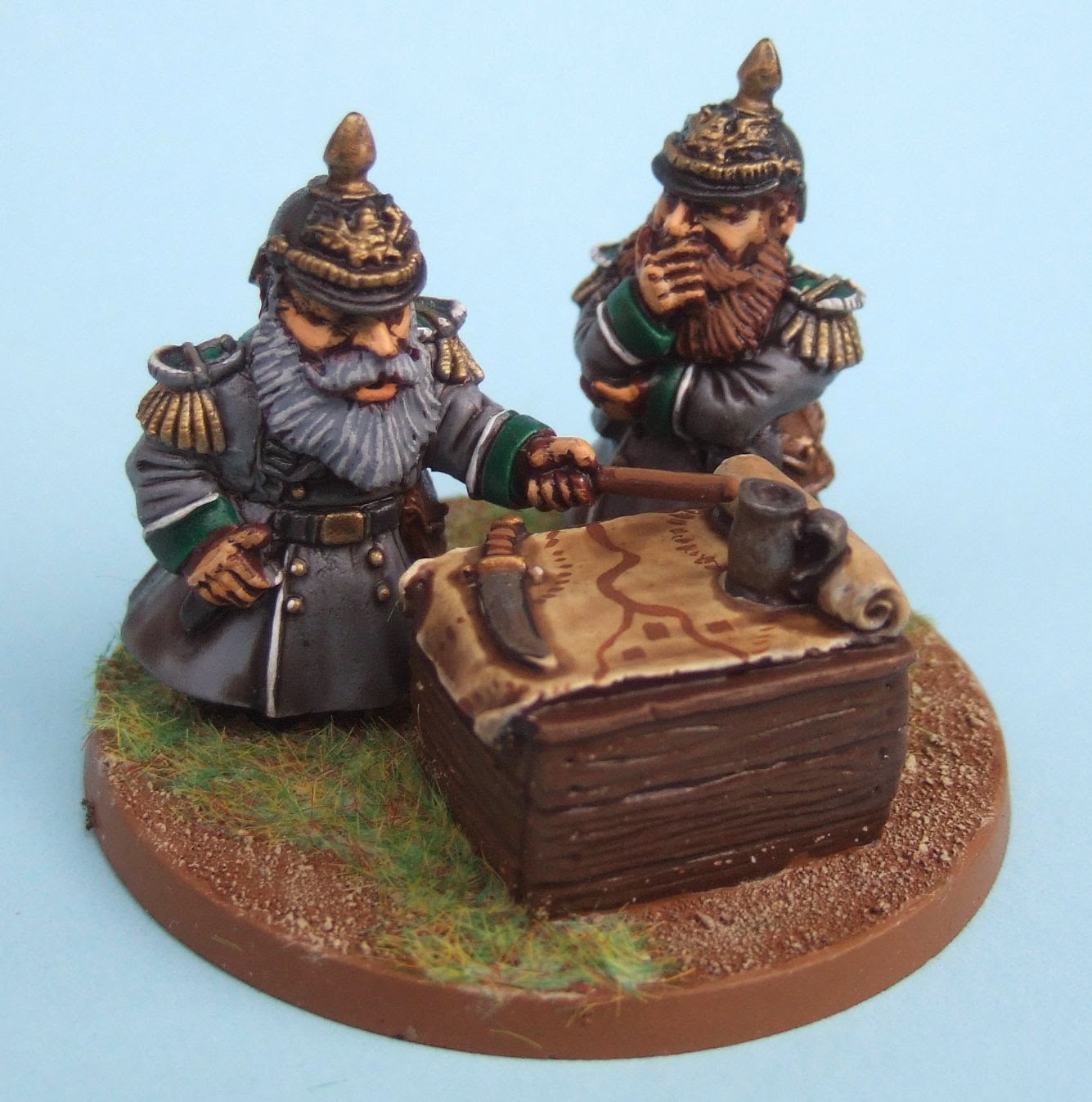 The Blue and The Grey (and The Butternut)

Not a lot of hobby action today, but I have managed to basecoat the Perry Union infantry regiments with a coat of Army Painter Ultramarine Blue.

This does look too light at the moment, but it will darken down with the application of some Dark Tone dip. The painting guide on the Army Painter website shows an acceptable end result using both.

I have now also sorted out the Confederate regiments, mixing up the basecoated grey and brown figures and blu-tacking them to their bases. The idea now is to work on them one regiment at a time (as you can see five command figures are missing and the gaps will be filled by metal figures). 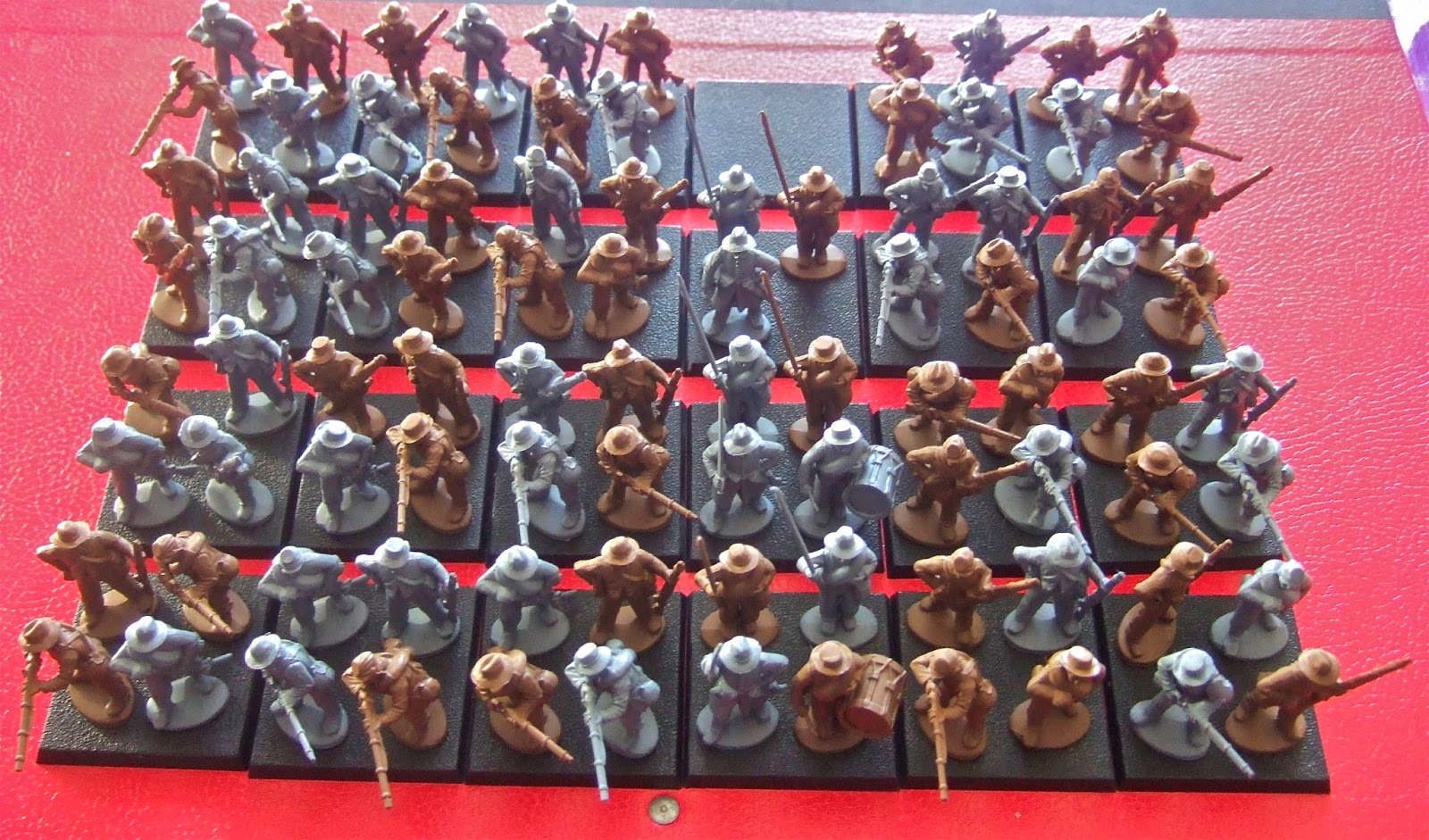 Again I will be dipping them and the picture from the guide on the Army Painter website looks good enough for me. 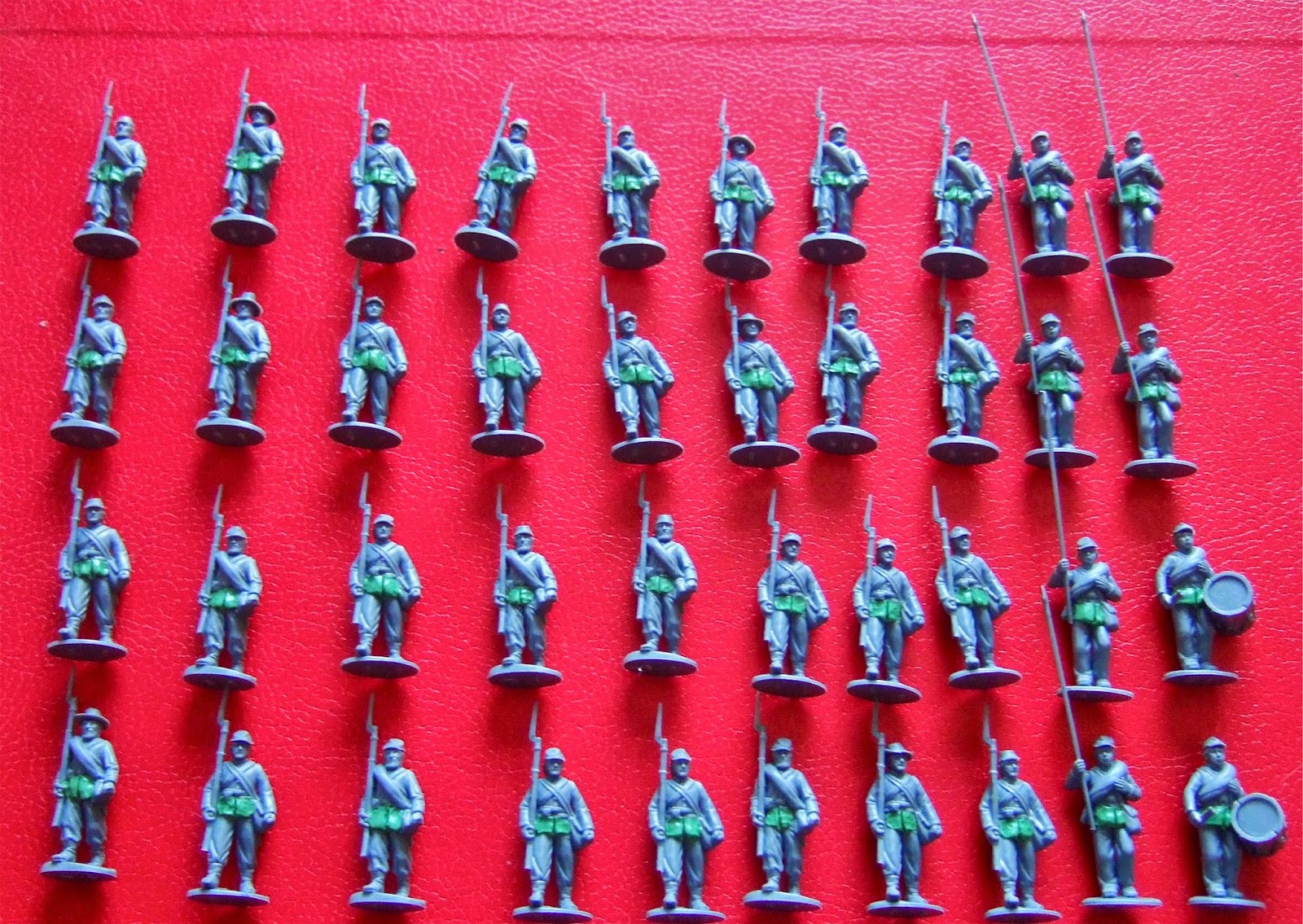 Well the god of small children, furry animals and dopey wargamers smiled favourably on me today when the expedition to Lead Mountain led not only to the discovery of the missing ACW miniatures, but also a box of 40mm square bases I'd bought for them!

Recovering Mr Bickley's rules I sat down to work out what I had and what (if anything) I needed to get to "complete" my two armies (I use the term "complete" loosely, as we all know there is no such thing but it can convince less diligent SWMBO's on odd occasions).

Infantry wise I need to pick up a couple of packets of metal command from Perry's to give me eight infantry regiments (four for each army) comprising of six bases each (24 figures). With the addition of some more command bases, I could field more regiments, albeit understrength ones of three to five bases, something to think about for the future.

I also have a box of Zouaves which, with the addition of a spare Union officer and a converted drummer using a spare drum from the original infantry, will give me one six base regiment and one five base regiment. At  the moment I am unsure whether these will both be Union or one for each army.

Artillery is straight forward with each army having a three gun battery for starters, however cavalry is going to require the purchase of quite a few blisters to utilise them properly. I have two regiments of 12 mounted figures but need to get some dismounted figures and some horse holders.

Finally I need to pick up a General for each brigade level army.

As you can see I braved the winter weather (North American readers can laugh here!) and sprayed up the Confederate infantry. This project is going to utilise the same dip techniques applied to the Prussian Scrunts so hopefully won't take too long.
Posted by Steve at 15:38:00 6 comments: 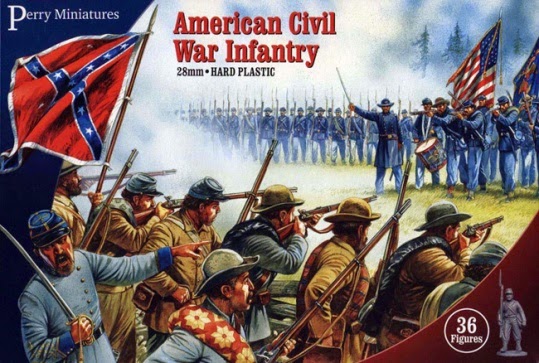 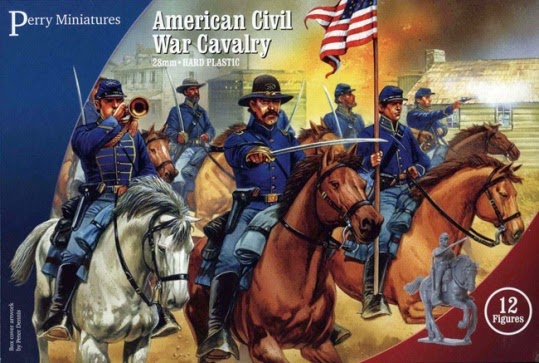 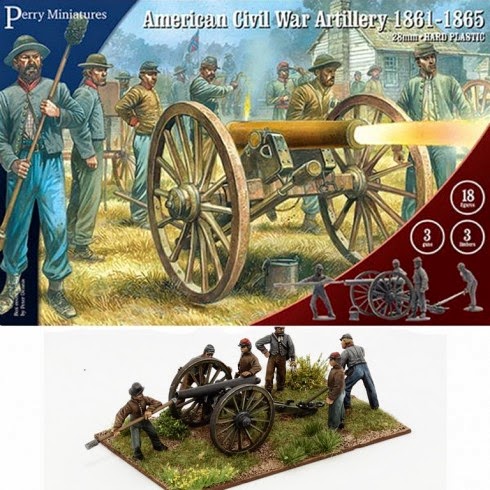 Hoping you weren't on Father Christmas naughty list and and that he brought you lots of exciting new wargaming toys and not too many socks! Remember don't eat too many mince pies! 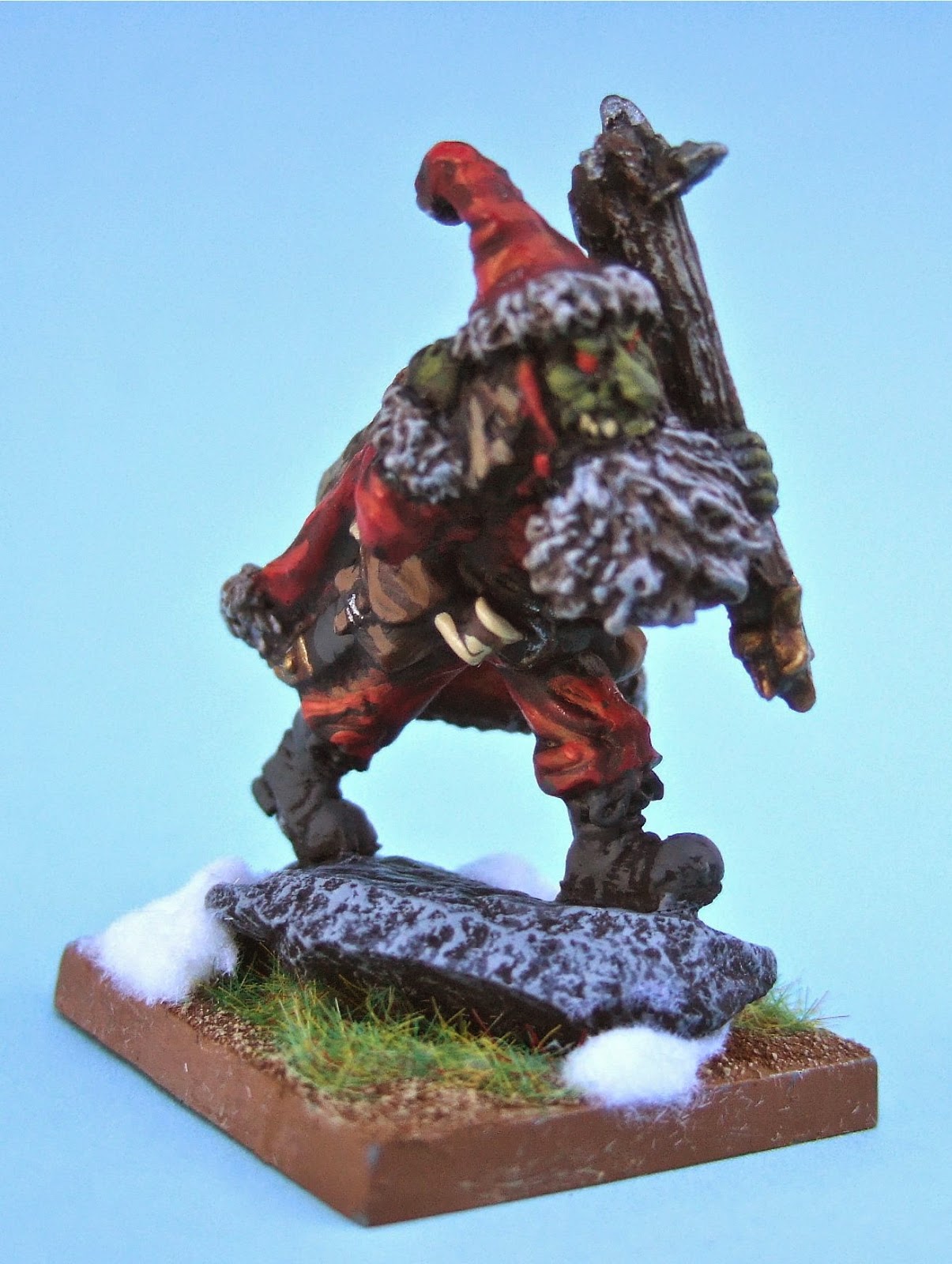 The miniature is Father Grotmass from Midlam Miniatures, great fun to paint!

The last of the Olley's Armies Scrunts for the time being, rounding off with the Kaiser. 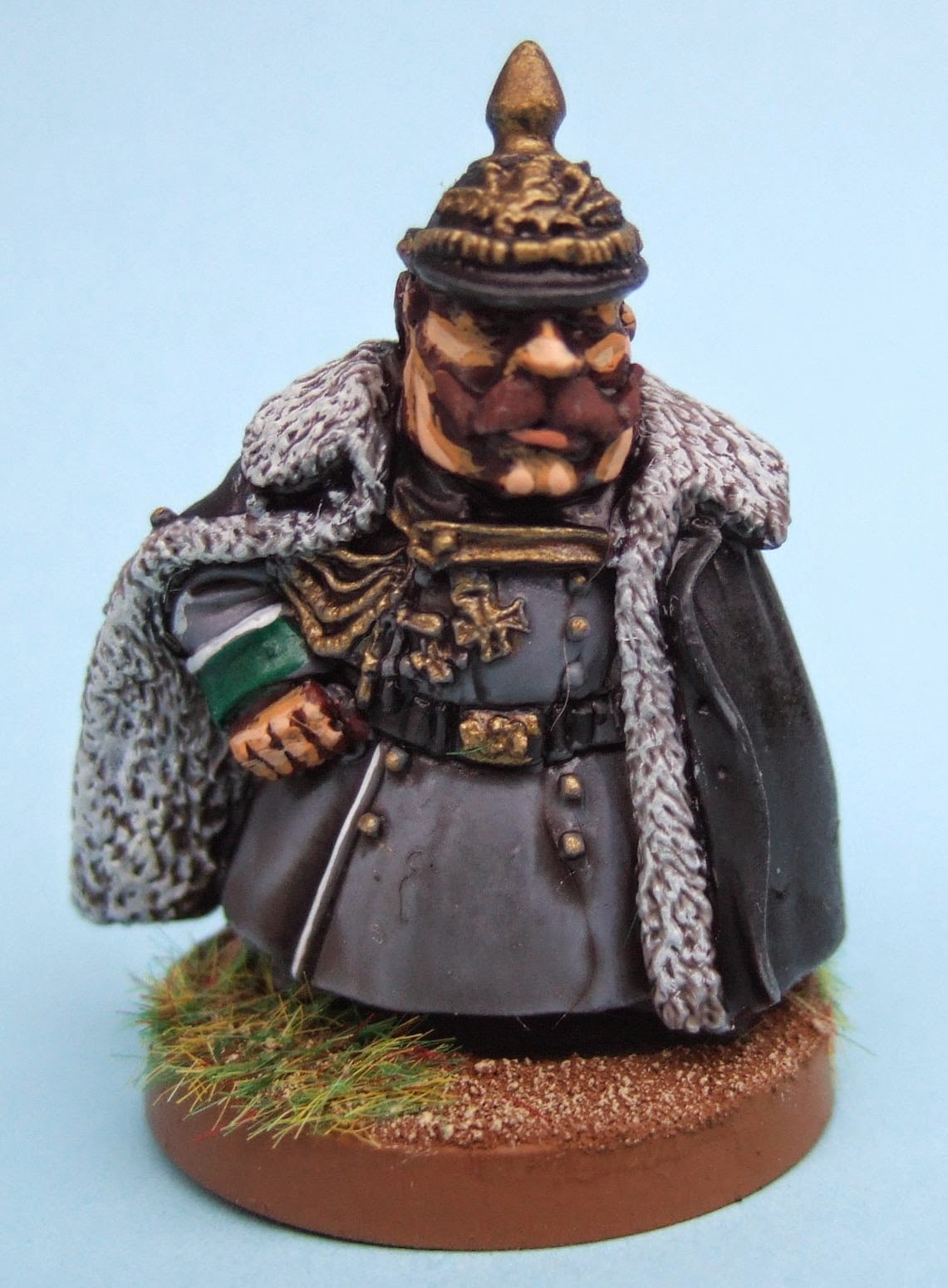 Beautifully sculpted, I am not sure I like my Dwarves without beards, even if it does make him look like Germany's Kaiser Wilhelm. Fortunately I have a second Kaiser miniature which I may add a Green Stuff beard to for a more traditional looking leader....

Continuing with the Scrunts, I managed to finish the command group this lunchtime. I say finish, I haven't decided on a flag design yet, but aside from that my Imperial troops now have an officer, trumpeter and standard bearer to lead them into battle against the rebels... 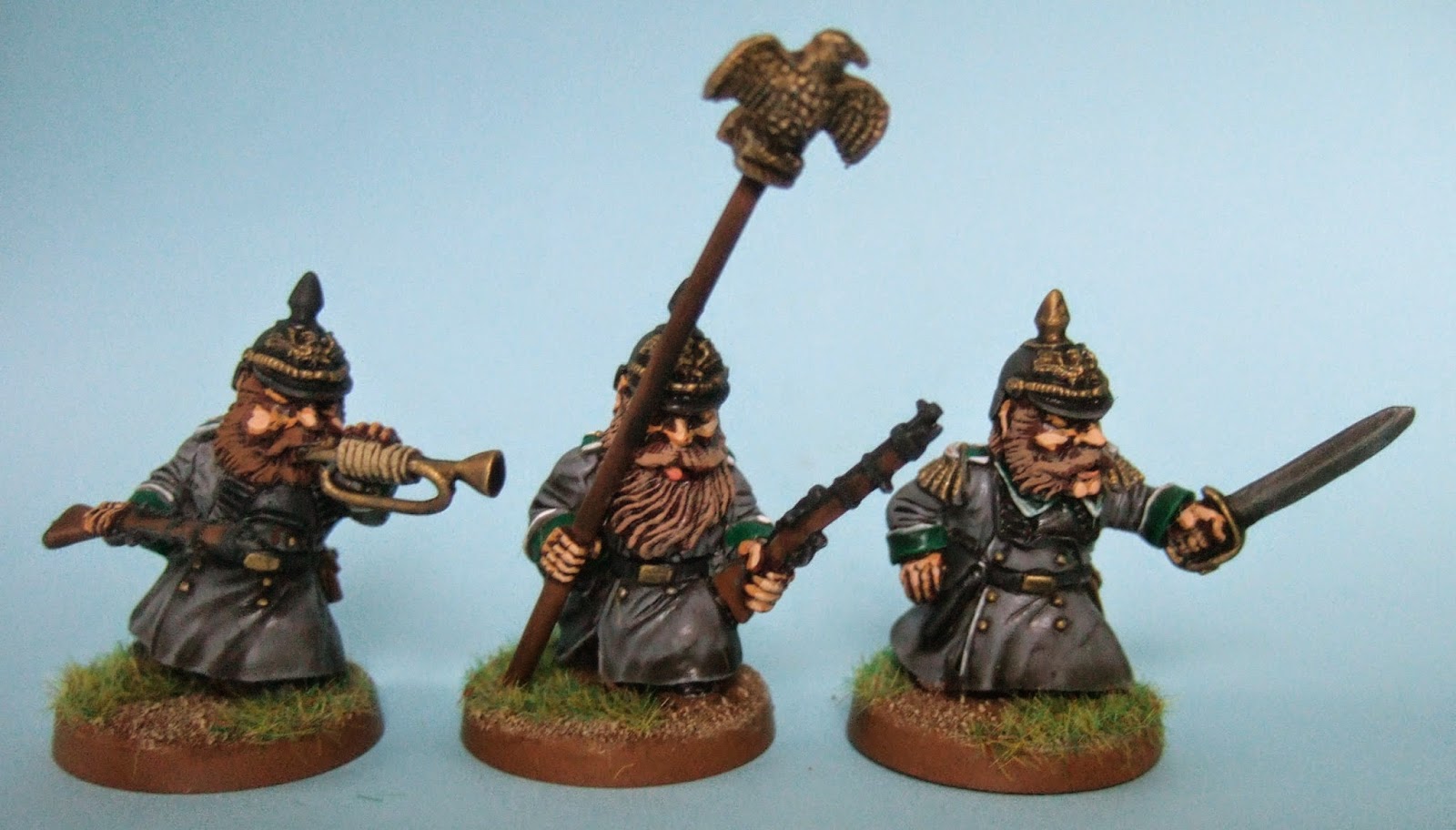 A couple more of the Scrunts, this time an infantryman with stick grenade and a sniper... 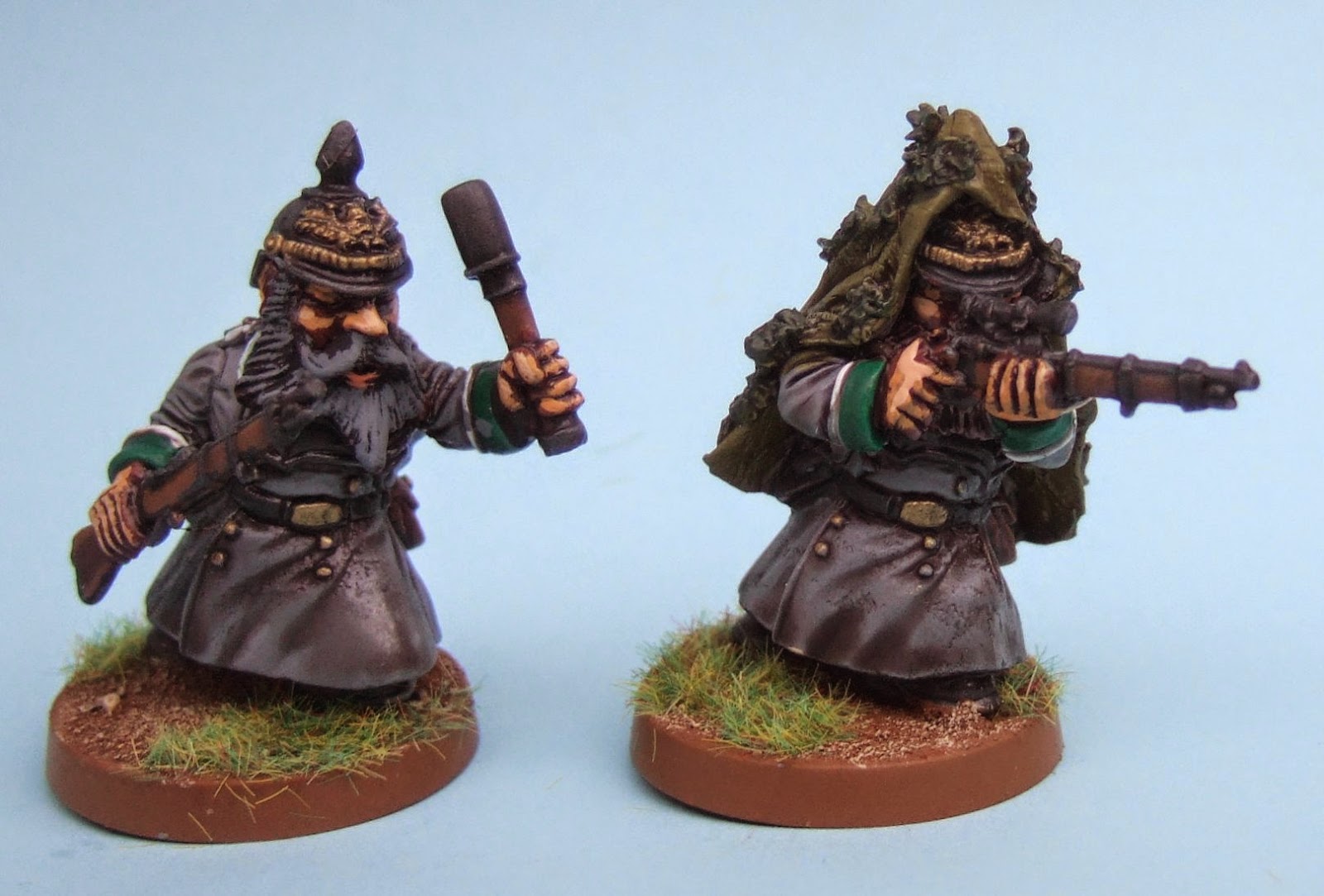 Continuing with the Olley's Armies Prussian Scrunt Kickstarter figures, I finished a couple more figures, a Scrunts with messenger pigeon and a unique "green" that KS pledgers received if they pledged over a certain amount. 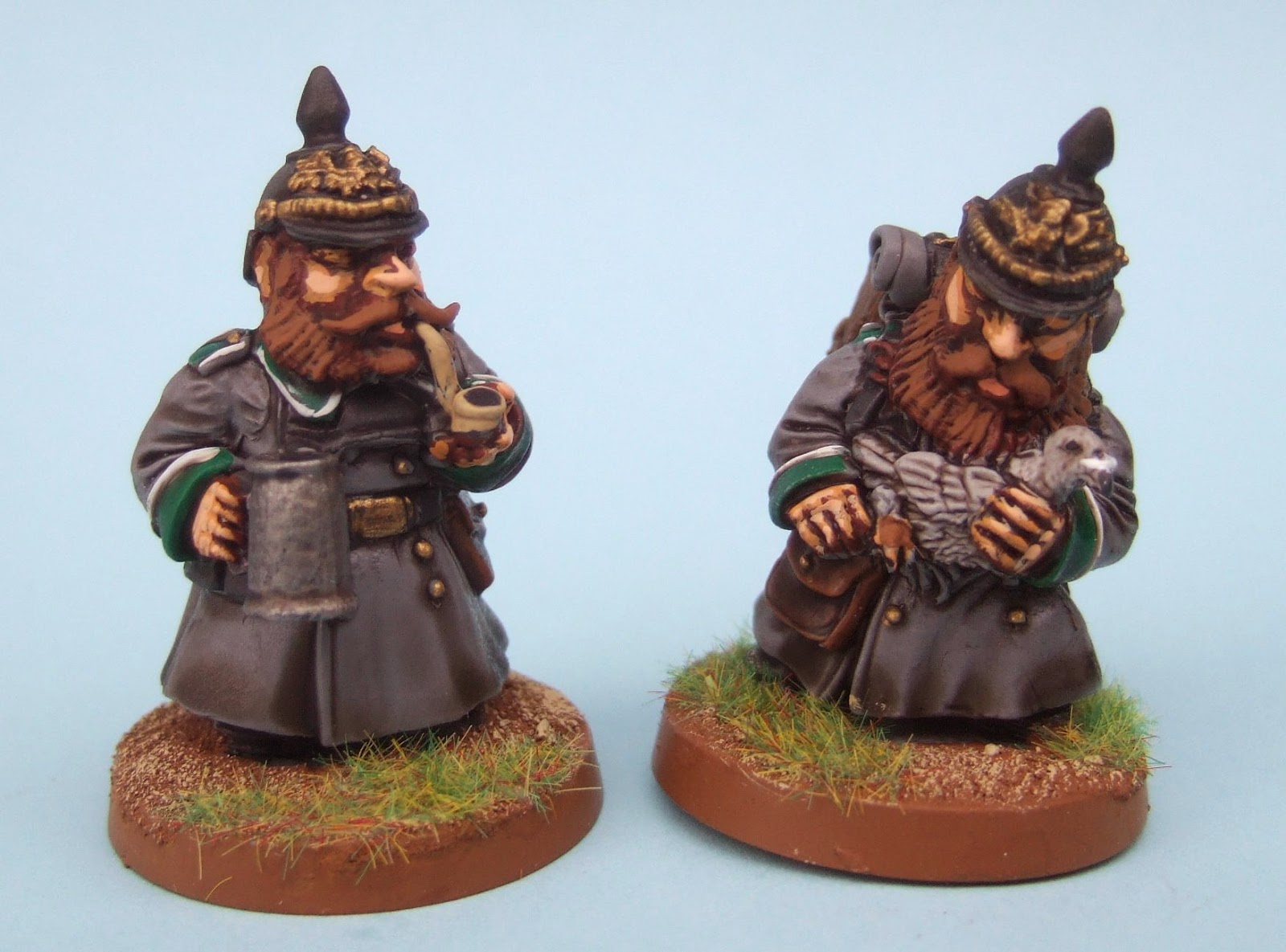 A few more Scrunts pretty much finished and are now just awaiting basing, so expect some more in the next few days.