I have a terrible problem in wanting to change things. Not content with painting a set of Hysterical's Panzerfäuste Forest Trolls, I decided I had to convert some into the elite Kong's Garde (King's Guard). 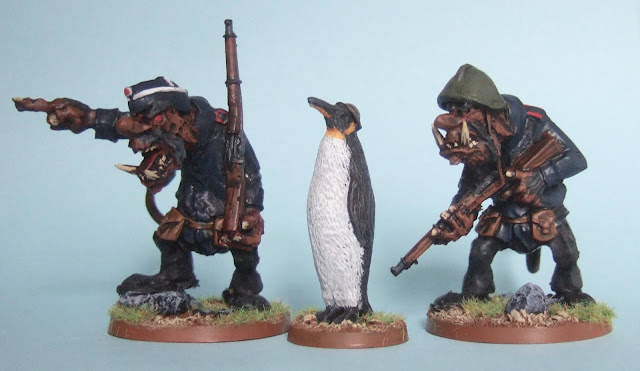 The trolls are based on the Norwegians and in real life the King's Guard fought off a German attempt to capture the King and his cabinet, whilst still dressed in parade ground undress uniform (and some hastily grabbed helmets). 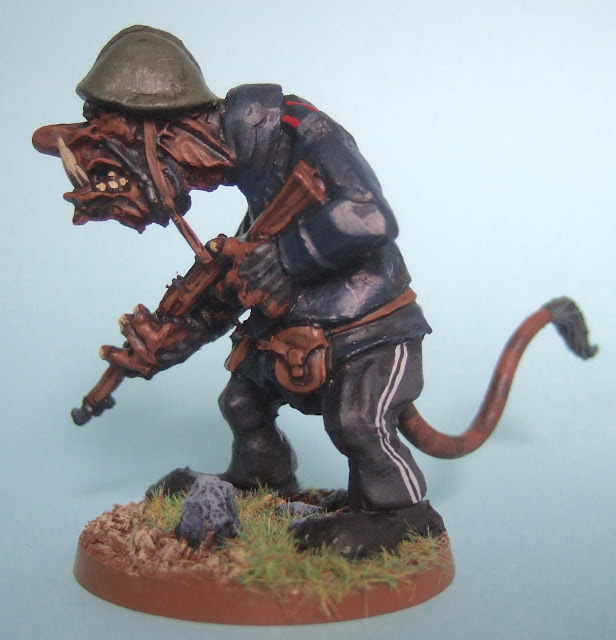 This necessitated a bit of work, the removal of the breast pockets, extending the trousers and changing the head gear. I attempted to make a "Swedish" helmet which went "okay" on one troll, but played it safe with a side cap for the second. 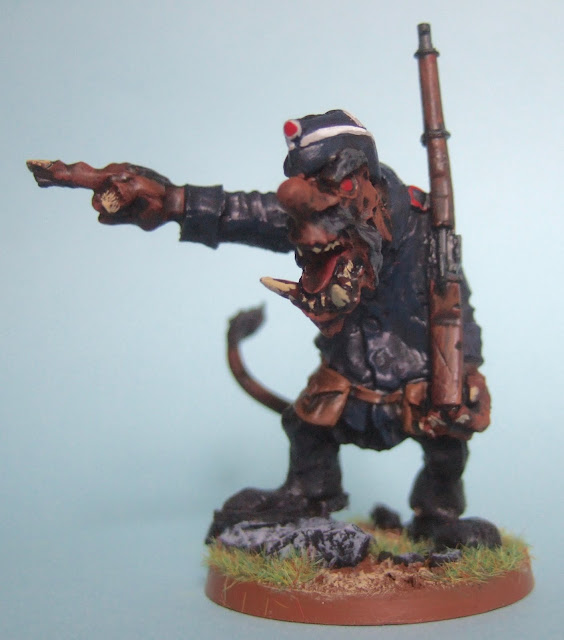 In the sixties the regiment adopted a penguin from Edinburgh zoo and so, as this is fantasy,
I decided I needed a model of Sir Nils Olav. Now sourcing a penguin was not easy. Copplestone make some but they looked a bit small. In the end I used a toy one I bought off Amazon (six for £1.99 including postage) added a plastic British helmet from Warlord and et voila, the King's penguin who needs rescuing from the Dwarves. He's bit big but the trolls like big pets! 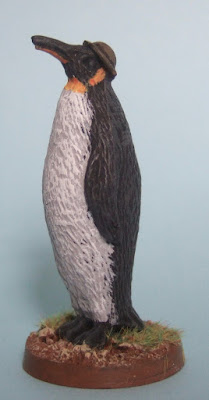 On the subject of animals in Panzerfäuste I also painted up the Kickstarter exclusive freebie, Hansi, the Kaiser's cat... 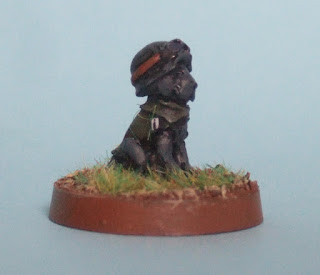 When I popped into Hysterical HQ recently Rob gave me a test casting of the Panzerbär for Panzerfäuste. It is a lovely and very impressive model and I couldn't resist slapping some paint on it... 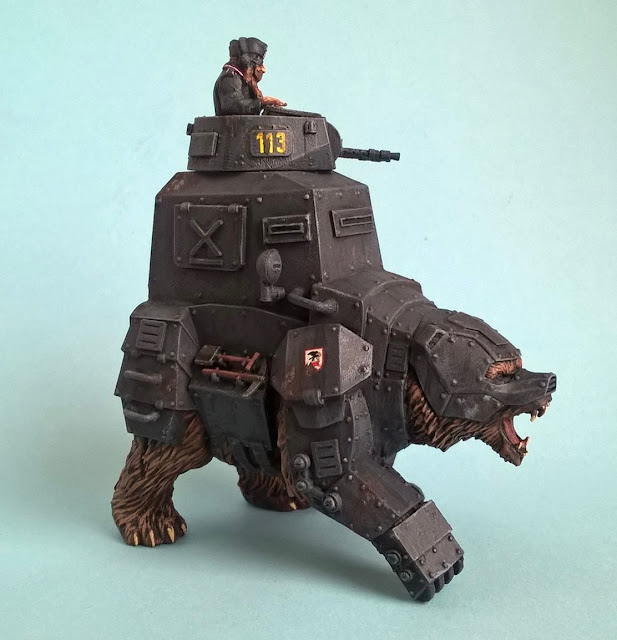 The model comes with two turret options (Pz I and II), open and closed hatch options and two bear heads... 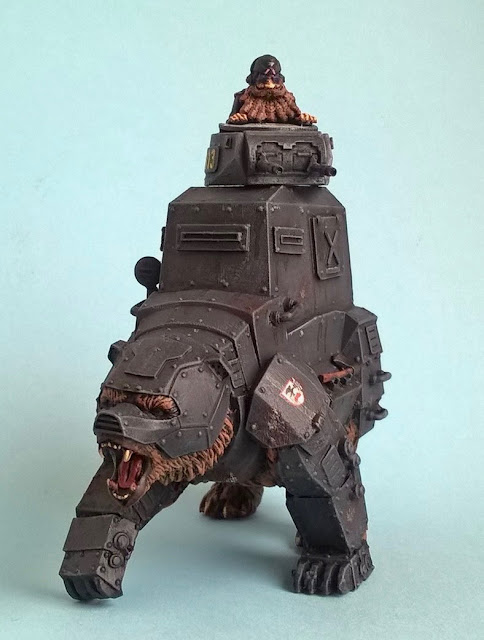 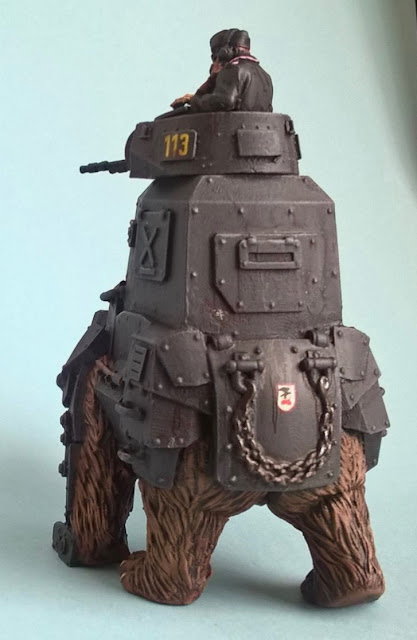 And added some 1/72nd panzer decals I had sitting around... 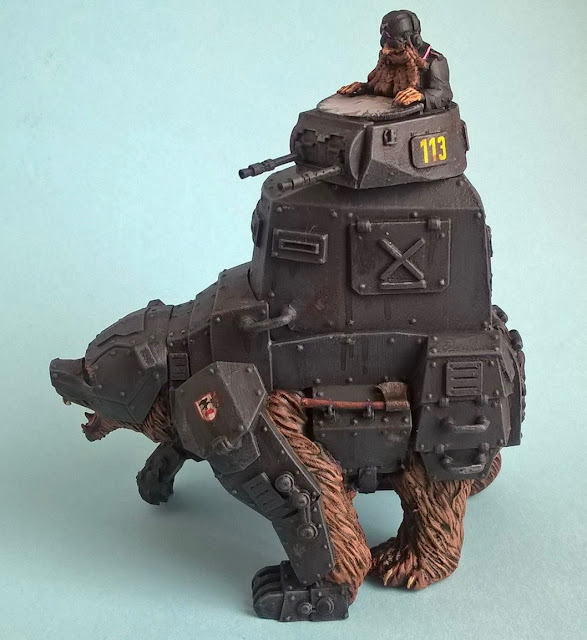 Overall, I am very pleased with the end result and it's a model I think will be very popular with gamers.
Posted by Steve at 11:21:00 4 comments:

You may remember a couple of years ago I started work on a small Sprue Fortress to go with my Sprue Village and Sprue Town for Land Ironclads and Aeronef games. Unfortunately I managed to lose the model (don't ask) but recently found it so decided to slap some paint on it before it went AWOL again... 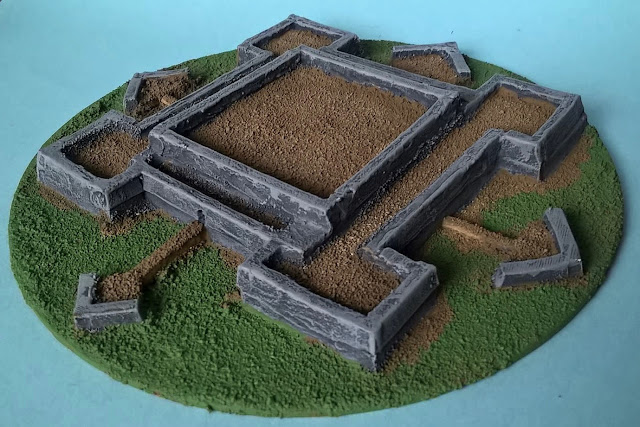 Here it is with an aeronef and some Land Ironclads contraptions for scale... 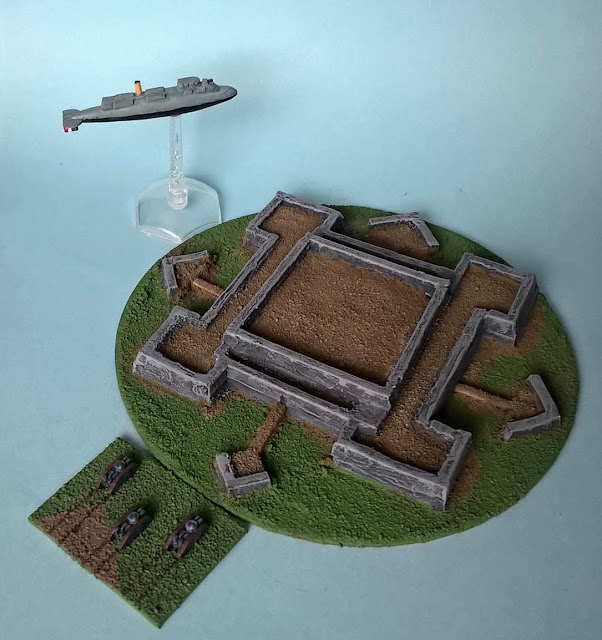