After some prevaricating I decided that I didn't like the Jordanian M113's I posted yesterday as the final (diluted) ink wash had made the main sand colour (Vallejo Green Ochre) too dark. So I repainted them...

This time I did not put a second wash on after the Reflective Green camouflage pattern was added but added a lightened Green to the pattern to provide some highlights. With a bit of Buff weathering I am much happier with them and the Jordanian Centurions I also painted. 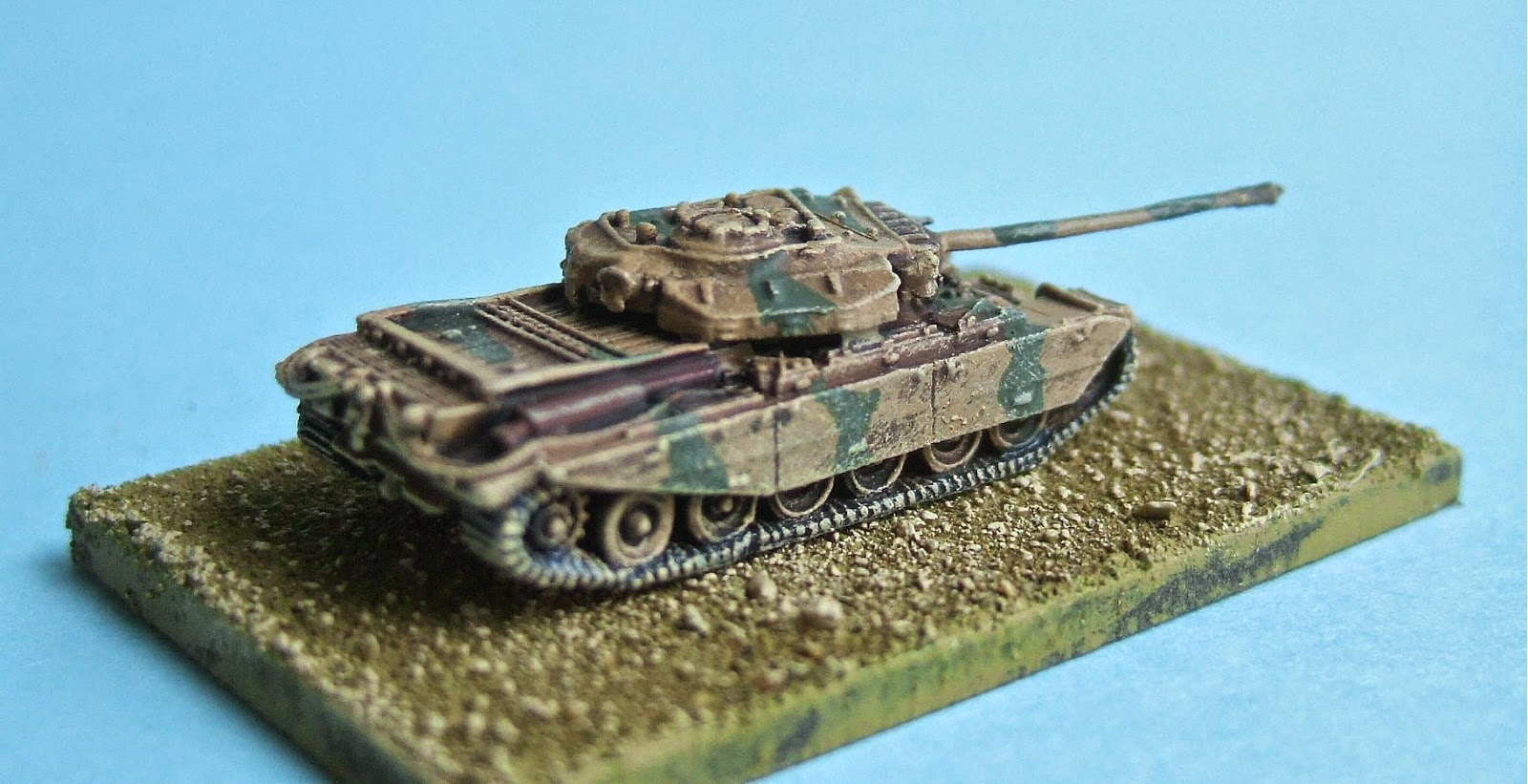 As stated yesterday the 40th Armoured Brigade's Centurions saw action on the Golan Front in 1973, impressing the Israelis in the fighting but failing to co-ordinate well with their Syrian and Iraqi allies. The unit is also suitable for the 1967 Six Day War and the 1970-71 Jordanian Civil War when the 40th Armoured fought the Syrian 5th Division which invaded Jordan to support the PLO. 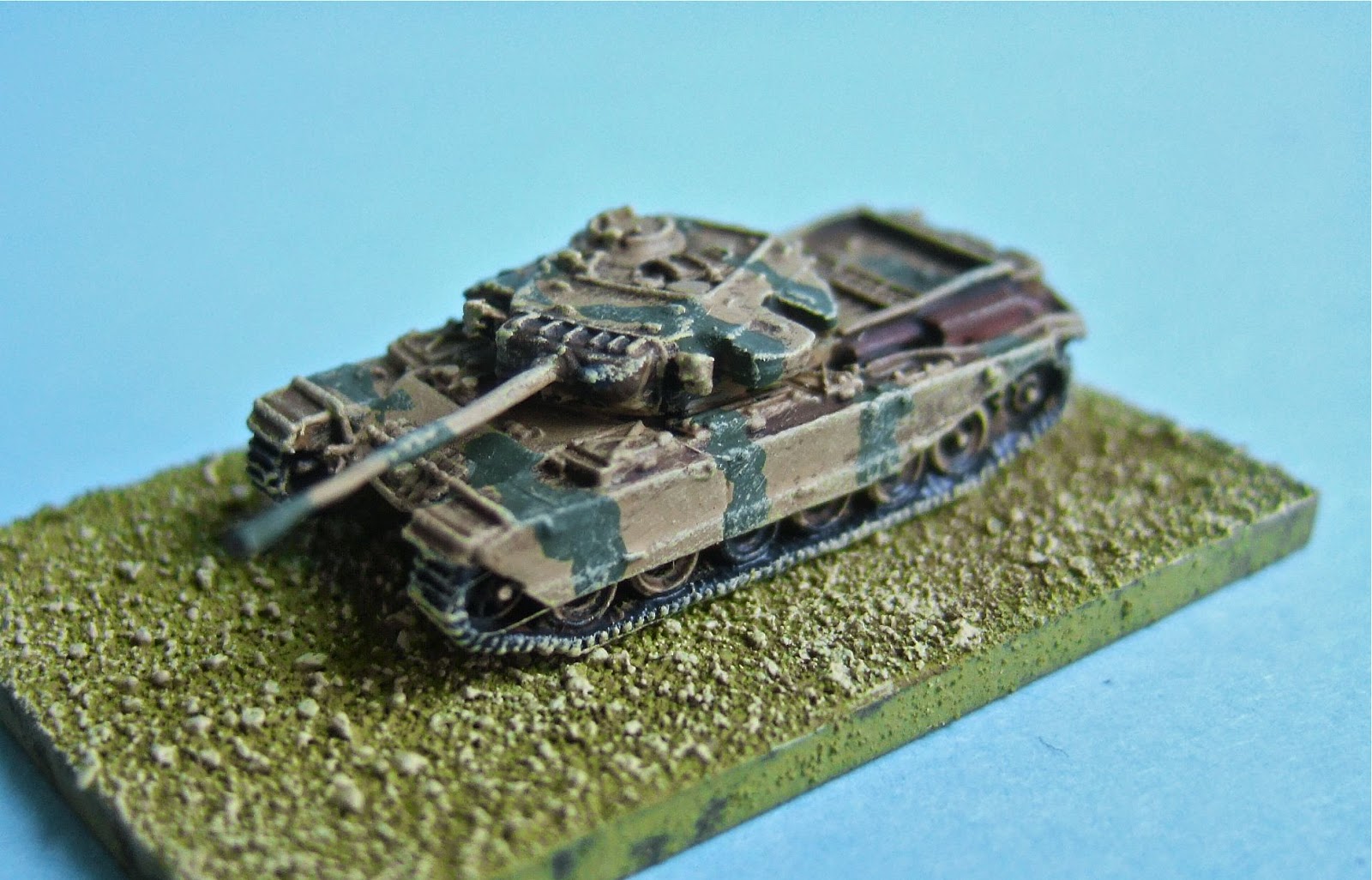 I'm happy with the look of the Jordanians and the Centurion company, they make a nice change for the Israeli sand grey! :-) 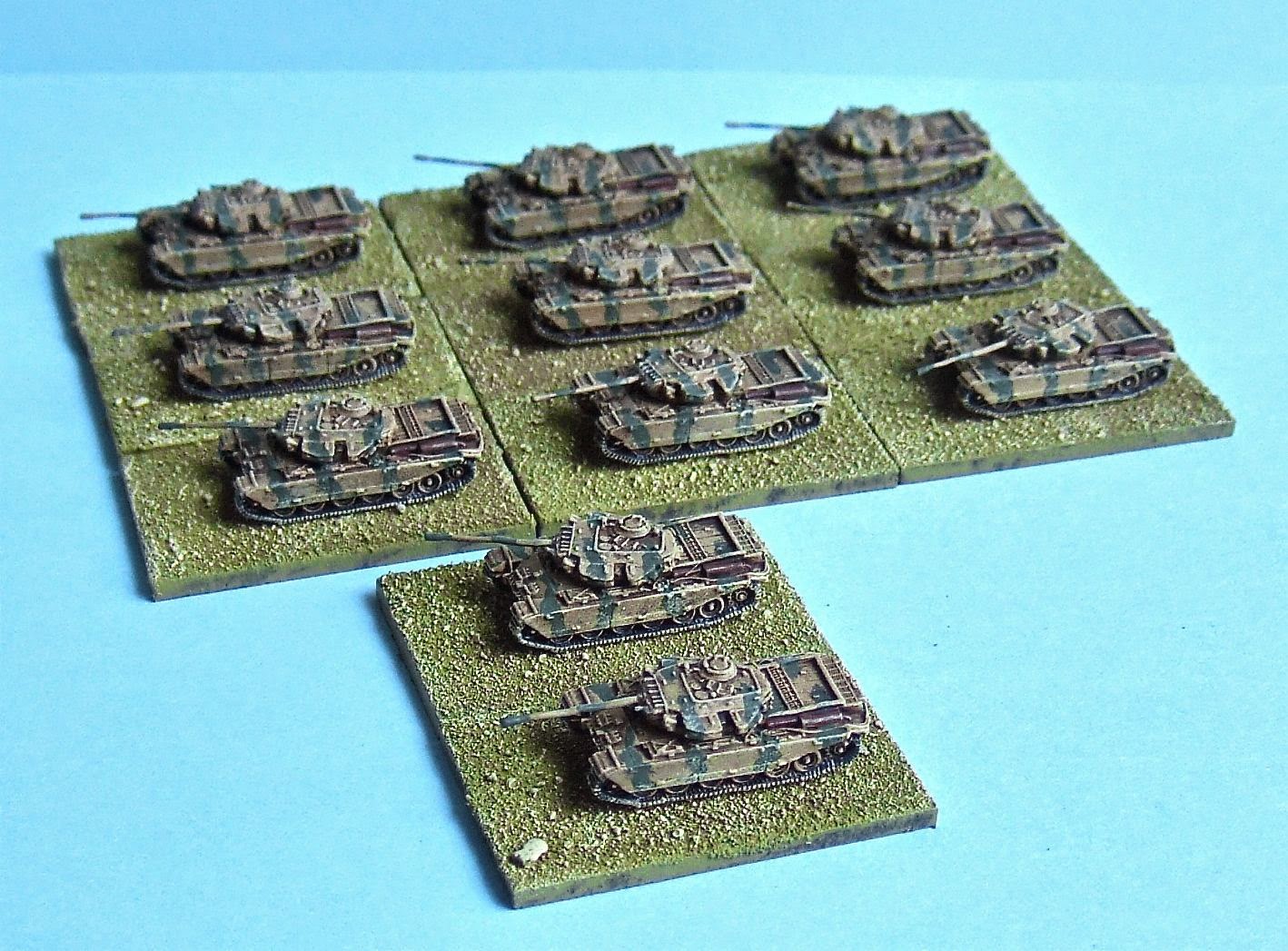