One of the most iconic of images of the Arab-Israeli Wars has to be that of the upgraded Israeli M50 and M51 Shermans. 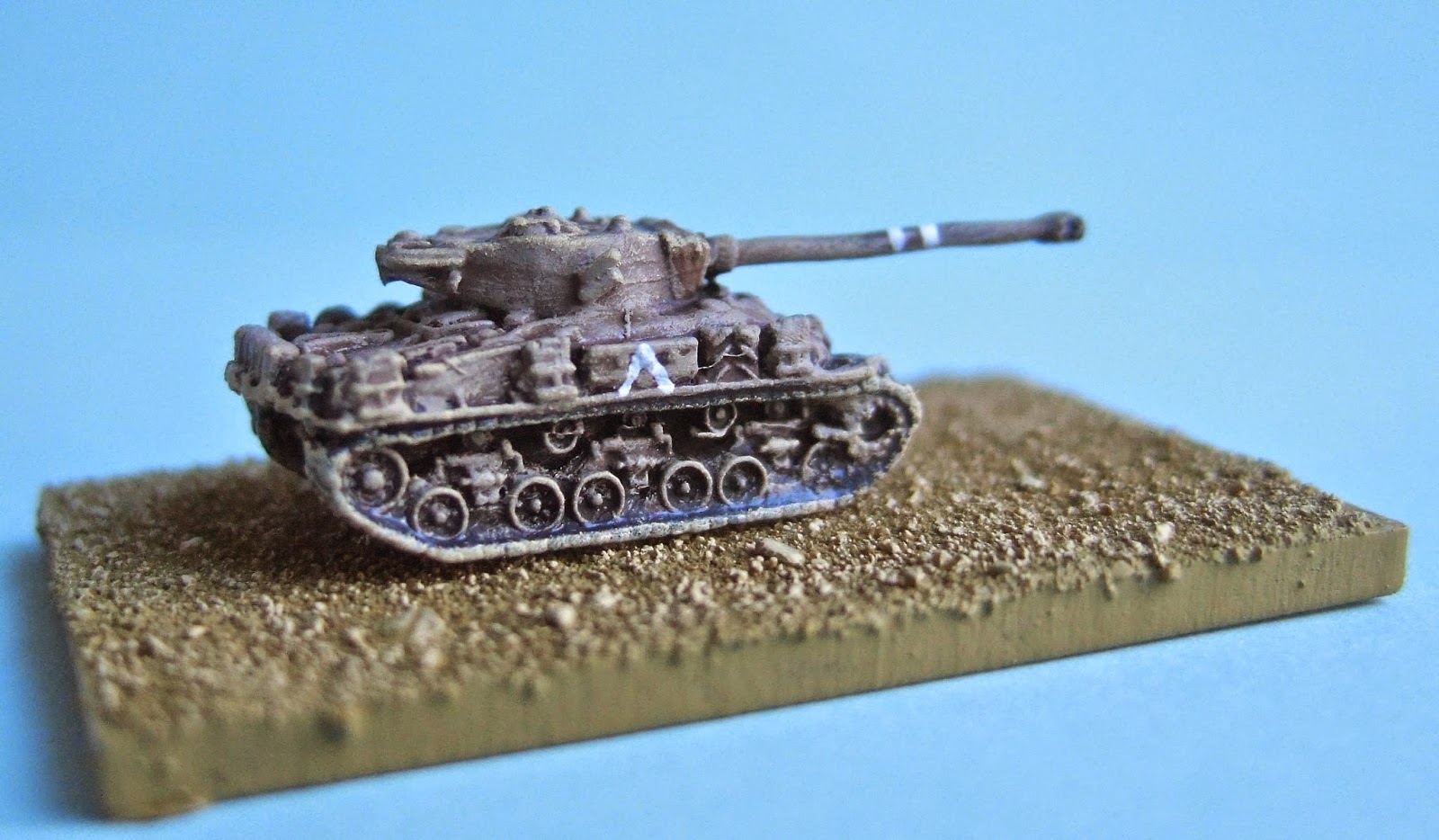 Often called Super Shermans or Ishermans (Israeli Shermans), although not by the IDF, they had by 1973 largely replaced in the IDF Armoured Brigades by the Magach's and Sho't's with only the 19th Reserve Armour Brigade being equipped with them on the Golan Front. 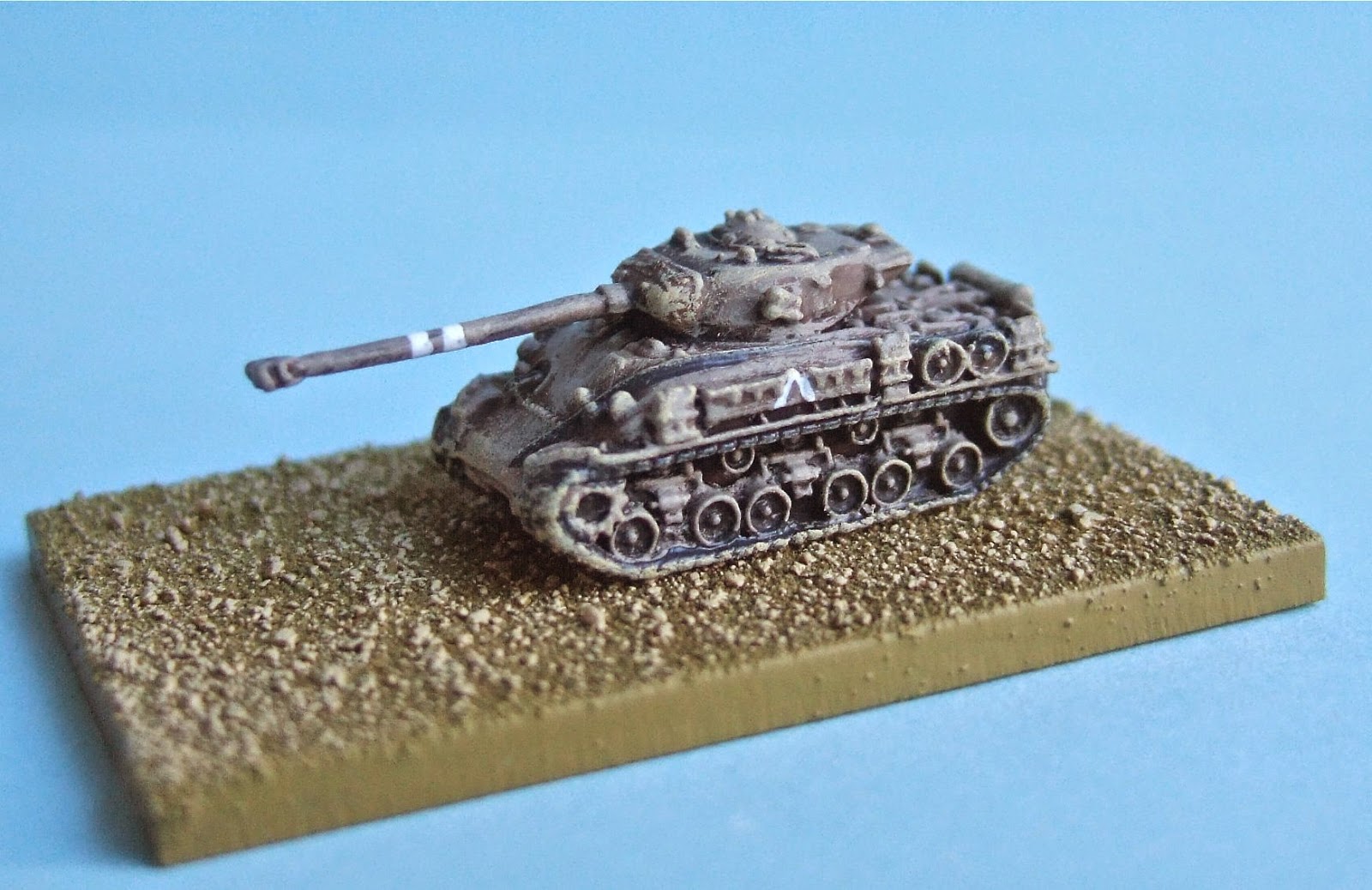 However they did continue in service with the IDF's Mechanised Brigades and as I now have rather a lot of them I have painted up a company of fourteen M51's for October War action. 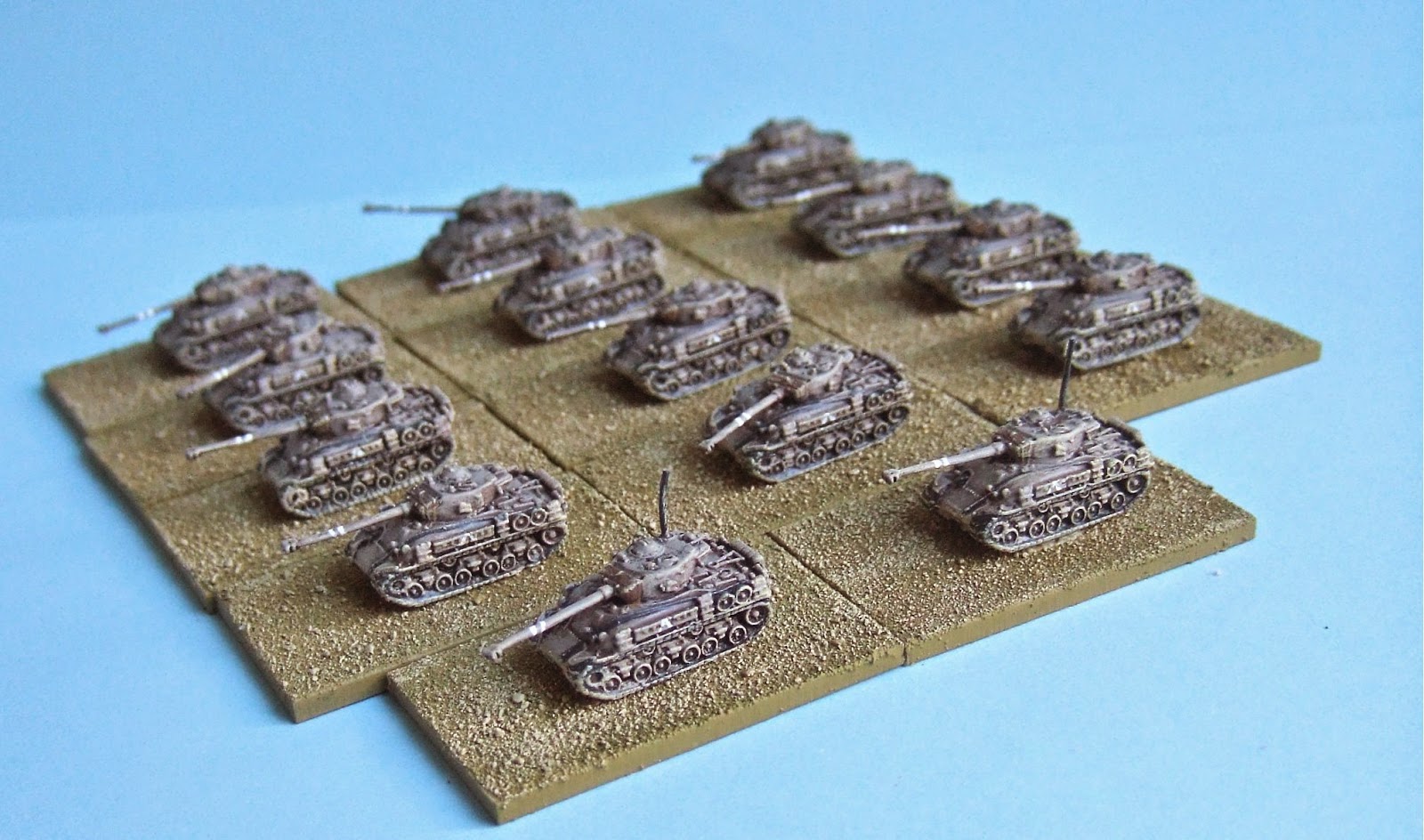 The models are old GHQ 1/285th's, the markings (such as they are) hand painted.