The masses of Arab-Israeli white metal I bought last week contained rather a lot of Centurions with 20 pounders (the Sho't Meteor in Israeli parlance), more than I really needed when added to the few I already had in Lead Mountain. I painted one company's worth up for the IDF having identified the 205th and 679th Armoured Brigades used this variant in 1973 but what to do with the rest?

The obvious answer was to paint them up as Jordanians for 1967 (given the amount of M51 Shermans I have the IDF will not need any more Sho't Meteors for the Six Day War when I around to it!). However I then remembered that the Jordanians had engaged in a limited fashion in 1973 on the Golan front, sending the 40th Armoured Brigade into Syria a week after hostilities commenced.

So I've decided to raise a small Jordanian force using the spare Centurions, some 25 pounders and these GHQ M113's I bought last week, all I need to complete the unit for Flames of War is a pack of Saladin armoured cars and M42 SPAAG Dusters (and the good thing is that this unit is perfect for the 1967 war as well as 1973 and the fighting with the Syrians in 1970). 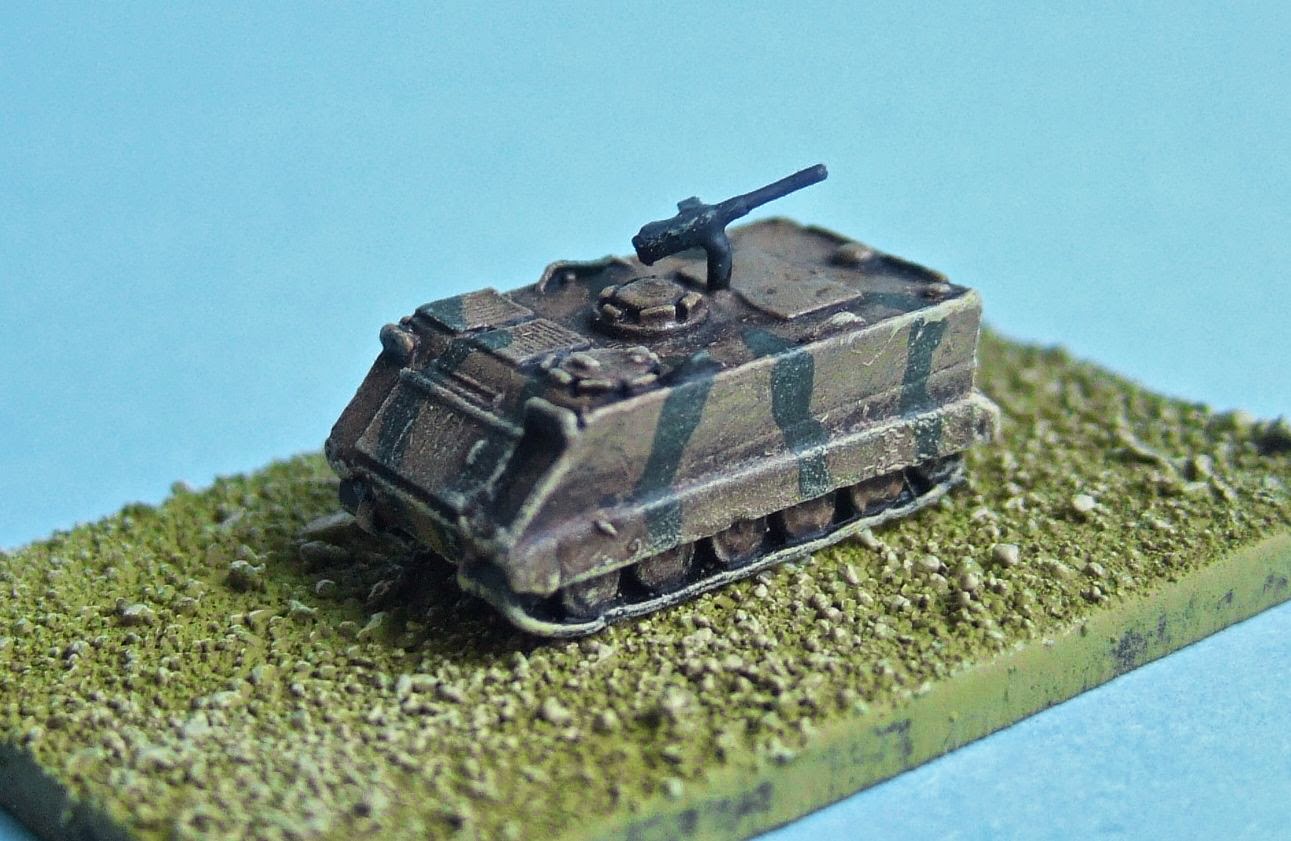 The M113's were a straight forward paint job to test the paint scheme before embarking on the eleven Centurions. I do need to decide on the infantry though, in 1967 they wore British WW2 helmets but by 1973 had switched to the US helmet, a distinctive difference even in 6mm...