The "bad guys" in Rogue Trooper are the Norts, a human power bloc with a heavy Soviet concept influence. Accordingly I used a Russian palette when painting the Nort, block painting, dipping then highlighting as previous. 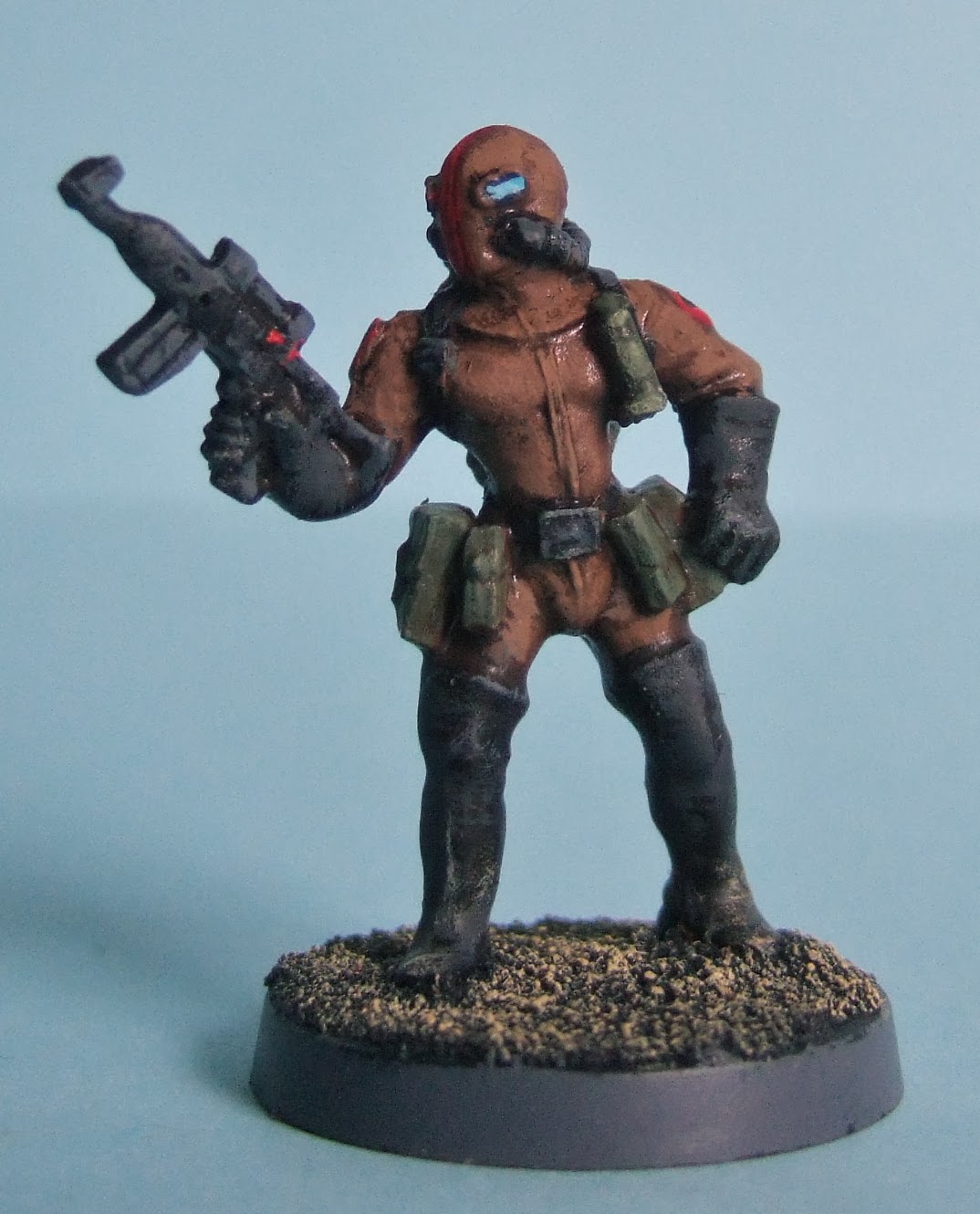 I was not sure on the boots and gauntlets and had originally planned to do then a dark brown, but re-reading the first Rogue Trooper stories, whilst the art is black and white, they appear to be a black leather. Whatever, they provide a better contrast to the main brown uniform. 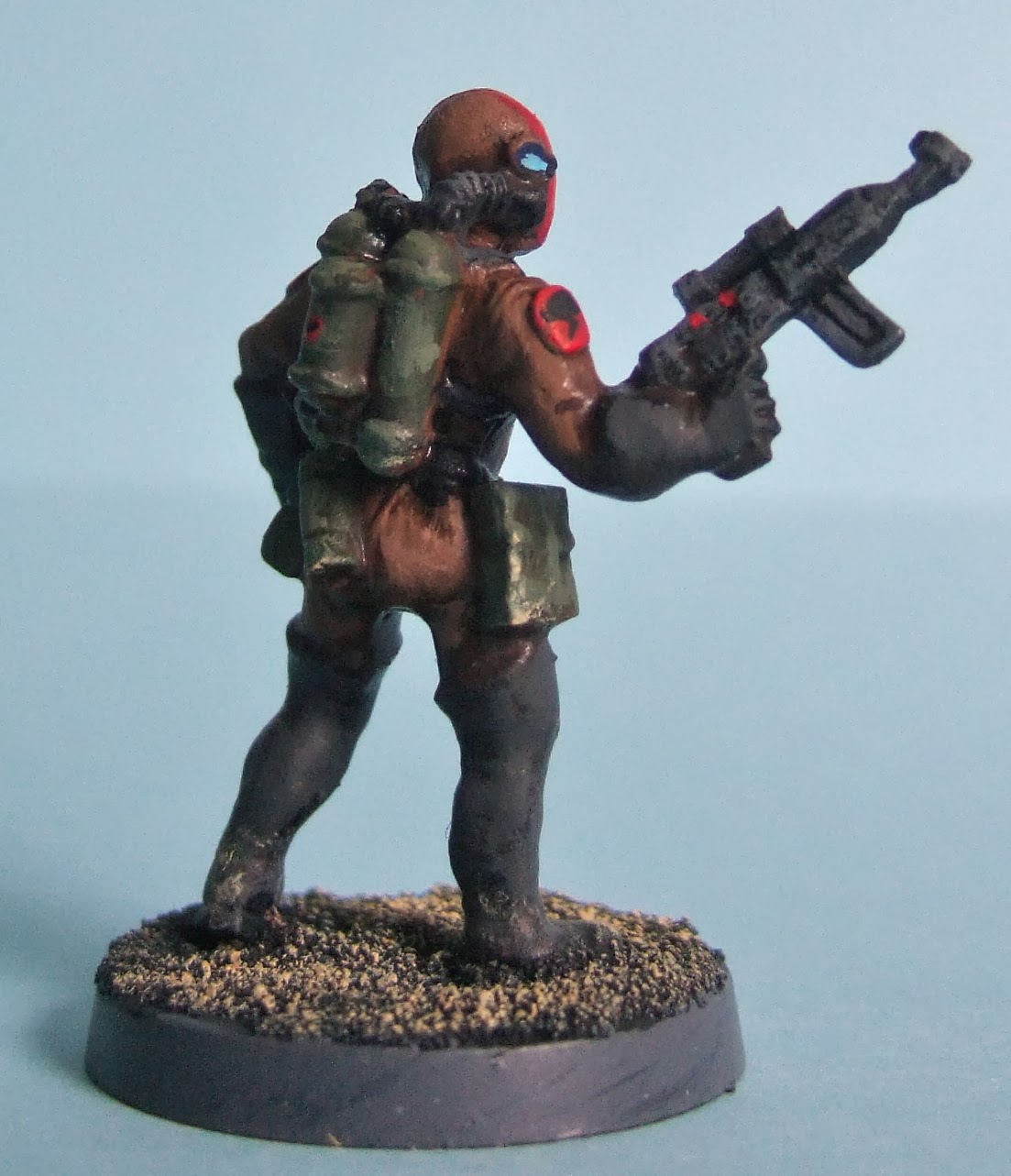 I did tweak the base this time, I've kept the groundwork the same, Black Grey drybrushed Buff, but painted the base edge London Grey which seems to work better than Black Grey.