Battle Academy - War on the iPad...

Following on from my "discovery" of the excellent iPad strategic level games from Shenandoah Studios, I've now been hooked by another iPad game, Slitherine Studio's Battle Academy. Whereas the Shenandoah games are computerised boardgames, Battle Academy is like playing a 1/300th wargame on the iPad. 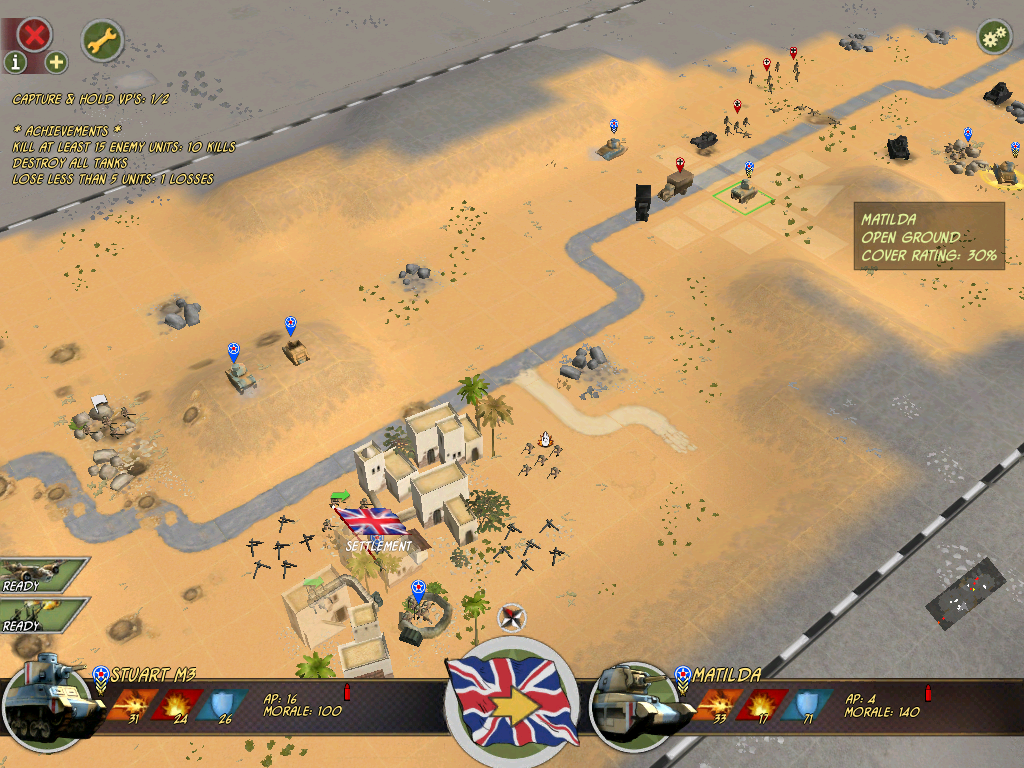 Units are individual AFV's, light weapon teams and infantry sections and the basic game covers a selection of theatres including the Western Desert (above), Normandy and the Ardennes. There is extra downloadable content covering other theatres such as 1940, Sicily etc. (which you pay for) and also quite a bit of free stuff designed by fans of the game which includes the Pacific, Crete and WWI. I actually started with the WWI stuff and must say the Cambrai campaign was superb and extremely challenging, especially the canal bridges battle (below). 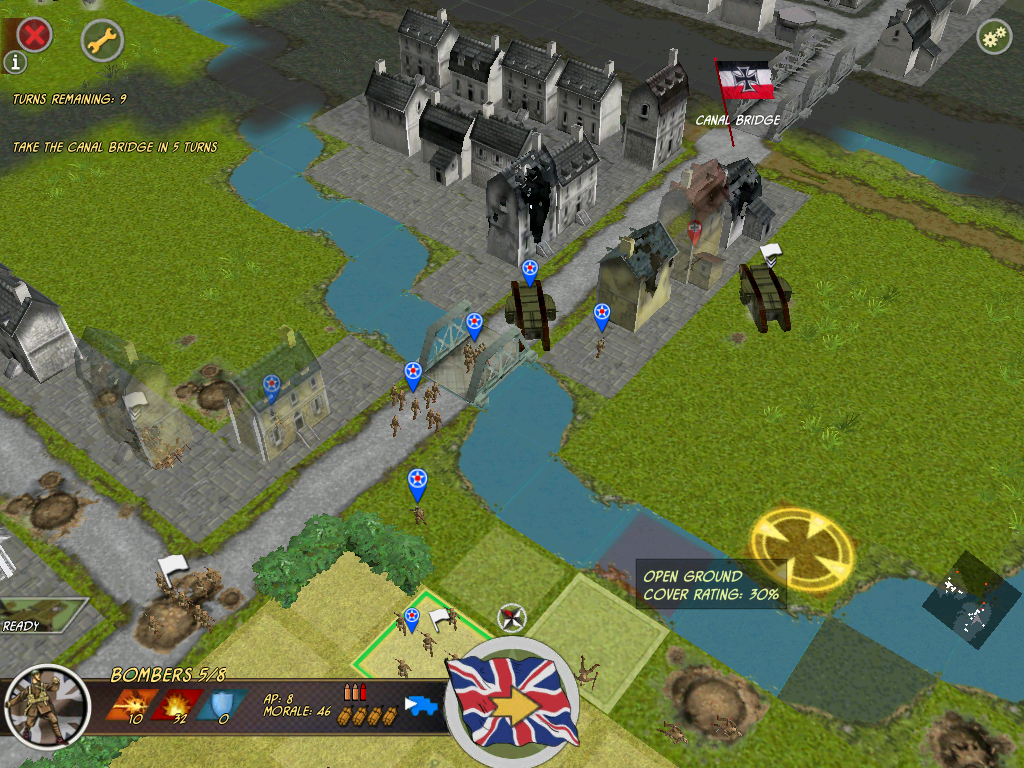 At £13.99 is its a premium price product but it is exceptionally good value for money for the amount of entertainment provided. The game can also be synchronised across other platforms such as PC and MacBook and played against players on those platforms if desired.

All in all, if you have an iPad and are interested in WWII (or WWI) this should be a must have game.
Posted by Steve at 14:41:00