Grands Chapeaux: Dwarf Musketeers of the Guard I

Last year Iron Mask Miniatures ran a great little Kickstarter to bring a range of Dwarf Musketeers and Ogre Guards into production. A sucker for anything involving fantasy races in historical costumes I jumped on board. 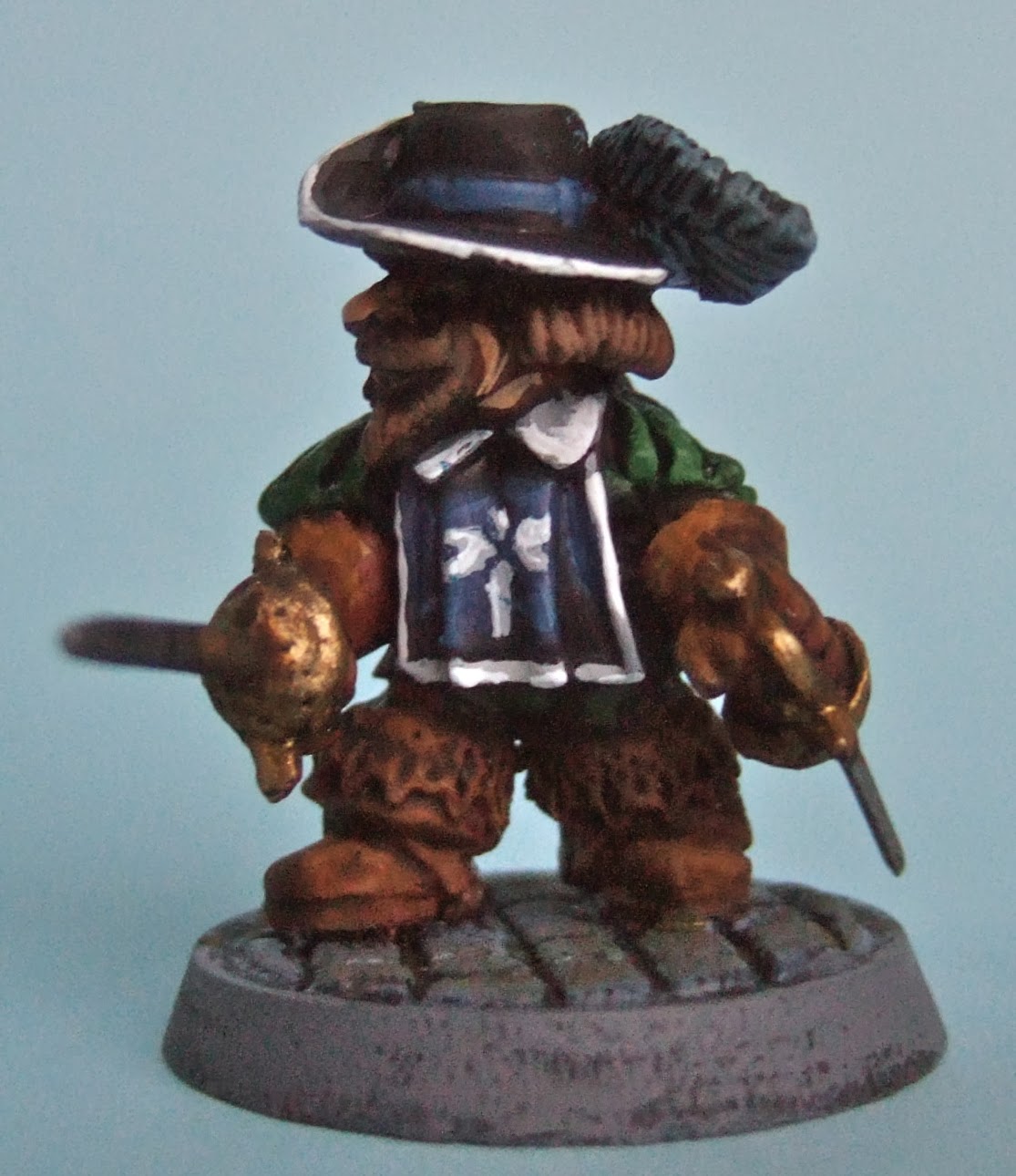 Inspired by Dumas' Three Musketeers but in a fantasy setting, the crowd-funding was successful and an expanded range (with characters) and a set of rules called Grands Chapeaux has been released. 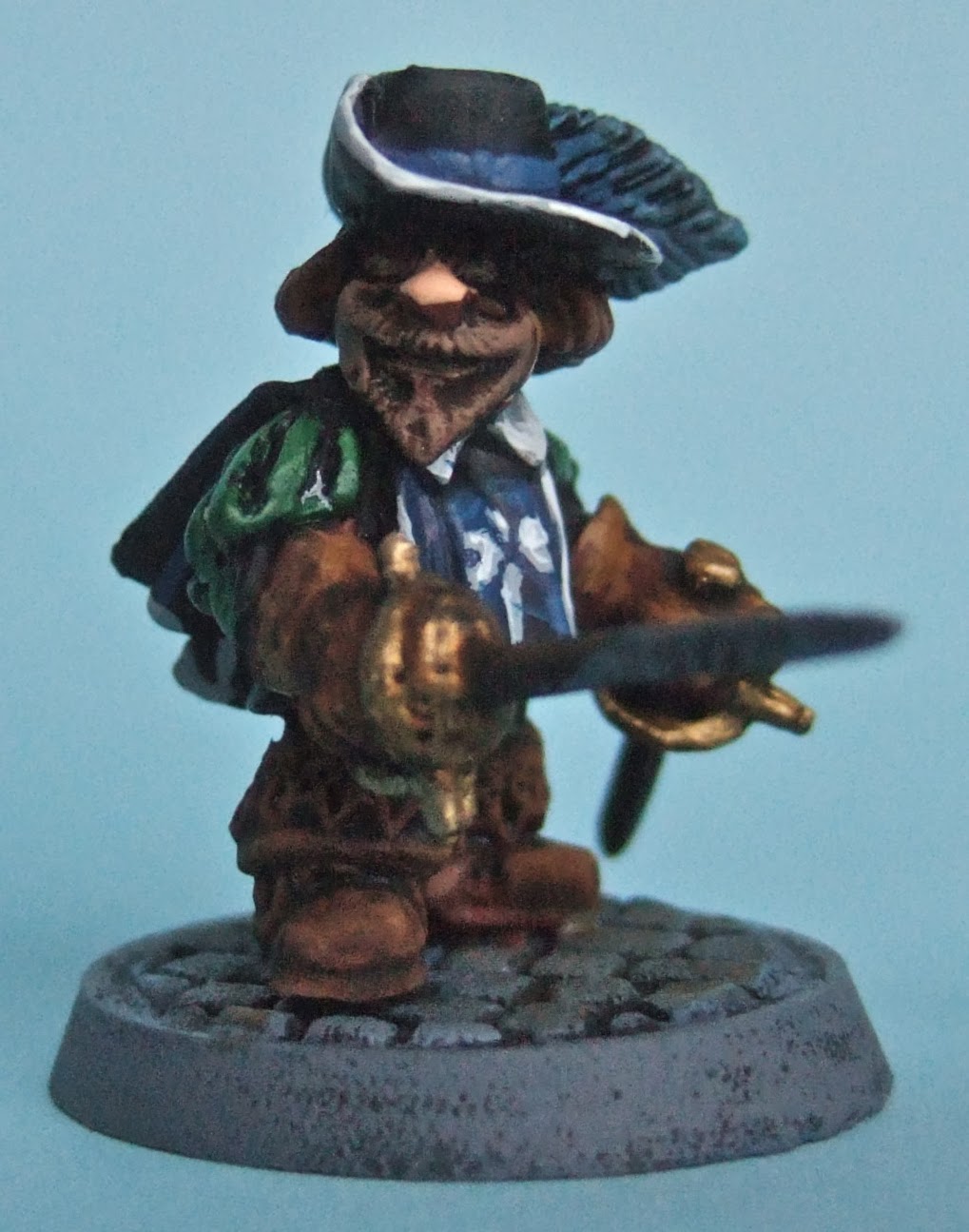 The miniatures are great with separate heads and hands with loads of different weapons options and before Xmas I glued together a Dwarf and an Ogre to paint as as test pieces. Despite planning to do some more work on the Coldstream pike today I ended up painting the Dwarf, who is not too shaby... 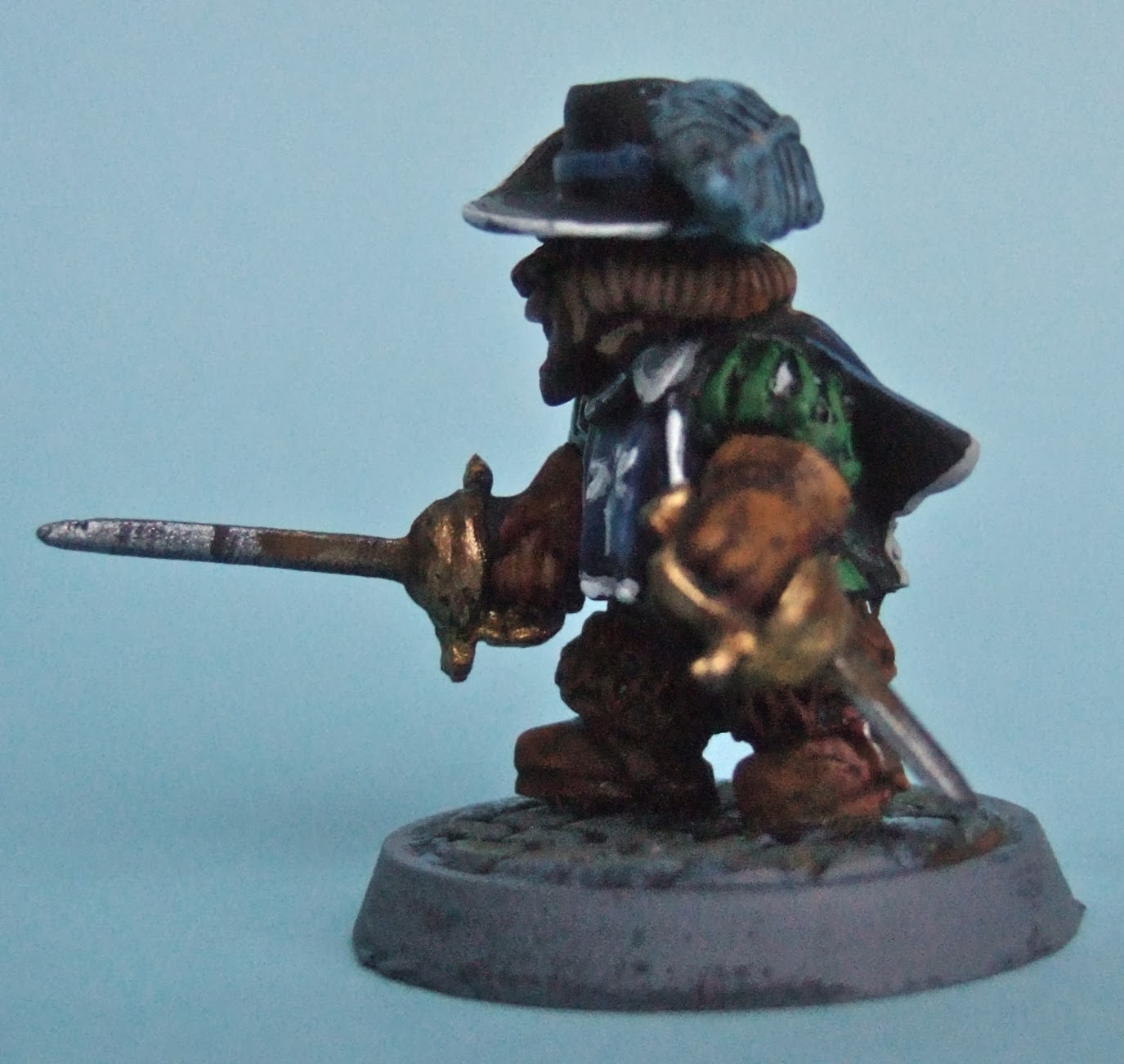 Coldstream's tomorrow (as long as I not still up at 2.30am beating back the Germans in Battle of the Bulge as I was today!) 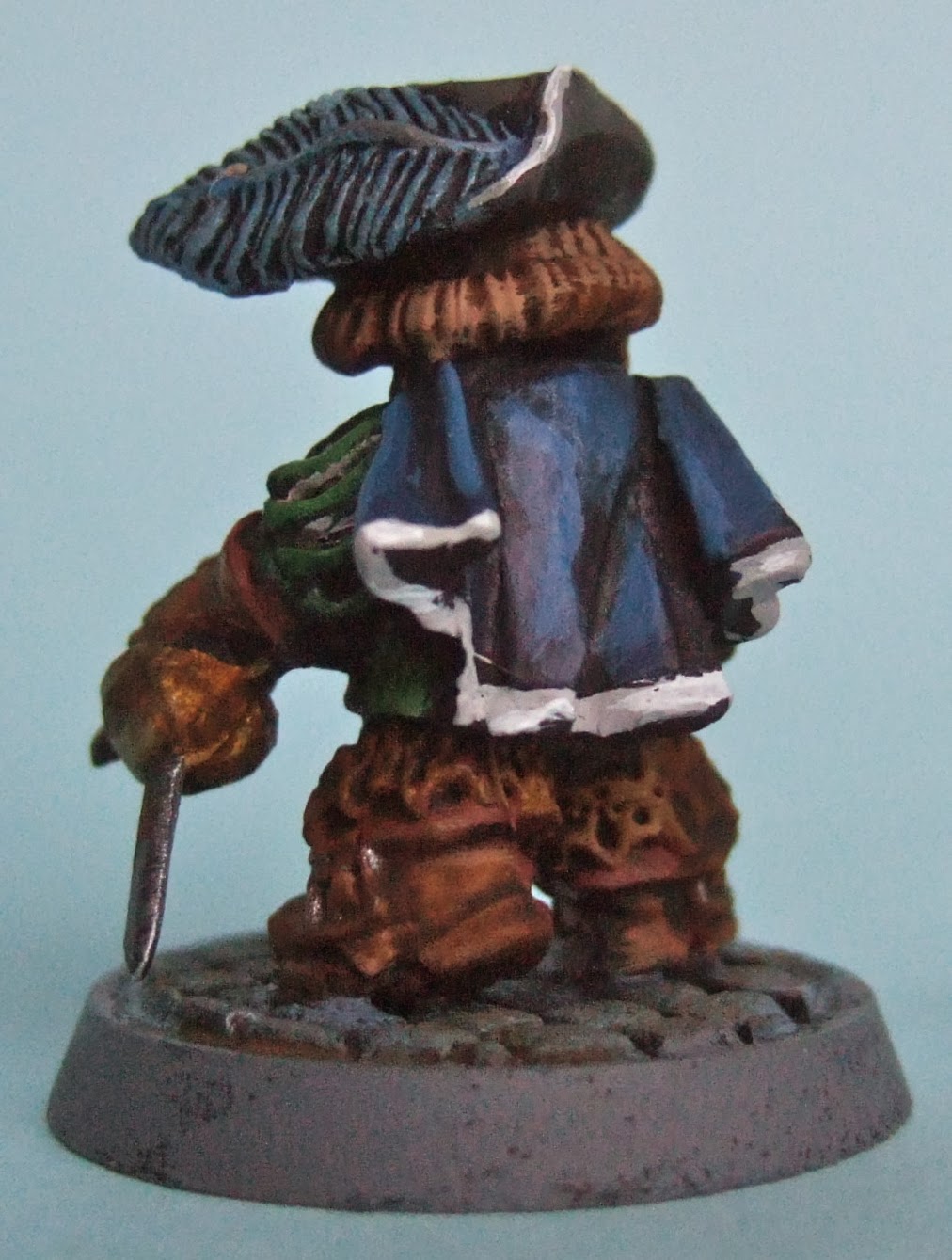