You would suspect that the latest issue of the free downloadable issue of Sport magazine would have little to do with WWII wargaming but you would be wrong! :-) 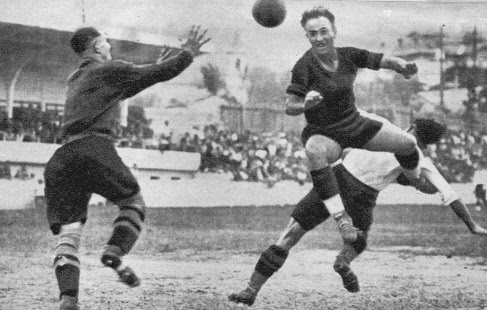 On January 13th 1930, 24 year old centre-half Alexandre Villaplane, born in Algiers,  captained France in the country's first ever World Cup match against Mexico in Uruguay (they won 4-1). On December 26th 1944, he was executed by firing squad as a Nazi collaborator and traitor, guilty of his involvement in the massacre of 52 civilians in Mussidan...

Between 1930 and 1944, he had a chequered history to say the least being involved in match fixing and petty crime, before becoming an SS-Untersturmführer in the 300 strong Brigade Nord-Africaine. Also called the Légion Nord-Africaine, the BNA was a paramilitary force created by French Gestapo agent Henri Lafont and Muslim Algerian nationalist Mohamed el-Maadi. The unit was made up of Parisians of Arab and Kabyle Berber ancestry and fought the French Maquis is a several actions in the first half of 1944, as well as engaging in several attrocities, before being disbanded in August 1944. 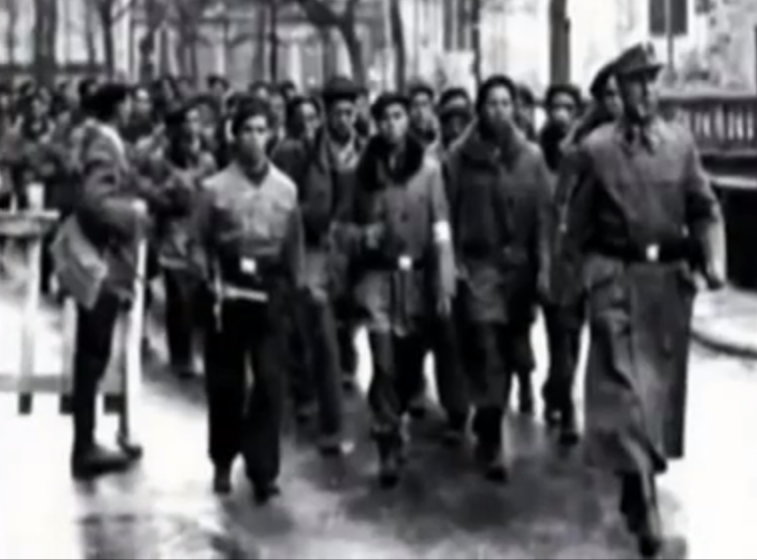 Anti-partisan warfare often includes some units of questionable history and taste and the Brigade Nord-Africaine certainly falls into that category, however to ignore them is to ignore the brave struggle of the Maquis in Occupied France against the Nazis. 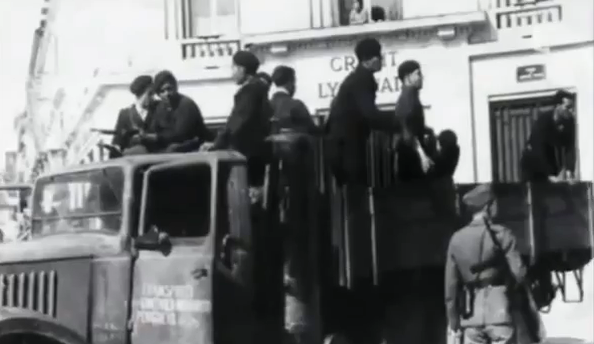 As you can see from these screen grabs of a video I found on You Tube, they would certainly make an interesting looking unit for a game like Bolt Action with officers and NCO's wearing SS uniforms and the troops Milice style para-military uniforms armed sten guns.
Posted by Steve at 20:14:00