Next out of the big Vampire box of Bones are a pack simply called Heroes. The six figures are supposed to be a Cleric, Rogue, Ranger, Wizard, and two different fighter types but I was missing the wizard. Bit of a mixed bag, but all potentially useful...

The Werner Klocke pack of female miniatures was supposed to include a Paladin, a Fighter, a Sorceress, and a Bard, unfortunately I am short two which is a shame as I like the two I have (love the bard's "electric" guitar!). 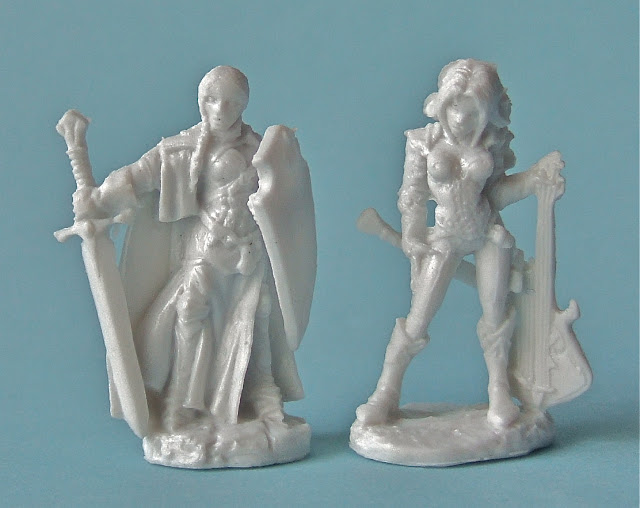