As we still have a lot of Bones miniatures to get through from the $100 Vampire box, I am going to rattle through a fair few today...

The Bedevilled pack contains a Marilith, and a Hellborn rogue, a Hellborn fighter, and a Hellborn mage.  The Marilith is, I suspect, the snake woman and is a great miniature. Really looking forward to painting this one. The fighter will no doubt end up with some Chaos warriors... 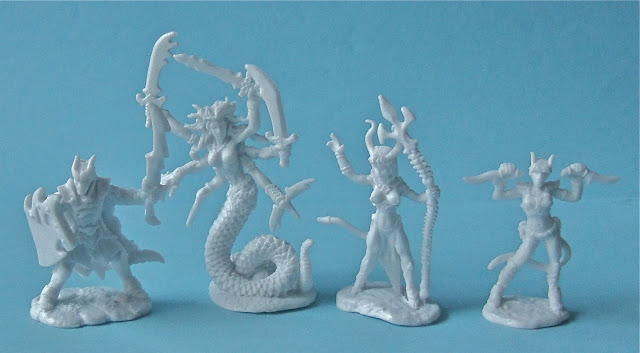 The Vermin pack is great and contains two each of a Bettle, Beetle Swarm,  Rat Swarm, Scorpion, Spider and Spider Swarm. Useful stuff...

The next three packs are Bones versions of miniatures produced for the Pathfinder RPG. The nine Goblins are nice sculpts, but conceptually I don't like the look of the "Gremlin" like heads. These may end up on eBay soon... 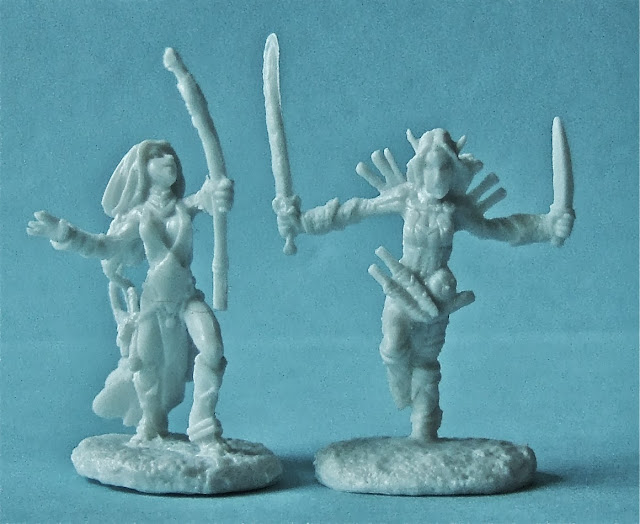 Iconics II contains four characters, Ezren the wizard, Kyra the cleric, Lem the bard, and Seltyiel the Magus. Again nice dungeon delving types and they should be useful if my half baked dungeon skirmish game idea gets off the ground.

The Dungeon Dressing pack contains some dungeon furniture including a small treasure chest and a nice throne. The candle stands suffer from some severe bending and need to be dunked in some hot water to straighten. Potentially a very useful pack. 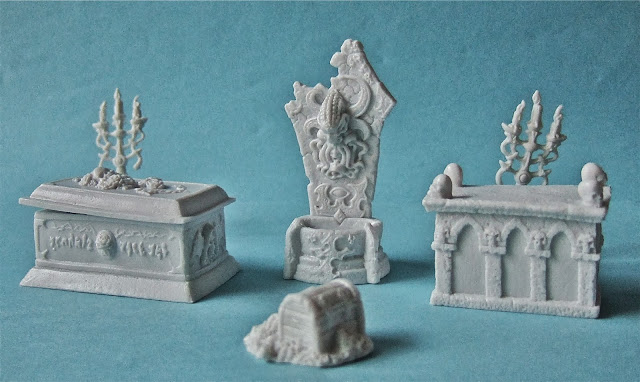