Despite still struggling with the intermittent effects of man flu (cough, sneeze, urrgh) and really needing to get some new brushes in (points would be useful), I was determined this morning to do some painting as my output had dropped off to zero since the start of the month. 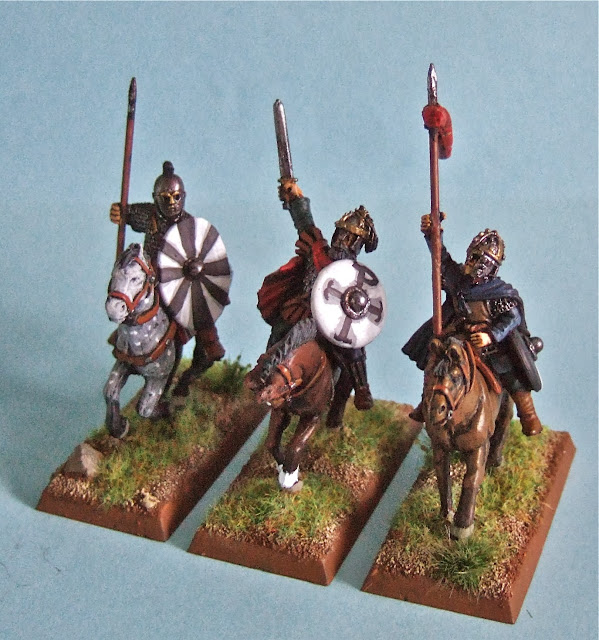 Sitting forlornly on the workbench were the last three figures to complete my Dux Bellorum Romano-British army - the Mounted Companion unit, so I decided they would be the victims! 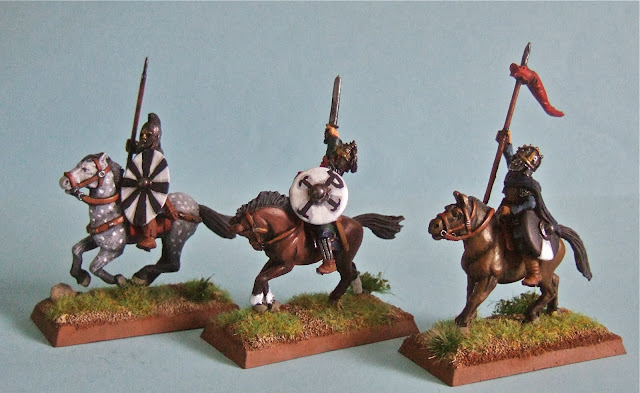 Two of the miniatures (the "Arthur" figure and the standard bearer) are West Wind, the spearman is from Gripping Beast. 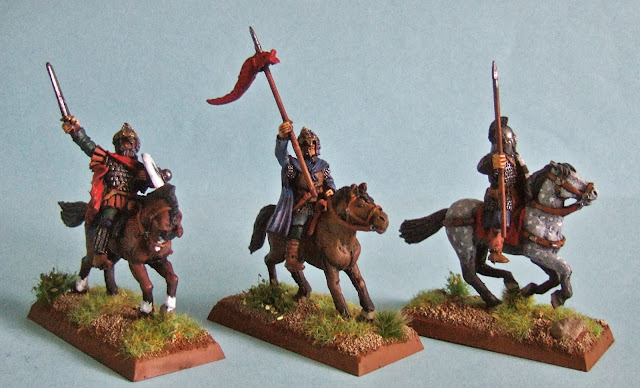 I still need to do the sabot base but am feeling a bit pleased with myself in that I have finished the first of the three planned armies. I must schedule some time for the Saxons next...
Posted by Steve at 11:09:00