Damme ye lubbers it be International Talk Like A Pirate Day so I though we should unpack the five pirates the came in the Bones Vampire box...

They are decent enough figures and hopefully will fit in well with other ranges. They are a bit taller than the likes of Foundry but I'm not sure this will be a major problem with miniatures like the Black Scorpion ones. 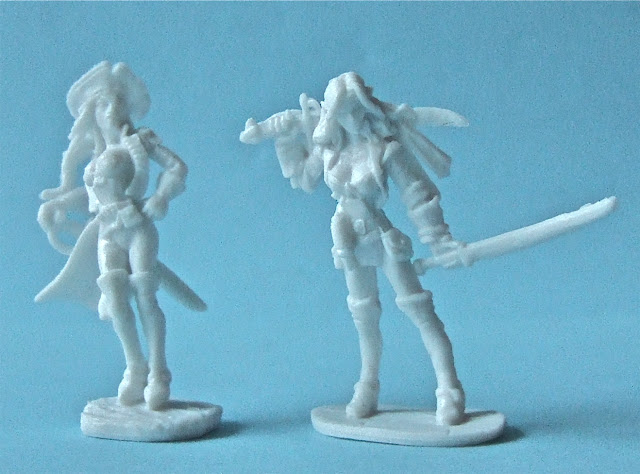 The pack includes a captain, dwarf, crewman with treasure chest and two female pirate who, let's just say,  are not hiding their "treasure chests" like Anne Bonney.

Finally, it would not be International Talk Like A Pirate Day without a song, so for your bedevilment and delight here is Death Throes of the Terrorsquid by that popular beat combo (well popular in the drinking dens of Tortuga) Alestorm...