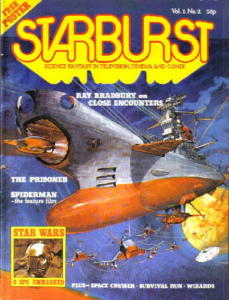 I remember the first time I saw pictures of Space Cruiser Yamato in an article in an issue of Starburst magazine about the dubbed and heavily edited Star Blazers cartoon series . I had not seen the programme and had no idea what it was all about but the design of the Yamato spaceship was so cool to a teenage SF fan.

Over thirty years later I still think it is cool and have over the last decade picked up various Bandai kits from the original Japanaese anime series Space Battleship Yamato with a view to one day playing some Full Thrust games with them.

Clearly when I read about a live action movie in 2010 I was pretty excited but despite being showing in the US, I don't think it received cinema release here. The subsequent DVD releases covered every region except ours and I resigned myself to never seeing it until a chance conversation with a friend about the series led me to have one last check on Amazon, and there is was... Region 2 DVD, just released. A couple of clicks later it was ordered... 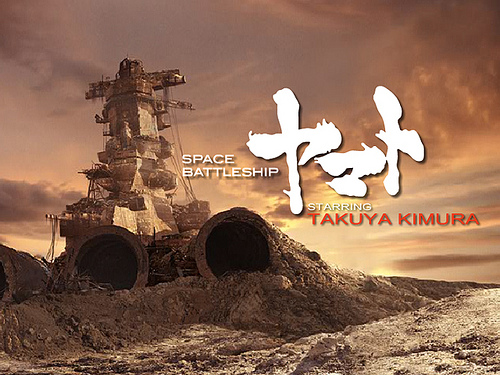 Despite being a big hit in Japan and having generally favourable reviews I wasn't expecting any kind of SF classic and that was just as well. Although much of the CGI is very good, there are some weak moments (no doubt the low budget is to blame), the story clearly owes much to Japanese culture and sensibilities and despite its best efforts to copy the feel of the Battlestar Galactica reboot, it on occasion drifts into Starship Troopers territory (without appreciating its intentional irony) and at its worse wanders into Galaxy Quest (without intending to be funny).  That said it was enjoyable and the Yamato looks great. I'm happy and now want to make up the kits! 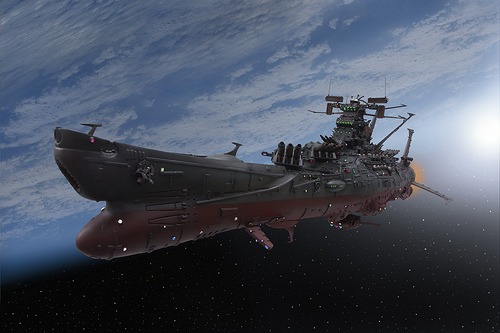