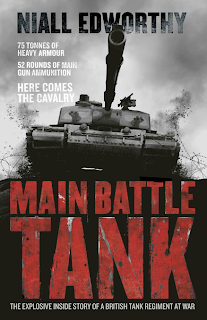 There is an old adage that you should not judge a book by its cover but you could be forgiven for doing so for Main Battle Tank by Niall Edworthy as both the cover and the title of the book are so uninteresting. Indeed the title is just so vague as to be bordering on the stupid.

Now this would be a shame as the book recounts the involvement of the Royal Scots Dragoon Guards, a British tank regiment in the Iraq War of 2003, mainly its missions around Basra. It is not only a fascinating read for the general wargamer with an interest in history and armoured warfare but a treasure trove for modern wargamers interested in asymmetrical warfare between conventional first world forces and a largely irregular enemy.

The book is choc full of fascinating accounts of actions between the Challenger equipped Royal Scots Dragoon Guards (supporting 3 Commando and the Irish Guards) and Iraqi regulars and Fedayeen many of which would translate to the tabletop, even with a change of army and location.

From a hazardous mission to recover a trapped Challenger and its crew at night to the full scale Battle for Route Red to secure the Gateway to Basra I was struck by how different the victory conditions were in the war from what we normally consider. The loss of just one British tank, regardless of Iraqi casualties would be regarded as a major Iraqi victory and a major British defeat by both sides in this "TV war "and this certainly adds a different dimension to other battles from history. 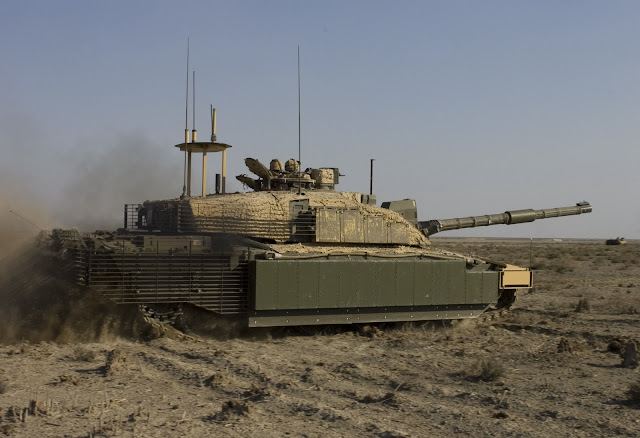 My wargamers head was a buzz with ideas about all this after I finished reading it. What scale to play it? Could the Iraqi's be run by reaction tables (as the Indians are in Pony Wars)? How to factor in asymmetrical victory conditions? What about ammunition expenditure as the Challengers would often use up all their on board mg and HESH stock?

For such an uninspiring looking and titled book this was one of the best accounts of modern warfare I have read in a long time and would unreservedly recommend it.
Posted by Steve at 13:12:00