Back to the Middle East today and I have started working on some of the Israeli artillery that was in the big box of reinforcements I bought last month. There is quite a selection of models for the Israelis including some M50 155mm SPG's, M107 175mm SPG (the barrels are cut down on these, not sure why), Soltam Makmat M-66 160mm Mortar  and these Soltam Ro'em M-68 (L33) SPG's.

The artillery models appear mostly to be  Heroics & Ros and do not have the same level of detail as the GHQ models, but GHQ don't make any Ro'em or Makmat models so there is little choice but to go with the less well detailed miniatures. 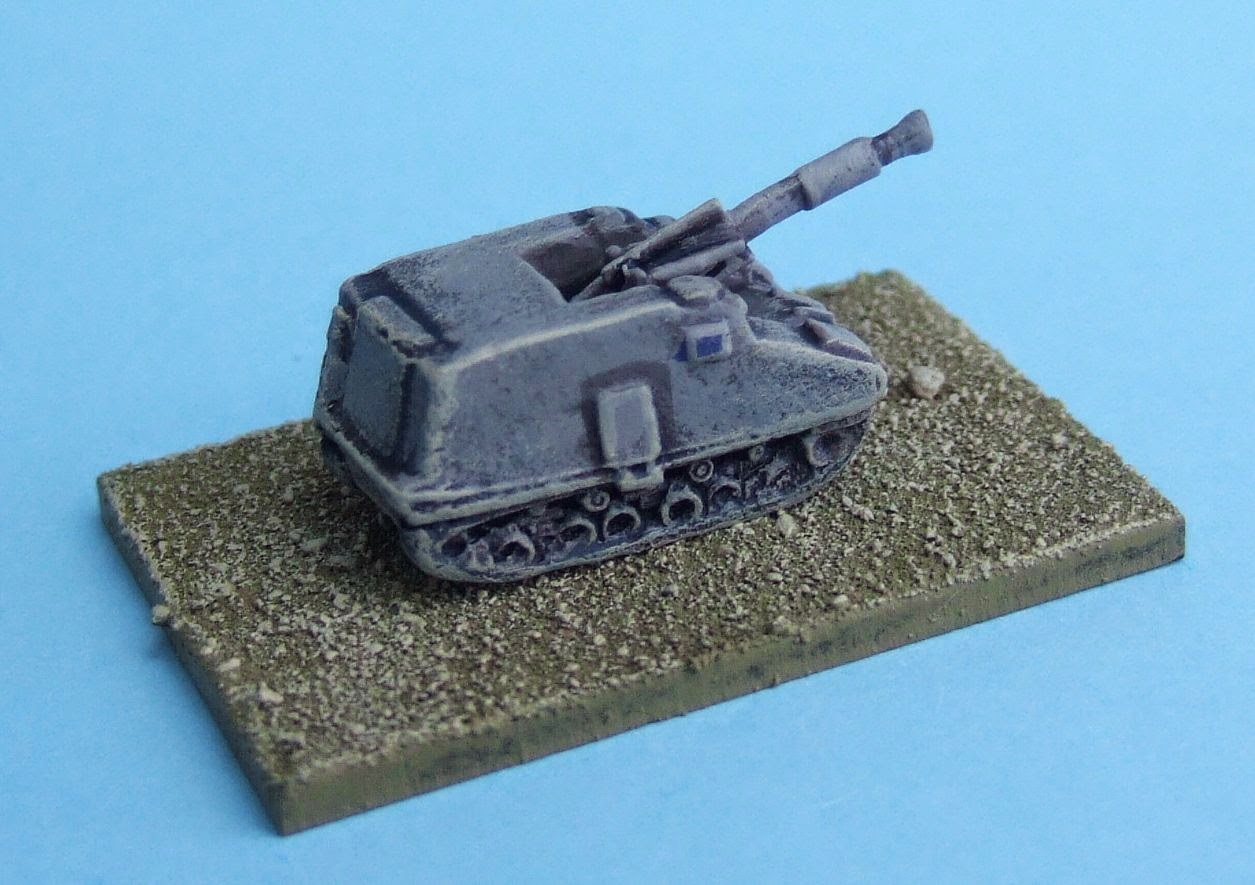 Given the lack of detail I spent a little more time on the models, painting ink around hatches and door frames, painting frames around the windows etc. As far as I can see the IDF did not paint any tactical markings on their Ro-ems during the October War, so they are rather plain, but imposing models. 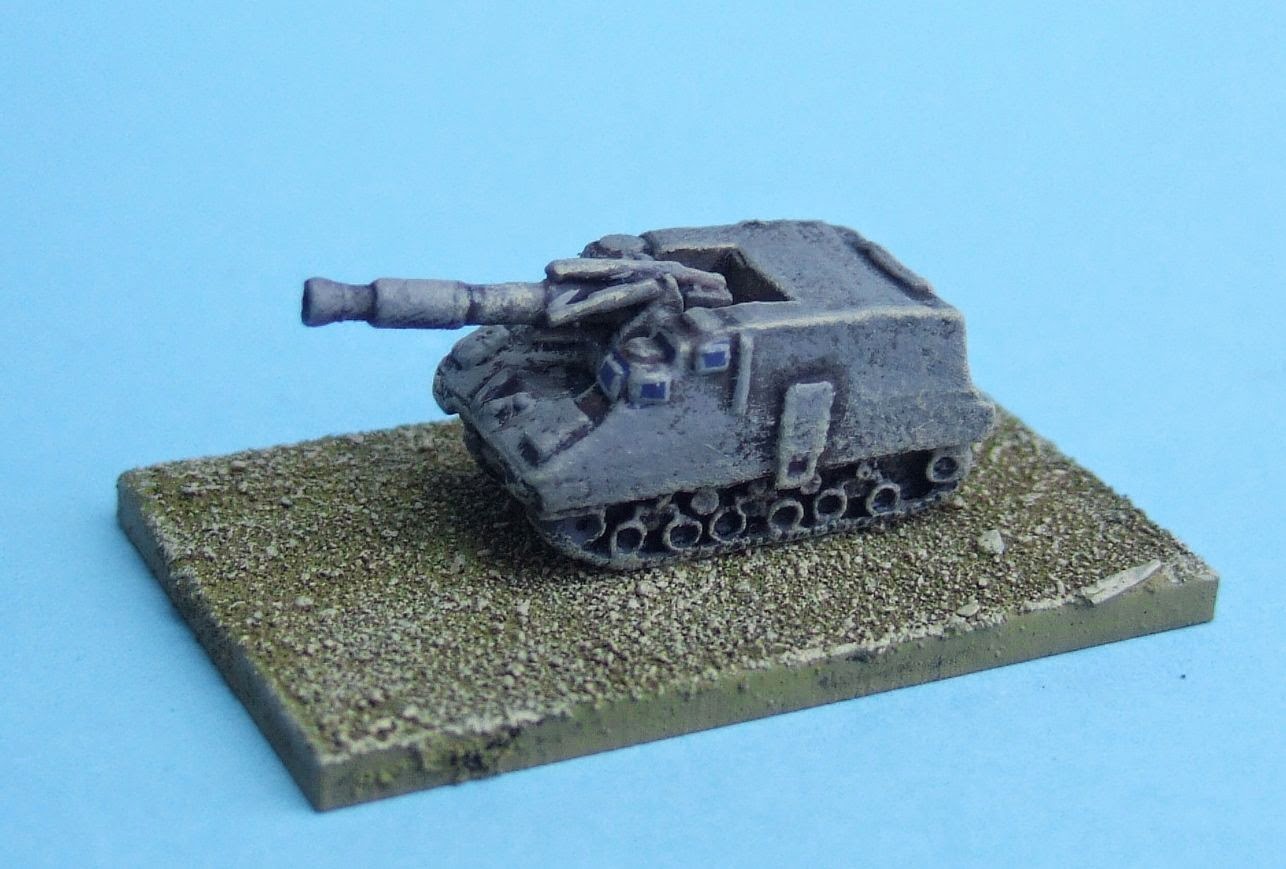