A few more Israeli artillery models, a battery of Israeli M-50 155 mm's. Produced by the Israelis with French assistance (the 155mm is the French Obusier de 155 mm Modèle 50), it saw service in the War of Attrition and October War.

I think the models are 1/300th Heroics & Ros, quite nicely detailed, I like the crew being modelled on the miniature rather than the open topped piece being crewless as is quite common (I need to buy some crew to finish my Makmats). 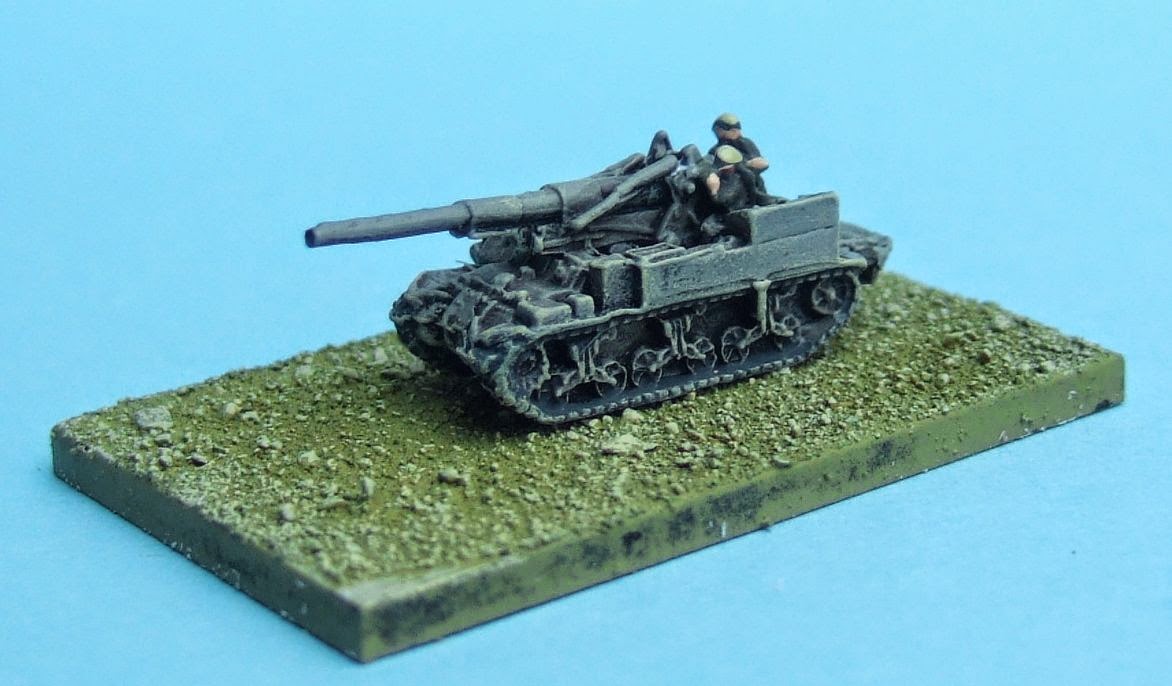 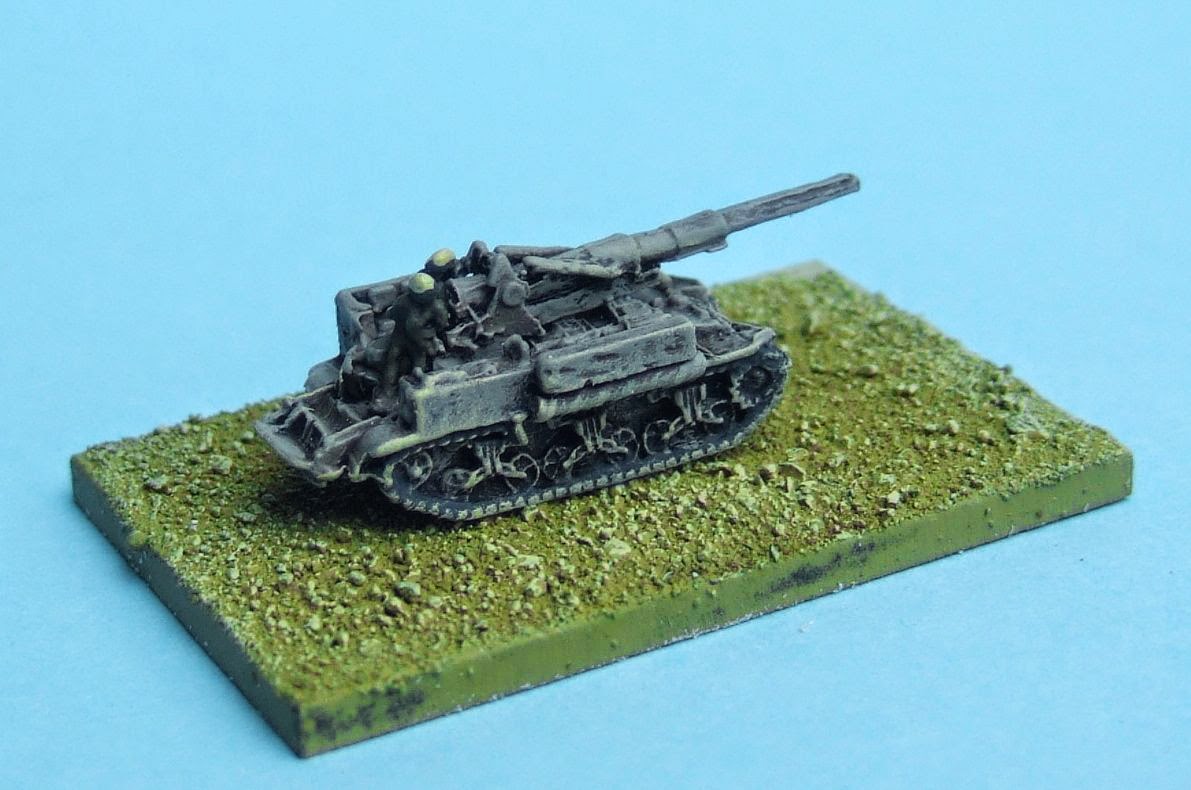