Back in February you may recall I got rather excited over Shenandoah Studio's WW2 Strategy iOS games Battle of the the Bulge and Drive in Moscow. I hadn't played them recently but having to sit on a hot train to and from London today I decided to chill out in a virtual snowy Ardennes!

Much fun was had which reminded me that Shenandoah had released the third game in the series, Desert Fox: The Battle of El Alamein so a visit to the App Store was called for when I got home this evening.

I've just downloaded the game and may be gone some time! 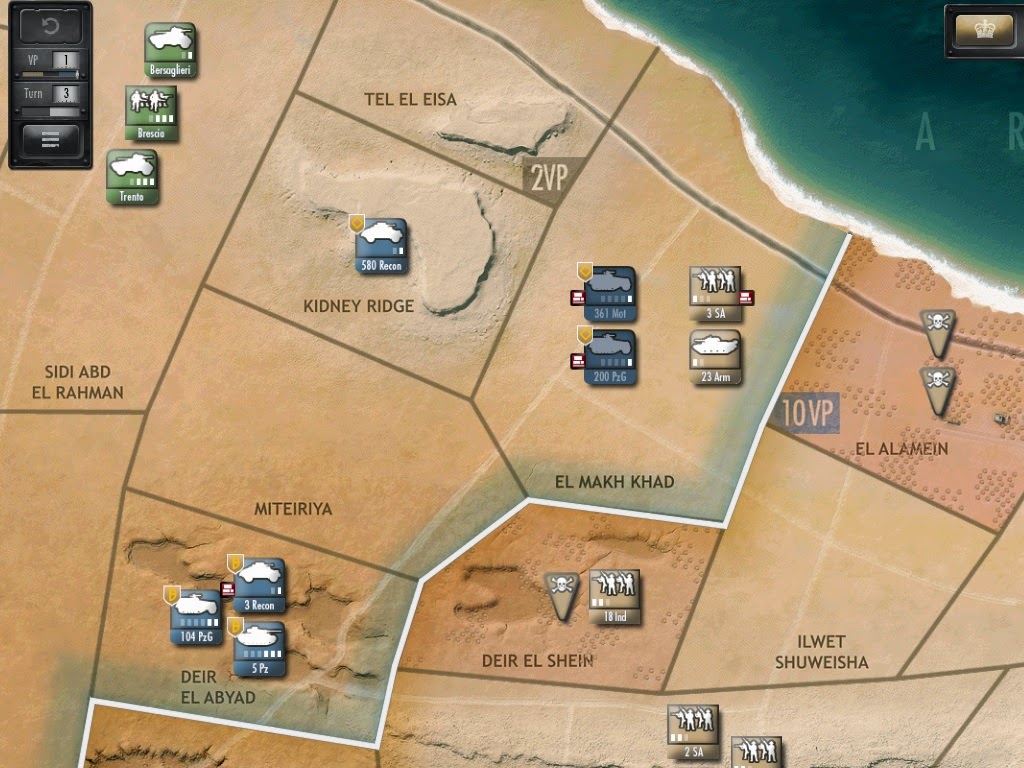