Of Gods and Mortals... and Toys 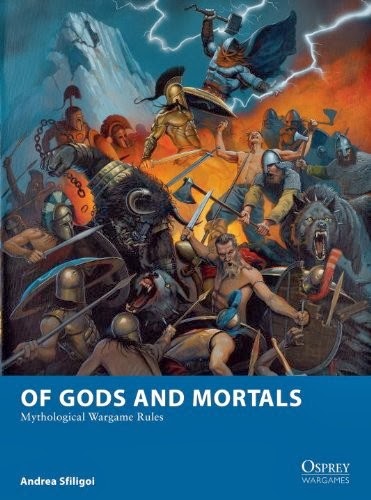 Santa kindly brought me a copy of Osprey's Of Gods and Mortals mythological wargames rules for Xmas, and inbetween bouts of painting my first Donnybrook figures I had a proper look at the rulebook. I am really quite intrigued by the game now, it requires very few miniatures and should be a lot of fun being written by Andrea Sfiligio (of the Songs of... series fame).

Games require about 16 to 20 miniature a side, one God figure, up to five Legends (heroes, monsters etc) and some Mortals (the foot soldiers of the gods, these can be historical or mythically based so a Greek force led by Apollo could have Hoplites and/or Centaurs in it).

I have to confess I was put off by the price of the official North Star figures, I know you only need one God, but £15 a pop is a bit beyond my comfort zone (I do wonder if this is why the game does not appear to have taken off like IHMN and Ronin as the subject matter is such that is should prove popular). However I have a solution...

A few years back I picked up a number of the Plastoy Egyptian God figures whilst in Paris (they are still available, I even found them on Amazon so you don't need to go to France!). Whilst not very dynamic, they are pretty imposing next to a 28mm figure and would paint up nice enough.

Plastoy do some very useful stuff if you fancy trying OGAM on the cheap, a tube of Mythological figures contains all this... 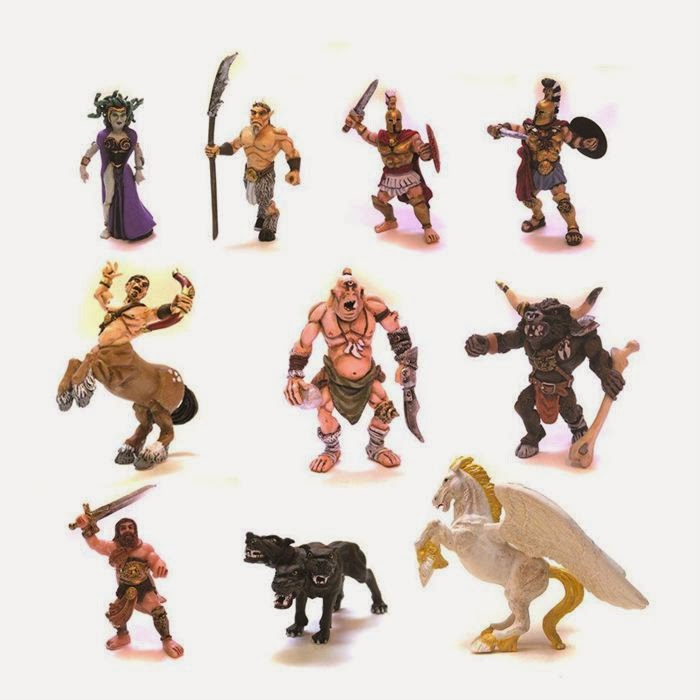 And they do a nice Hydra with Hercules... 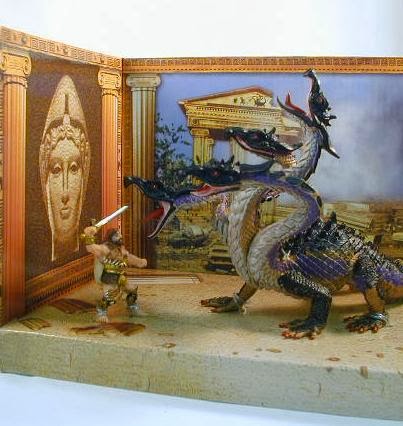 Other potential gods can be found in other toy ranges. The old Elastolin 70mm Celts and Vikings for example...

The game only has Pantheons (army lists) for Celts, Egyptians, Greek and Norse gods, but it should be quire easy to create new ones. I quite fancy the idea of a Roman force led by Mithras and the idea of something Oriental appeals...

Overall, the potential of this game is huge and hopefully gamers will start to think beyond the official line and look at what could be done with it, using some of their historical figures with a few fantasy ones.
Posted by Steve at 21:44:00

Email ThisBlogThis!Share to TwitterShare to FacebookShare to Pinterest
Labels: Fantasy wargaming, Of Gods and Mortals