Donnybrook: Beneath the Lily Banners 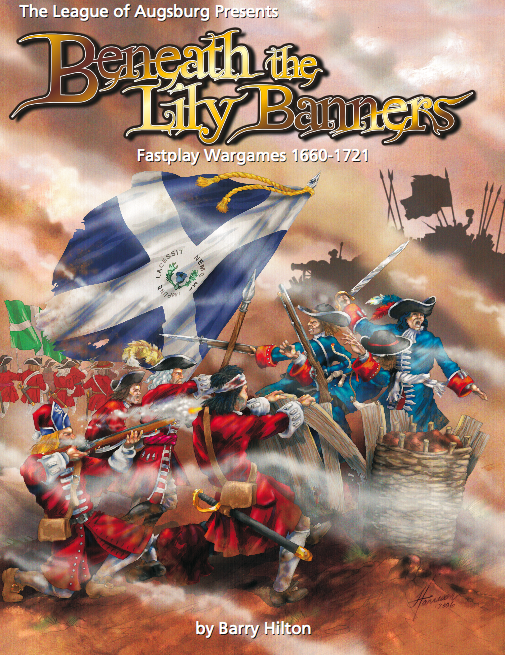 I had hoped to get some painting done this weekend but life conspired otherwise and having driven up and back to London to take Saul to a concert at the Hammersmith Apollo last night I have spent most of the day slumped half asleep in the armchair watching the TV!

I did however purchase a PDF edition of the League of Ausberg's Beneath the Lily Banners, their mass battle set for the same period as Donnybrook. Whilst I have no intention of playing mass battles in this period I do like a good set of rules and it is chock full of painted soldiers and background stuff that will prove extremely inspirational.

I also bought a pile of Warfare Miniatures period flags in the North Star sale as they are half price. I probably have bought far too many but what the heck! Barry Hilton at Warfare has boxed up the order I made on Friday so I might start painting this week.

I have decided to paint some up as Coldstream Guards as they saw action in Tangiers and America as well as Britain and will double up as other units.

If you want to know more about the period I recommend checking of the League of Ausberg blog which is full of really interesting articles and lovely painted miniatures. I am spending far too much time there at the moment! :-)
Posted by Steve at 20:46:00