As SWMBO will testify I am a messy worker and that goes as much for my painting area as anything else. Under the detrius I re-discovered undercoated and based units set aside for the Belgian Land Ironclads project which I have been pondering on and off whether to paint all white (the Belgian tropical uniform) or green/grey (the Belgian Peking Legation Guard uniform). As I have been pondering for over three years I thought I better make my mind up!

As the British and French will wear red and blue respectively for operations on Mars in Land Ironclads I decided to go with the green/light grey uniform, rationalising my choice that no one will find contradictory details of the Nova Belge Legion anywhere... :-)

As well as two understrength battalions I also painted up an artillery battery, pictured here alongside one of the Charlotte-Ameilie land ironclads I painted in 2011... 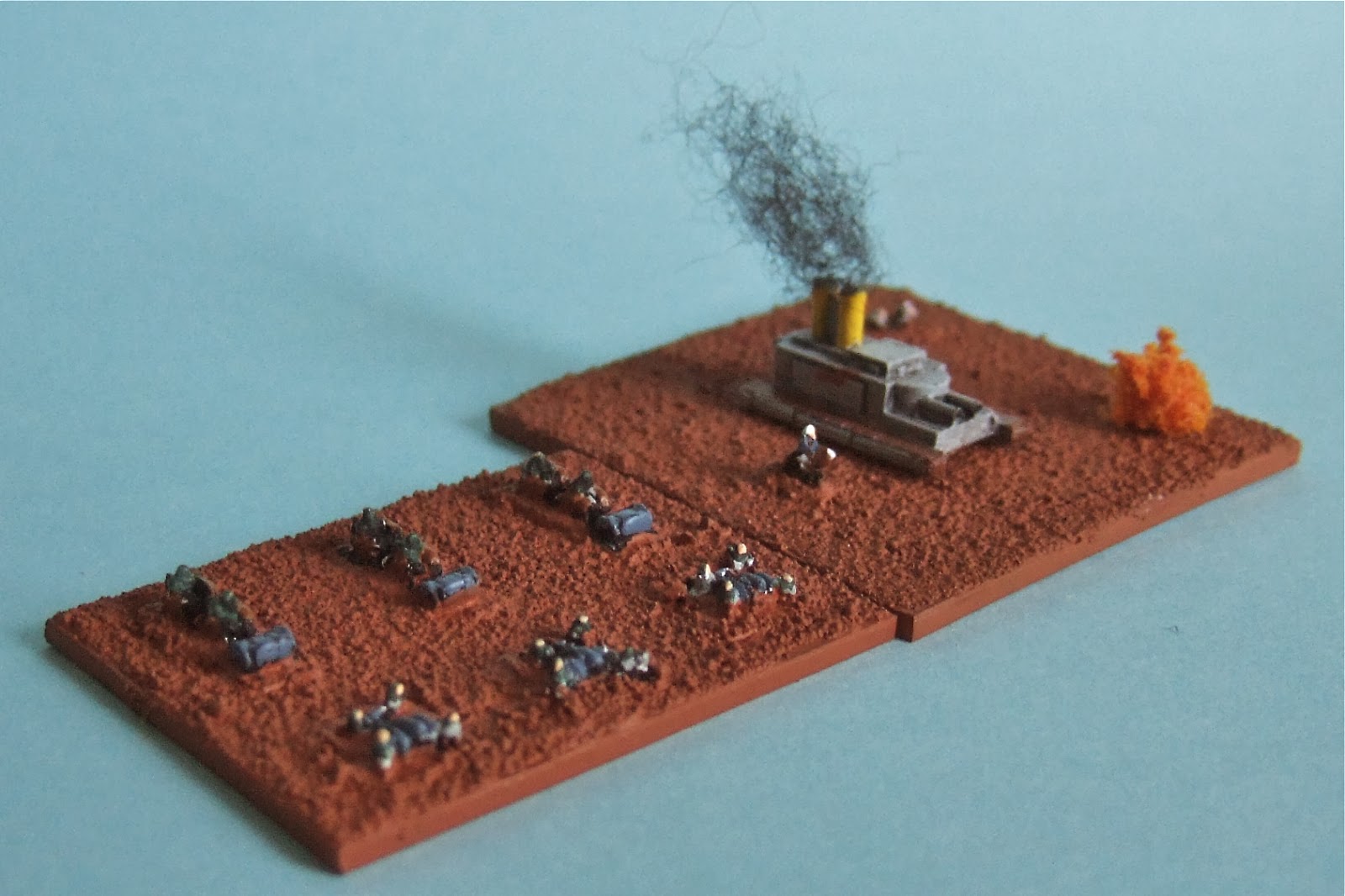