With my Warfare Miniatures order having turned up earlier in the week and the flags from North Star I have decided to make a start on Donnybrook, organising my first force. This might seem a bit stupid as I haven't got the rules yet (they will ship at the end of the month) but I think I can discern enough from the article in Wargames Illustrated and the League of Ausburg blog to make a start.

Forces can be be raised based on the regular army, militia, town mob, religious dissenters, highlanders, outlaws/pirates, cultists(!), irregulars and natives. A lot of these seem rather fun but will have to wait to see the detail on the more offbeat forces so I will start with a regular army force.

The forces in Donnybrook are geared towards three levels of game, basic, standard and large. These levels dictate the number of force points you have available for your force; four, six and eight respectively.

Each force point allows you to choose 12 recruits, 9 mounted recruits, 8 drilled, 6 mounted drilled, 4 elites or 3 mounted elites. The overall force gets a free Hero level character and each of the units can attach a character with special abilities. I'm not sure how the characters are added but the example forces on the League blog seem to have one character eg. ensign, standard bearer, added to each unit so I am folowing that for the time being. 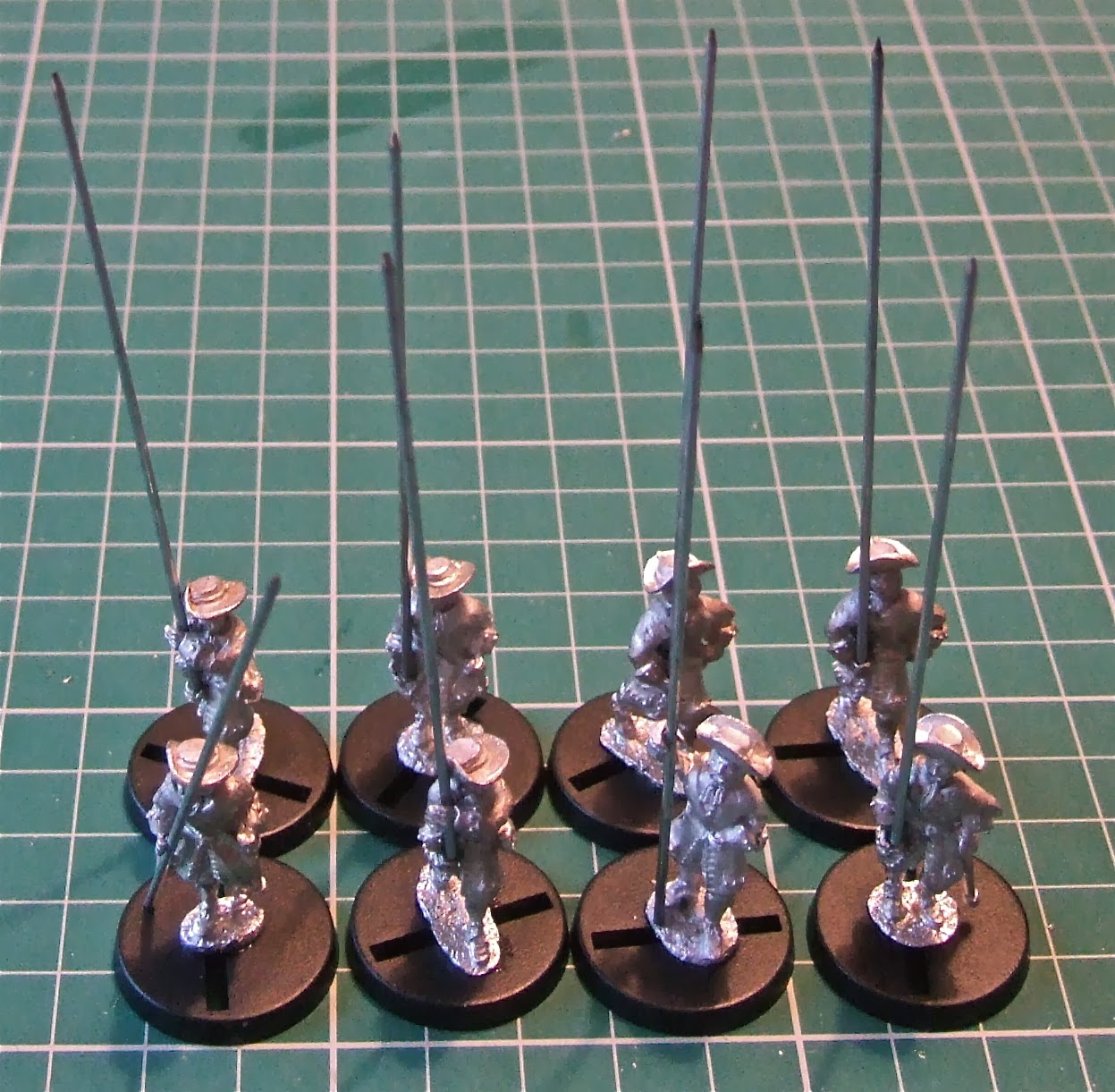 Having decided on an army force, the first force I have started work on is the Coldstream Guards. Not only did they fight at Flanders, Sedgemoor, Walcourt, Landen and Namur, they also saw service in Virginia and Tangiers. Further their uniform is  the same as Kirke's Lambs, Montcashel's Irish in French service and apparently some Hanoverian troops, so they can switch sides or fight in different theatres with a quick change of standard. 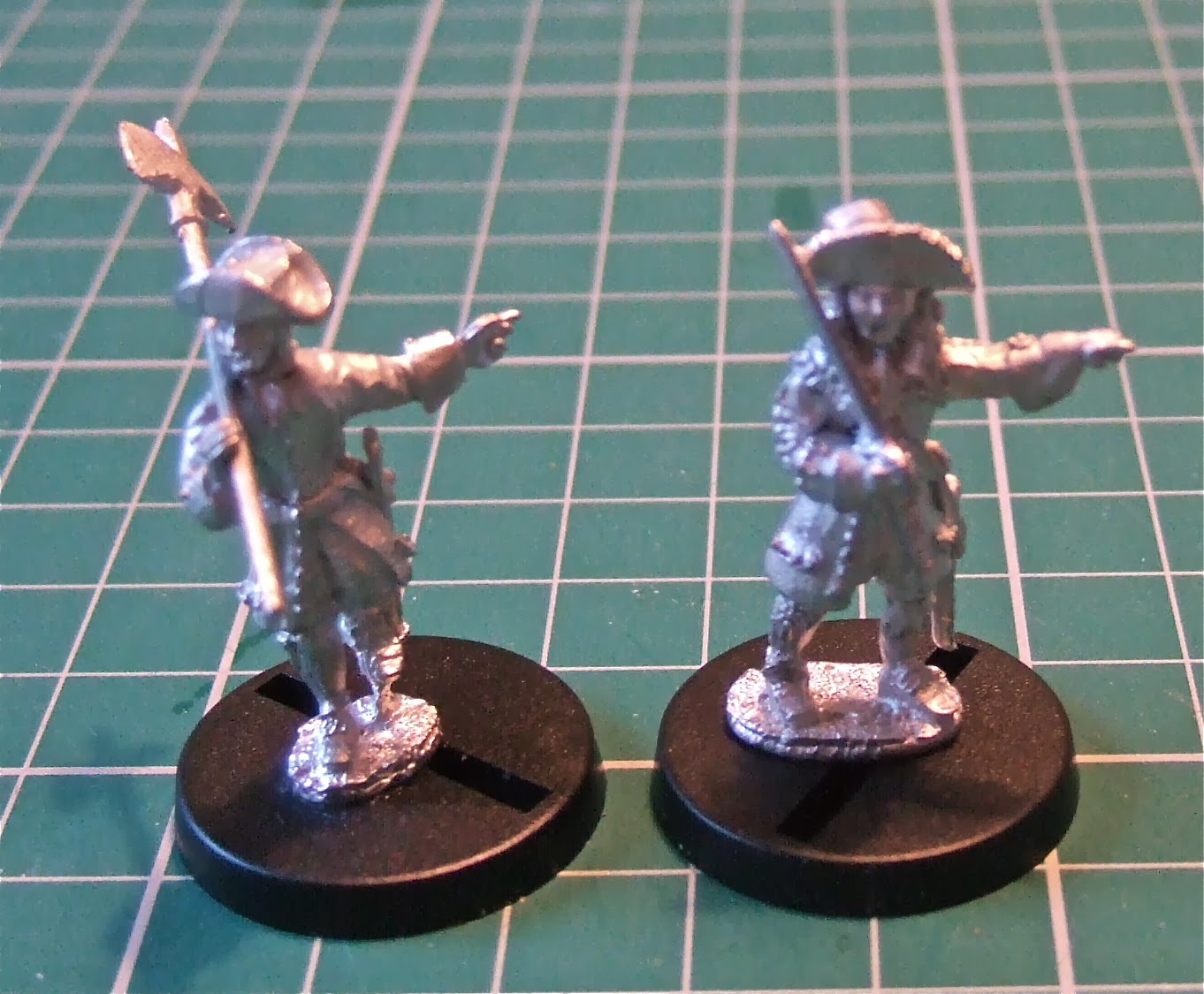 I'm off starting with two units of drilled troops, one with muskets, the other with pike, and two characters, one officer and one serjant. As you can see the figures have been prepared, glued and stuck to bases. Hopefully it will stop raining long enough for me to undercoat them...
Posted by Steve at 14:47:00