(WWII Month) J is for Japanese?

I got a chance to pop into the local Model Zone today, not something I often do, they had a sale on so I thought it worth having a poke around. They were selling off a number of Revell infantry boxes off for £3.99. I decided not to buy any more Germans but the Japanese caught my eye. I wasn't planning to go that far east in 20mm but 40-50 figures for £3.99 is not to be sneezed at and they should be easy to paint (and the "loft insulation" does contain some unmade Airfix Chi-Ha tanks if memory serves).

However the wallet didn't come out as I got a bit confused. There were two very similar looking boxes, one labelled 1:76, one 1:72. There were no pictures of the contents and the boxes were sealed. Baffled? You bet... 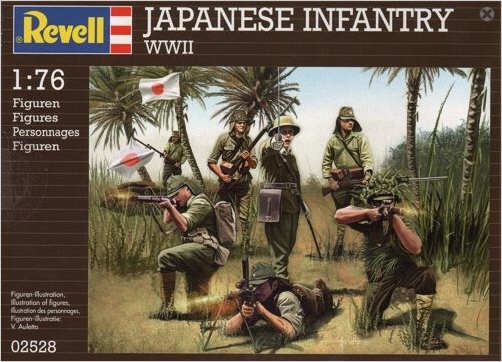 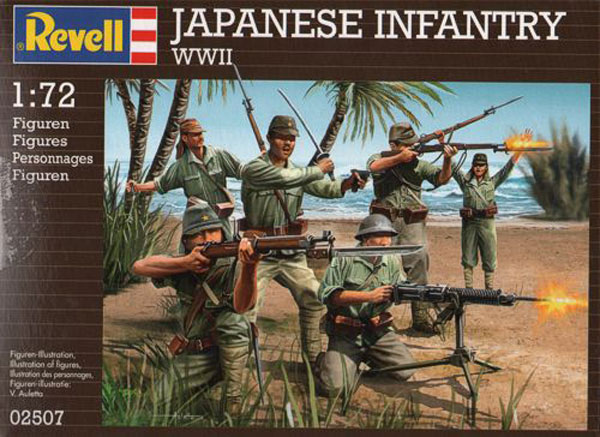 A quick check on PSR when I got back clarifies matters. 02507 is the original miniatures Revell released in 1993, 50 miniatures in 12 poses. 02528 is the old Matchbox miniatures from the seventies, 45 miniatures in 20 poses. I'm not sure how compatible they are with each other, PSR says both are 23mm and of memory serves the Matchbox Japanese were quite large compared to their other WWII figures.

Whilst there are a few silly poses I think a company of troops for under eight quid has got to be worth a punt, I just need to get back into town now to pick them up.
Posted by Steve at 16:00:00