I think I'm going to need to buy a lot of green and brown paint as this month I'm going to try and clear some of the WW2 backlog... 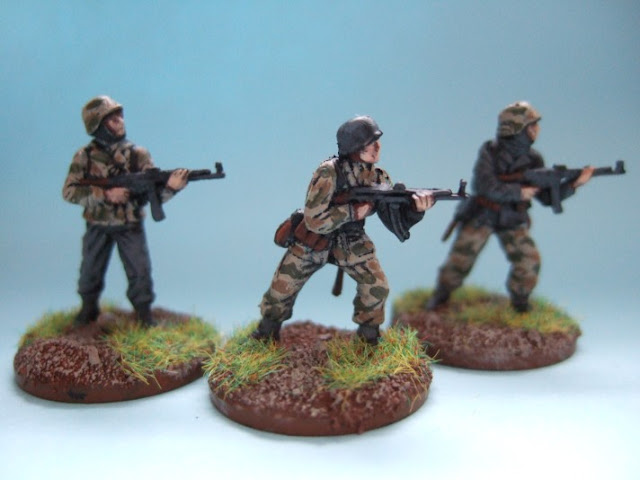 First off there is the late war 20mm project which stalled after painting the first Soviet platoon a couple of years back. I have a second platoon based and a half-painted German platoon that need finishing off.

Painting some Soviet armour would be good too now I have several T34's and T70's.

However, the first target is to paint the Germans and see if I have time to get some more Soviet infantry done (or maybe some Partisans).
Posted by Steve at 09:01:00