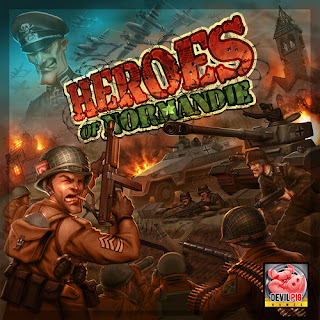 For a while now I have wanted a game that would be fun, simple to play and portable enough to take on holiday or roll out at Christmas. It would also have to appeal to both SWMBO and Son & Heir. Obviously there are lots of games out there that would probably qualify but one has come along that appears to hit all the right buttons - Devil Pig Games' Heroes of Normandie.

It ticks a lot of the boxes and the subject matter is one that will appeal to the family. Both SWMBO and Saul like a good war film, the videos of the game mechanics are quite straight forward but appear to have some subtleties that will reward good tactical play (that's me done for then!)

So with twelve hours to go I jumped on board the Heroes of Normandie Kickstarter...

The game at its basic level is US v German platoon level combat in Normandy, with a healthy dose of  Hollywood thrown in. However, it can be expanded beyond that. 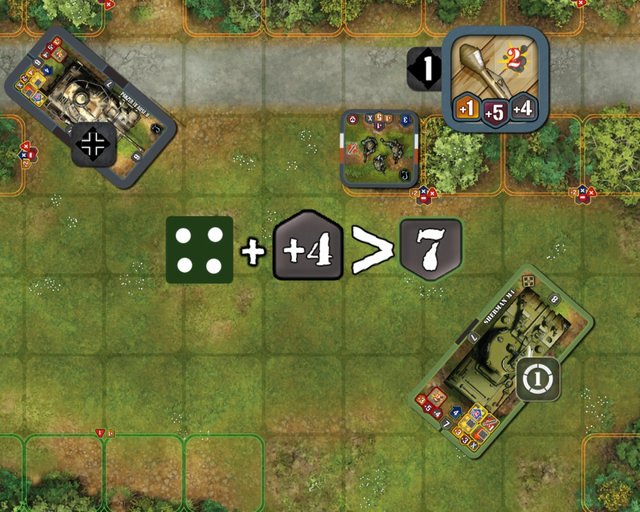 First off Devil Pig have been clever enough to design the unit element cards to be the same size as Flames of War models. This means you can use 15mm models in addition to the boardgame pieces if you want. 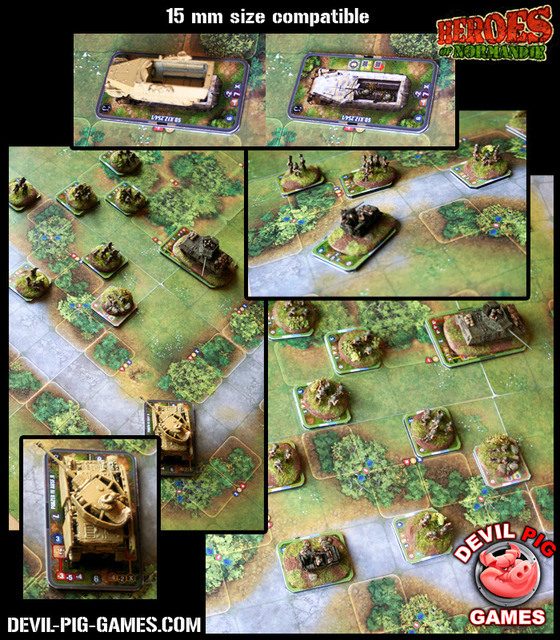 Secondly Devil Pig have joined up with other companies to produce expansions for the WW2 game in Weird War settings. Both Acthung! Cthulhu and Dust expansions and rules will be produced. The prospect of Nazi Zombies will only make this even more appealing to Son & Heir (not sure about SWMBO but she does like The Walking Dead and has been known to play Zombies!!!). 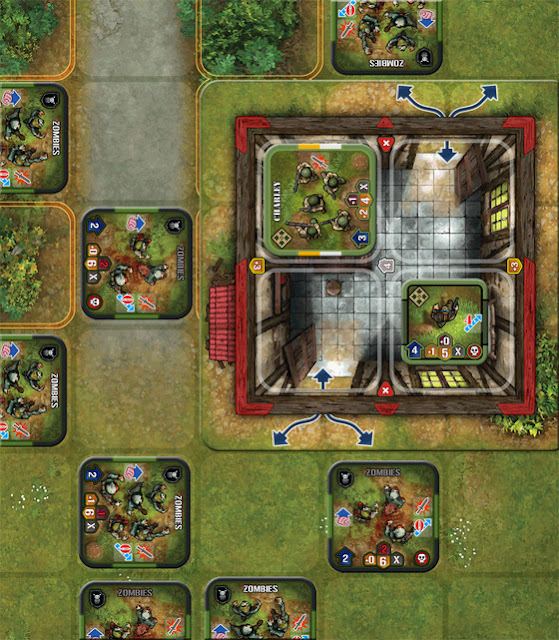 Rules will be included for solo play as well as for three or four player games in addition to the regular two person game which is also appealing. The only downside, as with any Kickstarter, is the long wait until the physical product is ready. September seems a long way away when I want to play with it now!
Posted by Steve at 09:36:00