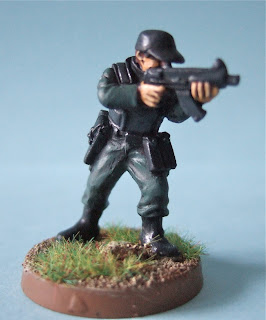 When I picked up the Terminator Heavy Weapons from Forlorn Hope last month I also purchased a pack of the old Grenadier Future Wars Corporate Guards, now sold by em-4.

I wasn't quite sure what I would use them for until I started re-watching the first series of Stargate SG-1 and I was taken by the similarity of the figures with the original uniforms worn in the series, as well as the Mp-5 type smg.

Consequently I decided to paint them up as an SG Team for use with the old Eureka Stargate Jaffa I have hidden away somewhere. I appreciate I am one short of a full team so will keep my eyes peeled for a suitable fourth team member.

Of course they can also do double duty as para-military guards or  similar. The only modification I made was to snip off the 'daysticks' the miniatures were carrying hanging from their waists.

Now where is that old Monolith Stargate I bought at Salute a few years back? 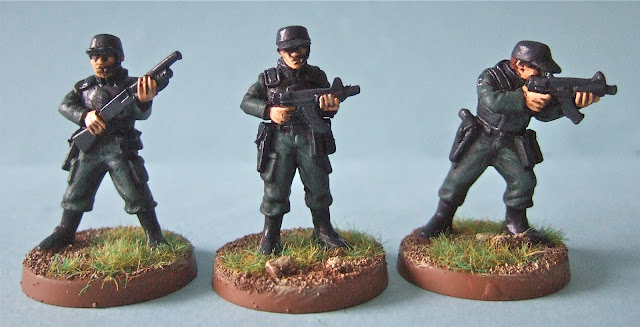