As promised, here are the two 1/144th Der Kampflieger (Shapeways) Sopwith Scouts (or Pups as they were commonly known) painted up as machines from B Flight of 3 Naval Squadron RNAS serving at Marieux, France during "Bloody April" in 1917. 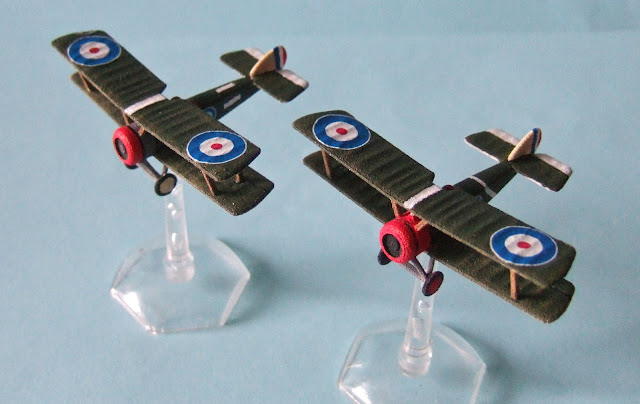 Nice little models I was tempted to paint them up as Imperial Russian, but despite finding a photo of a model of a Workers and Peasants Red Air Fleet Pup, I could not find confirmation anywhere that the Imperial Russian Air Service flew the Pup. So I played safe and painted them up as two RNAS planes, the Navy being a tad more colourful than the Army. 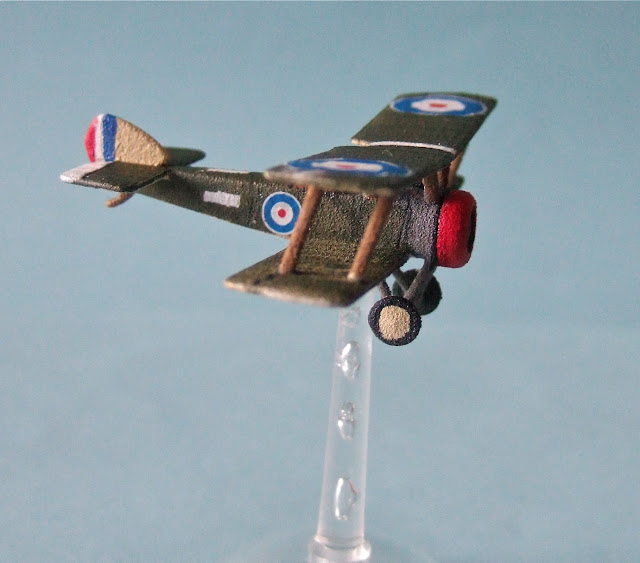 This particular plane is that of Canadian Flt Cdr Lloyd Breadner and should have the name "Happy" painted under the cockpit (but my hand is not that steady). Breadner scored five victories during "Bloody April" in this machine. 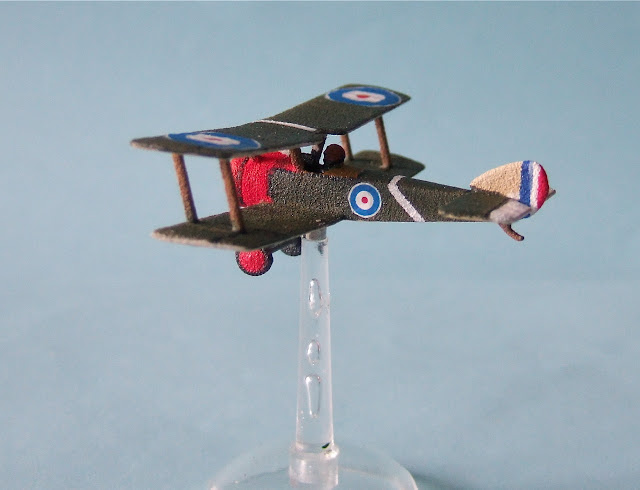 The second Pup is that of Flt Cdr Joe Fall and is named "Betty" (named after his wife or girlfriend). Fall shot down three enemy aircraft between 23rd April and 1st May in this plane. I wasn't 100% certain"Betty" should have the white stripe atop the wing as "Happy" has and I could not find a definitive source either way. I decided to add it for a splash of colour and to tie it in with Breadner's plane. 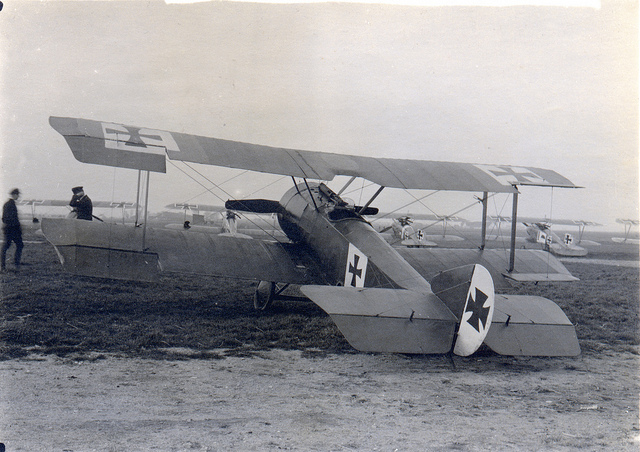 As well as considering painting them up as Russian planes, I had a flight of fancy for a while to paint one up as a captured Pup. The Germans did like the plane which was easy to fly. Perhaps I'll add a third Pup to my next Shapeways order...
Posted by Steve at 13:02:00