In between watching paint dry on a couple of Sopwith Pups (which I hope to finish today) I've been drooling over my latest Shapeways' planes order - three WW1 bombers. The great thing about the casting material that Shapeways use is its lightness and allows 1/144th models of beasts like these to be made with little concern about mounting them (something that is causing my Skytrex Handley Page to remain unmade in its box). 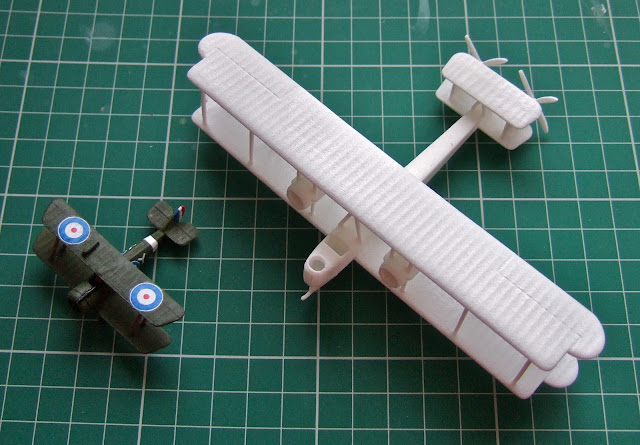 First off is the Vickers Vimy. Technically the Vimy did not enter service until 1919 soldiering through as a bomber until 1929, though still seeing service up to 1938 as a searchlight target. I need to have a think about how I intend to paint the model, whether to go historical RAF 1920's or paint her up for a Plan 1919 Great war continuation. The Vimy did see service in the Chinese Civil War, but unfortunately the model used was the civilian variant which had a wider fuselage and a different nose so that is not an option. 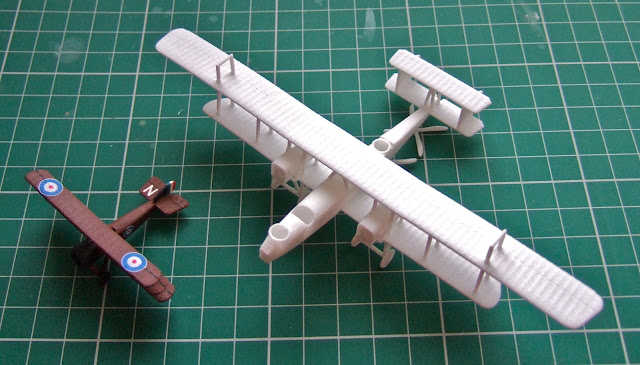 Next is the wonderfully named Blackburn Kangaroo, a reconnaissance torpedo bomber. Only twenty were built but they saw service for six months in 1918, sinking German U-Boat UC-70 off North Yorkshire. This is such a quirky looking aircraft and I am really taken with the model. 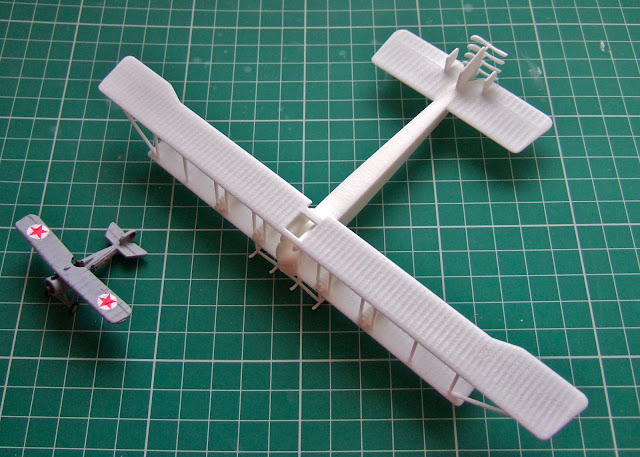 Finally we have a plane that dwarfs both of the above, the massive Sikorsky Ilya Muromets. This is one hell of a model and I am really chuffed that I have it in my collection. The plane flew throughout the war and also saw service, on both sides, of the Russian Civil War. Looking forward to painting this and bombing the German invader/Red menance!
Posted by Steve at 12:00:00