Following on from the ONESS Panzers and Panzergreandiers I painted for Iron Cow, I finished off some air support in the form of a flight of Adler VTOL's yesterday. I love VTOL's in Iron Cow, short life spans but they zip across the board bringing death and destruction to the enemy! 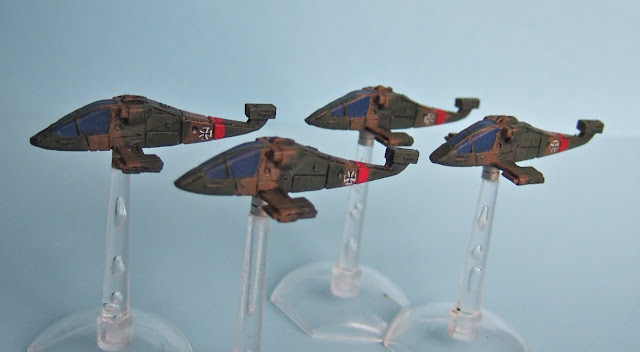 The models are GZG and I must say I was very disappointed with some awful mould lines down the centre of the models which made two almost unusable. Normally I would return them for replacements but I attacked them with file and scalpel and the end result was passable. Given the normally high standards from GZG I'm not going to bitch about it and I know Jon would have had replacements in the post the same day if I'd have contacted him. 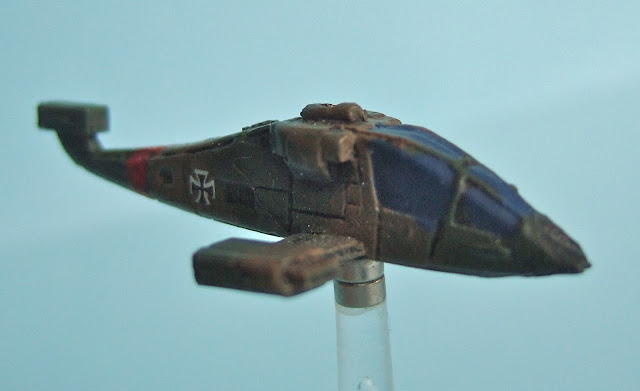 The models are painted in the same colours as the ground forces, albeit with a red "Von Richthofen" stripe and some old Skytex Maltese Cross decals I have had for donkeys years. They are not perfect but do the job here. 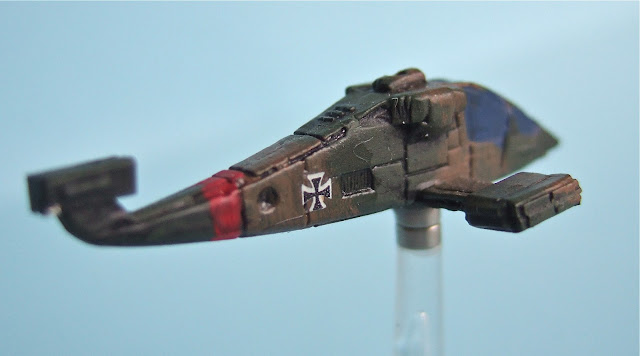 Not quite sure whether these qualify for "Plane Month" back to the Western Front next I think...
Posted by Steve at 13:10:00