As this is post 500 at Bleaseworld I thought we should do something momentous to acknowledge the fact so I bring you a World Exclusive!

Darke Lands (a colonial game set in the fantasy realm of Umbongodwongoland) has been a bubbling under project at Wessex Games for rather too long, so last year I decided to bite the bullet and approach a professional figure sculptor about sculpting some miniatures for me to kick start the game. 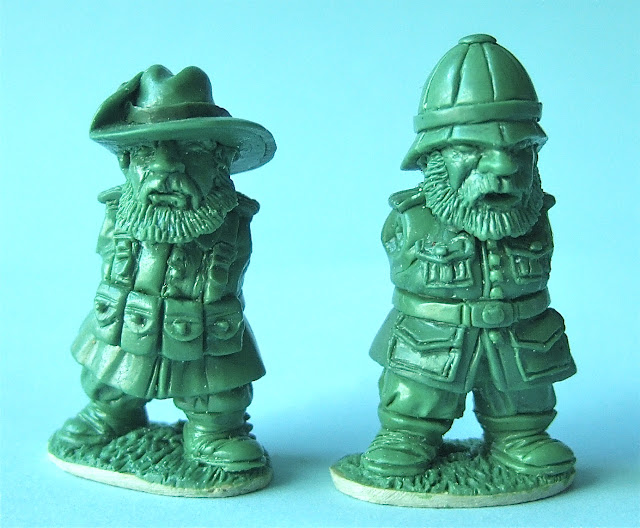 Bob Olley has been beavering away on sculpting some dollies for the Dwarf Schutztruppe, one of the first four races that will be released for the game (I have plans for more) and before they went off for moulding I was so excited I decided to take some photos and share them with you. 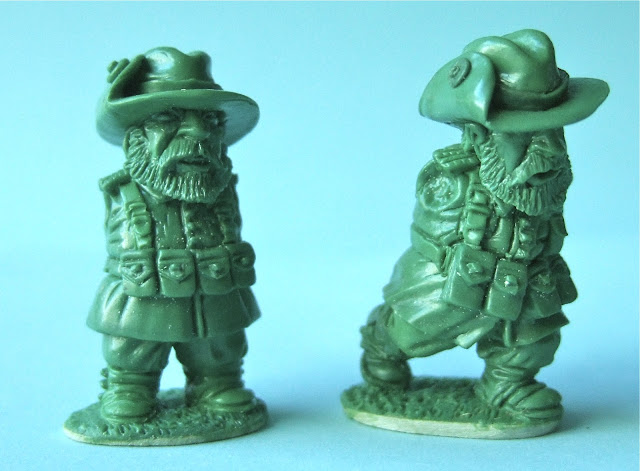 Obviously they need arms adding, beards finishing etc but I was so impressed with the level of detail Bob has sculpted I felt that it was worth showing them off, even at this early stage.

I'm not sure when they will be commercially available, probably near the end of the year, but consider your appetites well and truly whetted!
Posted by Steve at 09:41:00