Projekt X: The Science of Evil

Three years back (oddly, to the day!) I posted some photos of my North Star 1/48th British infantry that had been used in some Gehiemkrieg Weird War Two games. Today I realised that whilst I'd posted these and the British Weird Science troops, I'd never posted photos of the German weird stuff so I decided to remedy that... 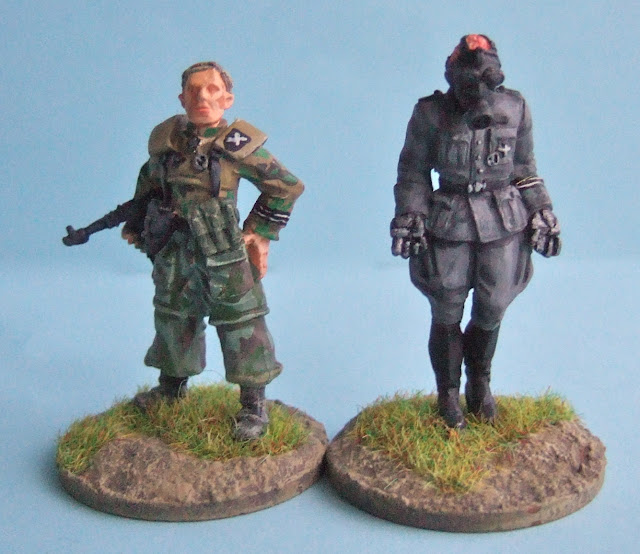 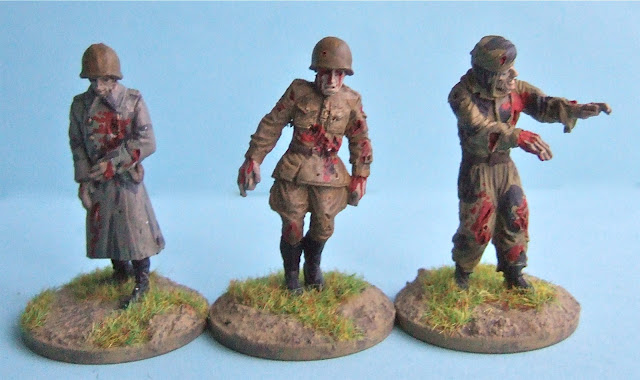 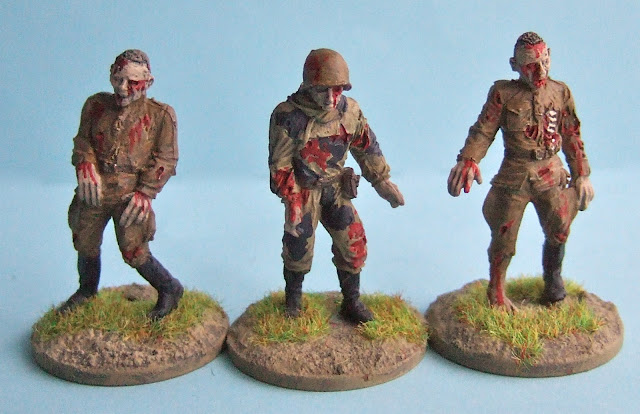 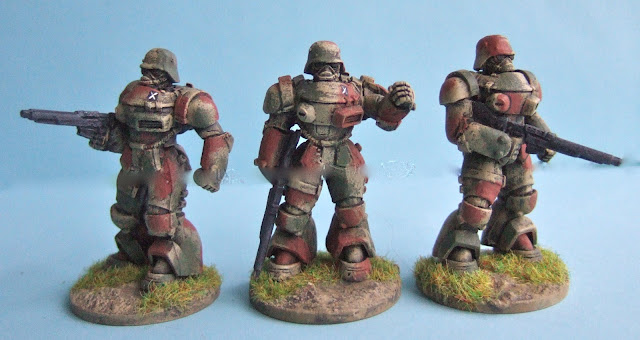 Power Armour Soldats. At the time there was only one basic miniature so I had to convert some by chopping and repositioning arms.

Basic Power Armour Soldat and two conversions, one with underarm panzerschreck, the other with a flamethrower (David Manley kindly told me that they look like one has a leaf blower and the other a weed killer spray!)

The miniatures are now owned by Scarab Miniatures and available here.
Posted by Steve at 15:23:00