Ok, not the legionnaires I expected to be painting, but as I have run out of white undercoat I've been trawling the workbench for more things to finish off. The latest miniatures to be rescued are these Pax Bochemanica Orc (Roman) Legionnaires, the opponents of the Germanic Halflings I painted up last year. 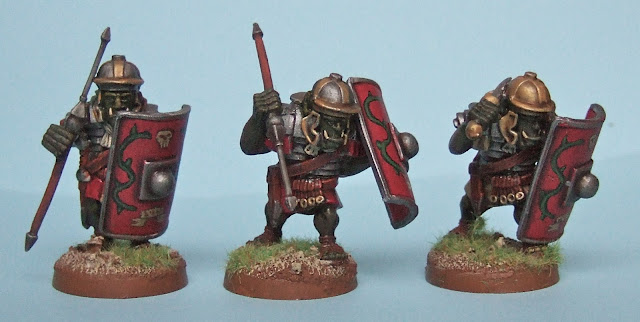 As with the halflings they are sculpted in a similar large Flintloque style and they tower over other companies Orc models which is a shame as it limits their use somewhat. That said, they are nicely sculpted and detailed and paint up well enough. 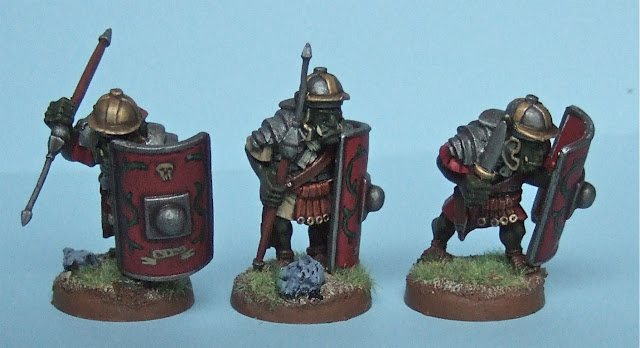 As with the halflings I didn't want to spend ages on them so went with the block painting and dip approach which has worked quite well and has provided some useful pointers for when I eventually get around to the pile of EIR plastics I have squirrelled away.