The em-4 and Copplestone robot ("Terminator") infantry are a bit light when it comes to heavier weapons. em-4 do a couple of decent heavy machine-guns but that it about it. Enter Forlorn Hope Games who, whilst stocking em-4, spotted a gap and have produced some of their own robot infantry in a similar design to em-4's. 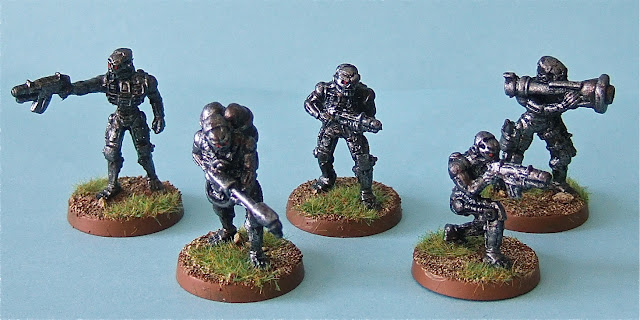 Whilst they are not as good as the Mark Coplestone em-4 models and they do appear a bit soft detail wise (to the extent that I was wondering if they had been drop cast) the range of five models does contain very useful missile launcher and flamethrower figures. 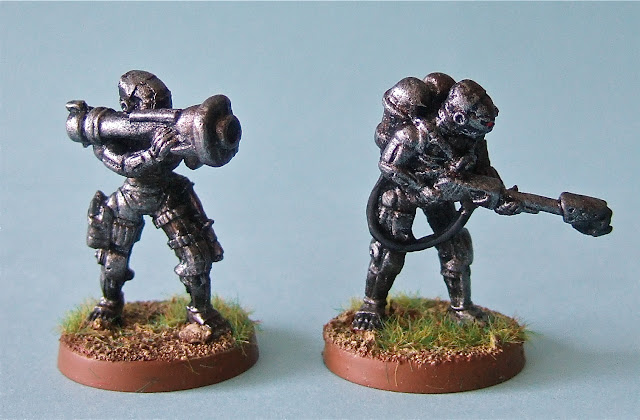 I painted them up using my black undercoat, drybrush Tin Bitz, drybrush Boltgun Steel over, approach and added some red eyes and that was it. Simple and effective.

They were a pleasant change from the Camerone Legionnaires, the first seven of whom are almost finished. Typically the French, even whilst on campaign, seem to have lots of fancy jacket trim etc.
Posted by Steve at 12:53:00