Last year I posted about the Invisible Front, the documentary about Lithuanian resistance to Soviet occupation after 1945. On a similar theme, today is The National Day of Remembrance of the Cursed Soldiers, in Poland. 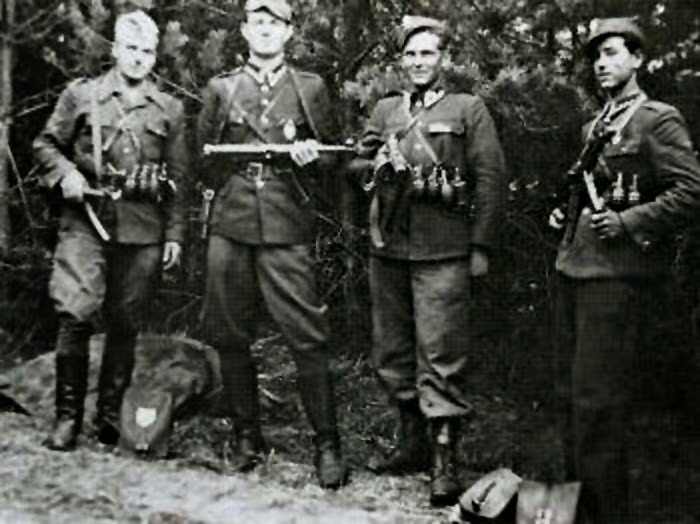 The Cursed Soldiers fought against the Soviet NKVD and Polish Communist Urząd Bezpieczeństwa (UB - security services) in a bloody war that claimed thousands of lives, yet for decades has remained untold. One of the most notable actions took place on the last day of WW2 with Polish anti-communist forces defeating the Soviet NKVD at the Battle of Kuryłówka.

As with the Lithuanian and Ukrainian anti-Soviet resistance battles after WW2, gaming possibilities would be fairly simple using Easter Front partisans of Polish Home Army figures against Soviet troops rather than German ones but certainly a little more interesting given the largely unheard of subject matter.
Posted by Steve at 17:09:00