Lion Rampant: Back to Bas(e)ics

Having recovered from my 48 hour lurgy I was hoping to get some painting done today, but instead ending up watching Looper, which was a lot of fun. I did however undercoat my retinues for Lion Rampant. 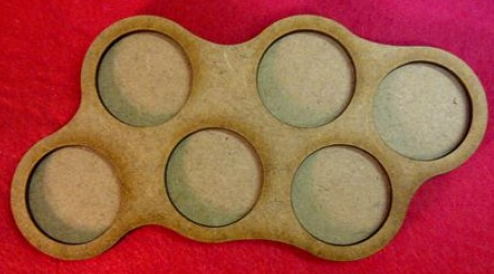 I also solved a mini conundrum around basing. I have based all the figures on 1p's, and whilst I normally don't worry about soft plastic figures as they are fine as long as you treat them with some respect, I was a little concerned about longer pieces like spears and bills. However Warbases seem to offer a solution in the form of their Zombie/Dux Brit 1p movement bases that all you to group figures together in various numbers, but maintain the required "blob" formation.

These can also be useful for WW2 when moving lots of troops (Russians and Japanese spring to mind) An order will go off tomorrow...
Posted by Steve at 18:18:00