I finished basing my WW2 Romanian Infantry platoon today (sans the lmg teams as I need to decide how I am basing them) and gave them a basecoat spray of some Army Painter Leather Brown which will form a good base to work on. This is a bit darker than Khaki, but Romanian uniforms were darker than the Hungarians and Soviets.

The HaT box still contains a lot of unused figures and I have been pondering what to do with them. Initial thoughts were to paint them as Marines in dark blue uniforms but I am now considering painting them up as Mountain troops - the Vanatori de Munte (Mountain Hunters).

The most obvious uniform difference is the large (rather French looking beret) and the white ankle socks. The latter should not be a problem, the beret more so given the soft nature of the HaT plastic as I don't know how well it will take Green Stuff additions. 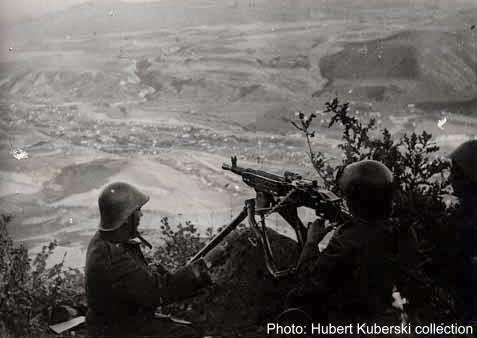 Fortunately the Mountain troops do appear to have worn the Dutch style helmet in action (see above)  alongside the beret, so I could have a mixed unit if the converting proves too onerous. I'll have a crack at a conversion tomorrow and see how it goes...

In addition to the photos of the Mountain troops above, I also came across this one of Romanian troops in the Caucasus - now this would be an interesting unit! :-) 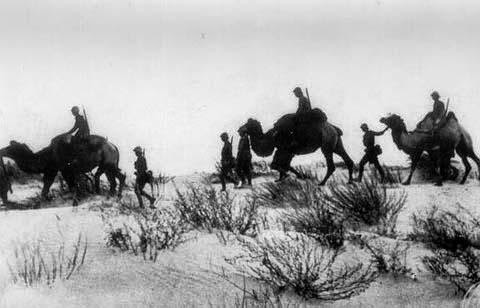