I started on the second Empire of the Dead faction today painting the Consort and Bat Swarms from EOTD-02 Vampire Clan set. 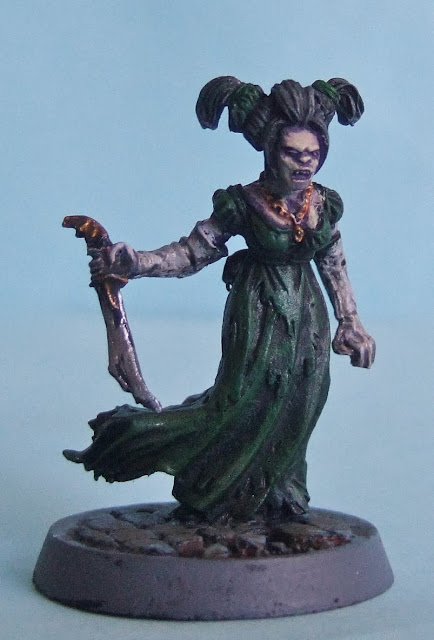 I decided to paint the Consort in a green dress with dirty white gloves, the idea being she is some Victorian Society Lady that the Count has turned. I am pondering adding some blood around her mouth for a splash of contrasting colour. 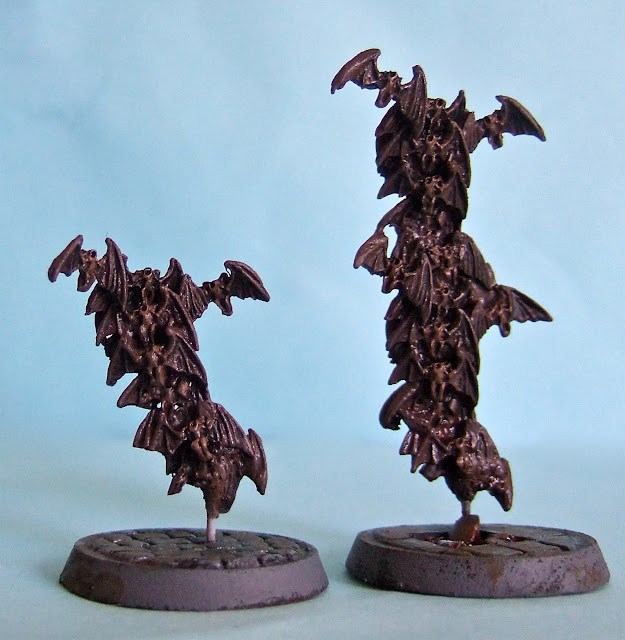 The Bat Swarms come attached to gravestones which was a bit of a bugger as I wanted to base all the EOTD models on street bases so this necessitated a far bit of hacking away and some repair work, but in the end I got there. A bit of Google image searching led to me painting them brown rather than black/grey which I think looks a bit better...
Posted by Steve at 13:53:00

Email ThisBlogThis!Share to TwitterShare to FacebookShare to Pinterest
Labels: Empire of the Dead, Victorian Gothic