Whilst concentrating on matters Victorian my mind does wander and I have been thinking about the growing (unpainted) Judge Dredd collection.

As you will have seen from earlier posts I have based the few miniatures I have painted on industrial bases, having a plan to base some of the miniatures on Cursed Earth bases for games outside the Big Meg. Whilst this would necessitate painting two lots of Judges with different bases I wasn't too fussed as the Kickstarter is providing a lot of Judge miniatures.

However, watching the video for the Battle Systems™ Sci-fi Modular Terrain I was impressed with the clear acrylic bases on the miniatures they used so decided to order some from Fenris along with some more of their excellent cobblestone bases. Unfortunately in my enthusiasm I ordered some 20mm ones not 25mm ones but I quickly stuck Judge Dekker on a clear base and photographed her on a few different terrains.

The photos aren't brilliant and the miniature should be pinned rather than attached with just glue but it shows the potential advantage for multi-environment miniatures like the Judge Dredd ones... 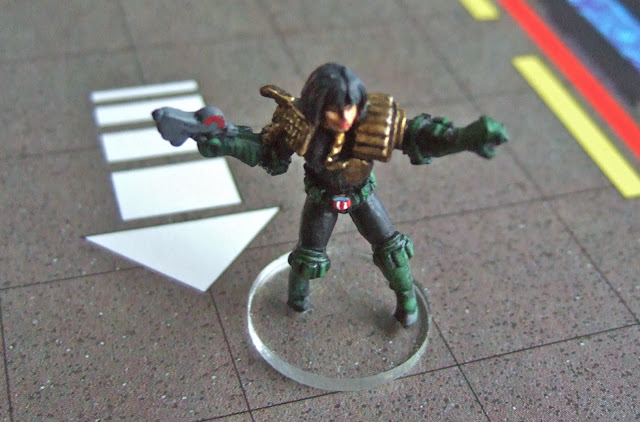 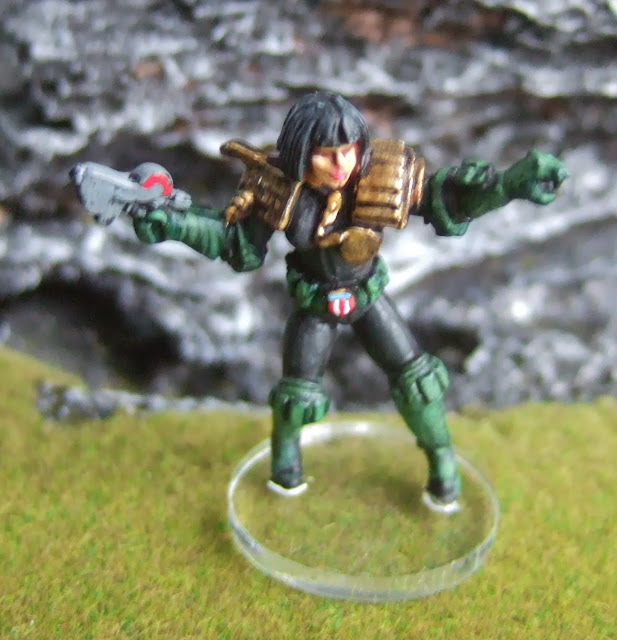 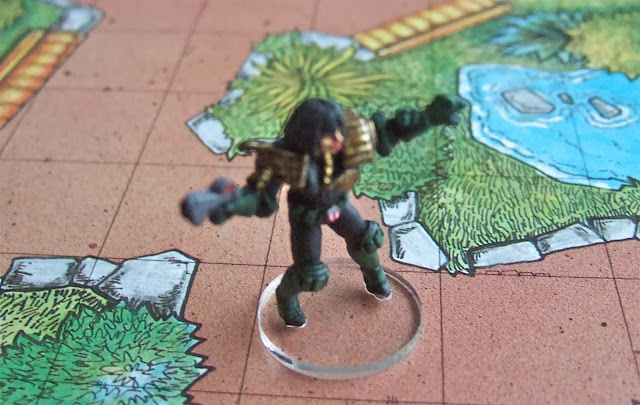 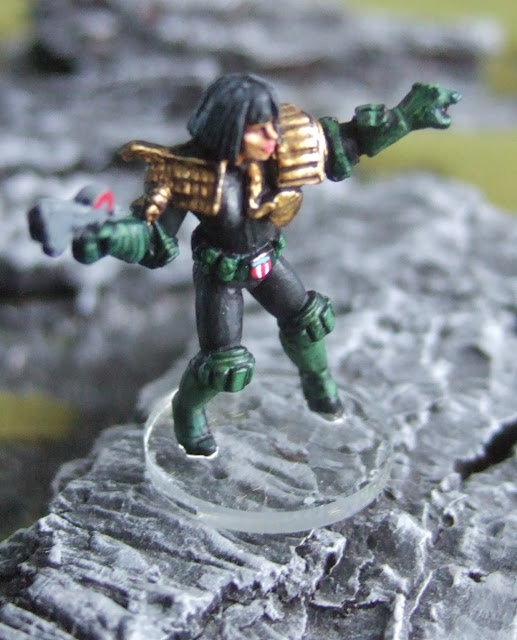